Some of the most rugged back roads lead to the most breathtaking scenery. Colorful vistas. Thick forests. Pristine lakes. There are even a few quiet corners in Canyonlands and Capitol Reef only accessible with a high-clearance, four-wheel-drive vehicle. These trucks and SUVs are capable of getting you there. After that, it’s up to you whether you hike, bike, camp or climb. 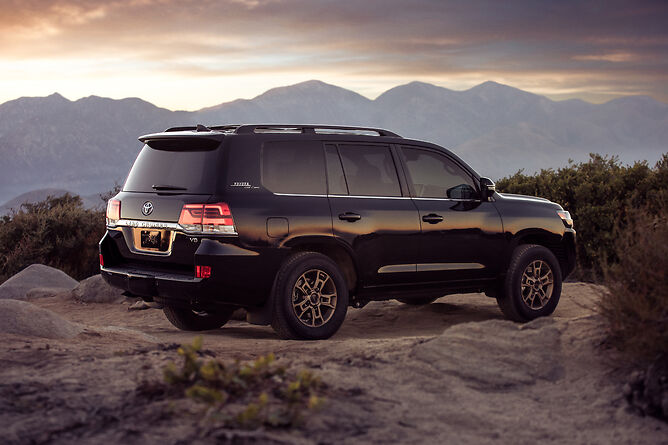 Toyota’s name in the off-road community is legendary. While other manufacturers have long since abandoned body-on-frame off-road vehicles, Toyota has leaned into the design. Rugged and built to last, you can’t go wrong with one of these body-on-frame legends from Toyota.

Mention off-road vehicles and most people immediately think of Jeep Wranglers. The legendary Wrangler and its Gladiator variant are both exhilarating rides, capable of crawling over rocks or cruising on concrete. Take the doors and roof off — the fresh air amps up any adventure.

Ford F-150 is the bestselling vehicle in America, and its Raptor trim is the off-road hero of the lineup. With a widened body and specialized suspension, it is built for desert and mountain trails. The fact that Raptors don’t lose any value is an added bonus.

Eager to catch up to the success of Ford’s F-150 Raptor, Ram released a trio of trucks in its 1500 series: TRX, Rebel and Power Wagon. TRX is the king of the three, with a 700-horsepower Hellcat engine capable of crazy off-road adventures.

We know what you’re thinking: “The G-Wagen is just a mall-cruising luxury vehicle, not an off-roader!” But this SUV is actually a very capable off-road vehicle, even if rarely driven beyond the pavement. G-Class models originated from serious military vehicles, and those roots aren’t completely gone.

Shop KSL Cars to find more off-road vehicles for your adventures, including Land Rover’s LRV and Defender. Both models are worthy of honorable mentions.