Highlights from the 2022 Utah Auto Expo

More than 350 vehicles were on display. Here are just a few of the standouts.
Local Insights

This year’s Utah Auto Expo was a car lover's dream. Over 350 vehicles were on display and it was a great opportunity to get my hands on some vehicles I had only read about online. After spending two days at the Expo, I can happily report that great things are happening in the automotive world, and that the market is only getting better.

Across manufacturers and segments, competition for consumer attention continues to ramp up. “Buyers want it all. Safety, technology, power and comfort, all for an affordable price,” Steve Parrett, Regional Manager of Nissan Corporate Communications told me. “It’s tough to do, but we’re listening to our customers.”

Because of this competition, cars are safer, more powerful and more packed with features than ever before. I had a great time taking in many of the 350 cars on the Mountain America Exposition Center’s floor, and a few stood out to me (and the crowd) that deserve a shout-out.

*This list is in no particular order. The views and opinions expressed in this article are those of the writer and do not represent the views of KSL Cars.*

Anticipation for the new Ford Bronco has been sky-high for thousands of buyers, and after experiencing it in person, I was not disappointed. Attendees got one heck of a greeting right out of the gate — two soft-top, four-door Broncos were strategically parked at the Expo’s main entrance, one in Cyber Orange Metallic, the other in Race Red. 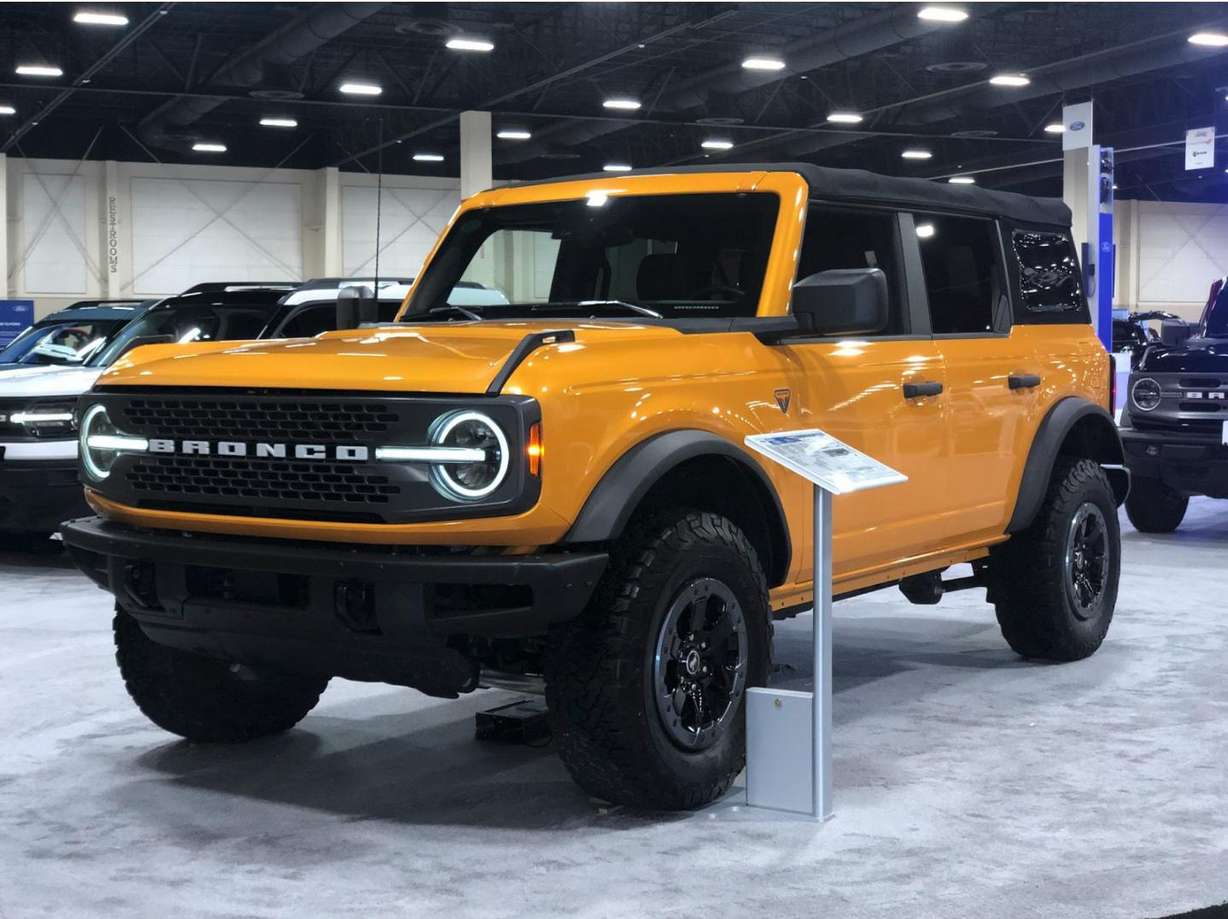 The Bronco struck me as both old school and decidedly modern at the same time. Many SUVs these days are so loaded with technology and luxury that they feel more like appliances than vehicles, but the Bronco’s simple yet imposing presence left me wanting one for myself. Judging by the number of people clamoring to get their time with it, I wasn’t the only one feeling that way.

The previous generation of the Toyota Tundra has been on the market for 14 years, so the arrival of a new Tundra has had Toyota enthusiasts waiting with bated breath. Toyota anticipated this, and brought more than enough Tundras for the excited crowd to get their hands on, including their TRD Pro and Capstone Tundra prototypes. They even brought a rolling chassis to show off the Tundra’s new suspension, hybrid engine and frame. 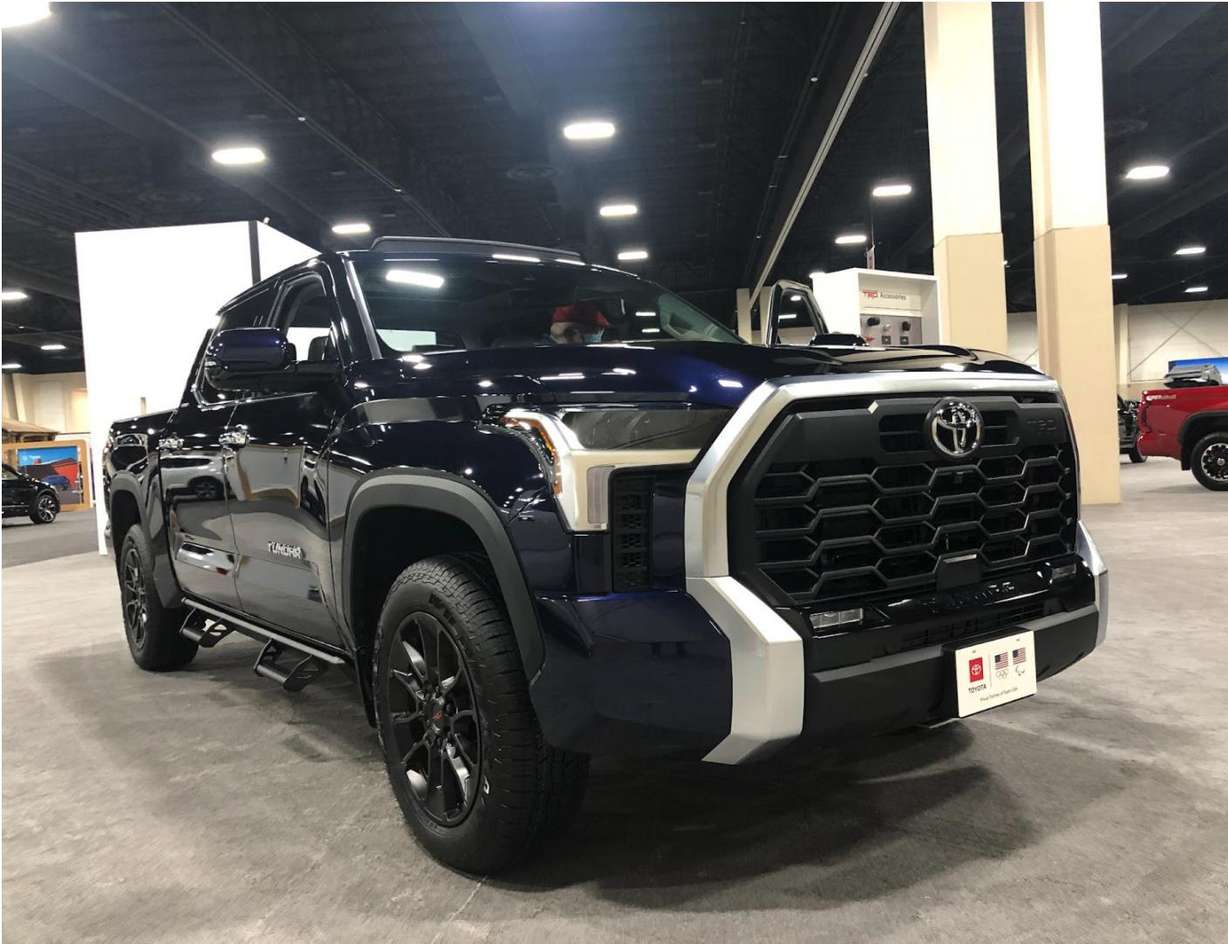 If the size of the crowd it drew is any indication, the new Tundra should sell well. Controversial grille aside, there was a lot to like about the new Tundra. It was spacious, comfortable and very forward thinking with its technology and other features.

“It’s not a real Mustang” was the phrase I heard repeated over and over when looking at the Ford Mustang Mach-E. And yet, Ford’s new electric vehicle drew in lots of onlookers. After speaking with many of those who had viewed it, the consensus seemed to be very positive. People were especially excited about the styling, if not so much the name. 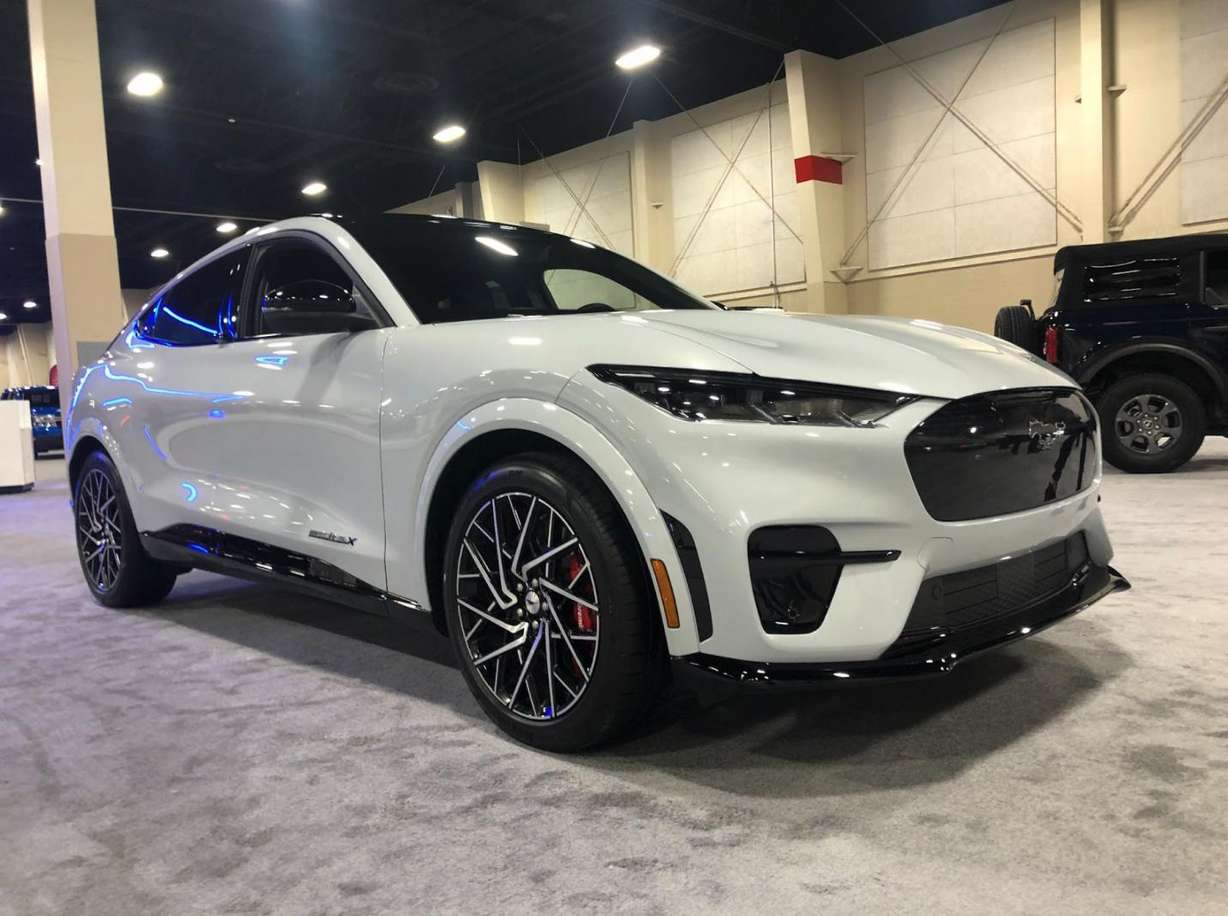 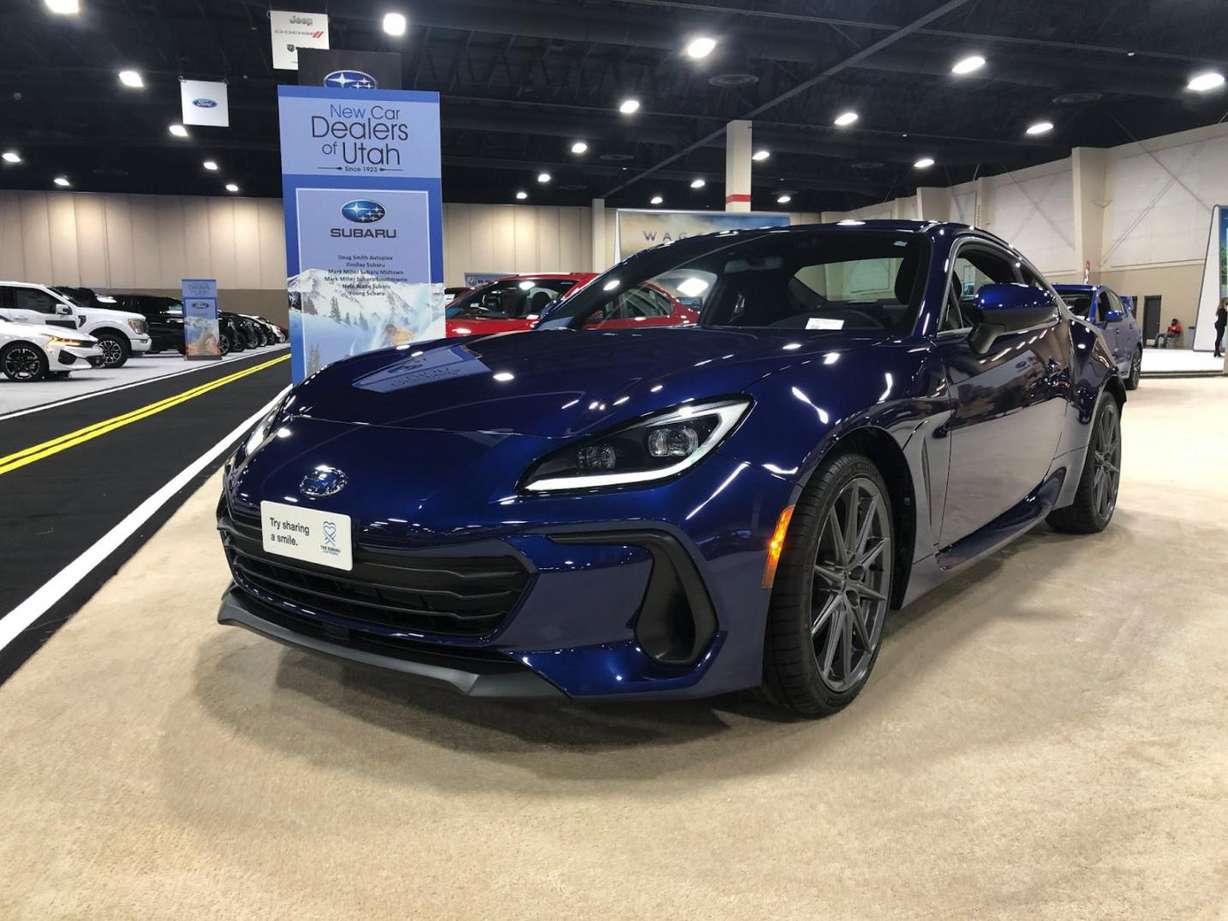 Before you light me up with comments, know this section is subjective. That said, the new Subaru BRZ  is a great looking little sports car. In fact, the new Subaru BRZ and Toyota GR86 are almost in a class of their own. Small, affordable and lightweight, with rear-wheel drive and the option for a manual transmission, the BRZ is a sports car for the masses. I found the new BRZ to be quite attractive for what it is and for how it looks. 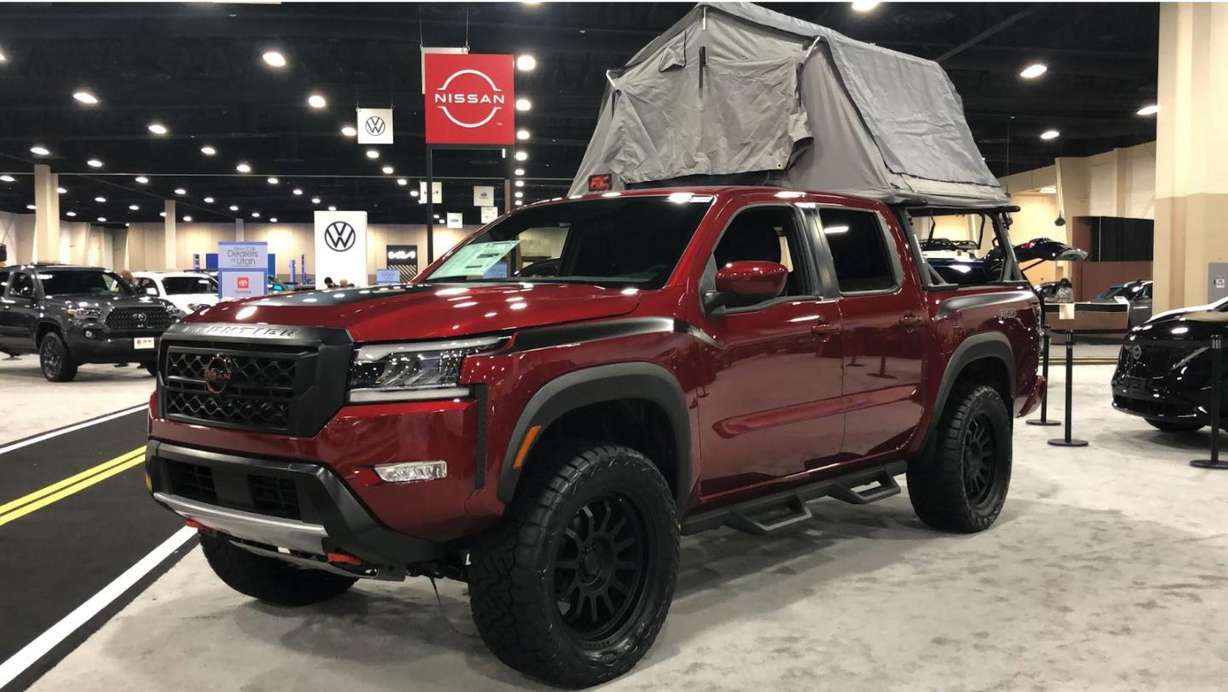 Nissan has come out swinging in the last year and the new Nissan Frontier is more evidence of these efforts. The new Frontier has been revamped top to bottom and it looks fresh, modern and rugged. The previous iteration of the Frontier was first introduced all the way back in 2005, so this stylish new generation is very welcome. 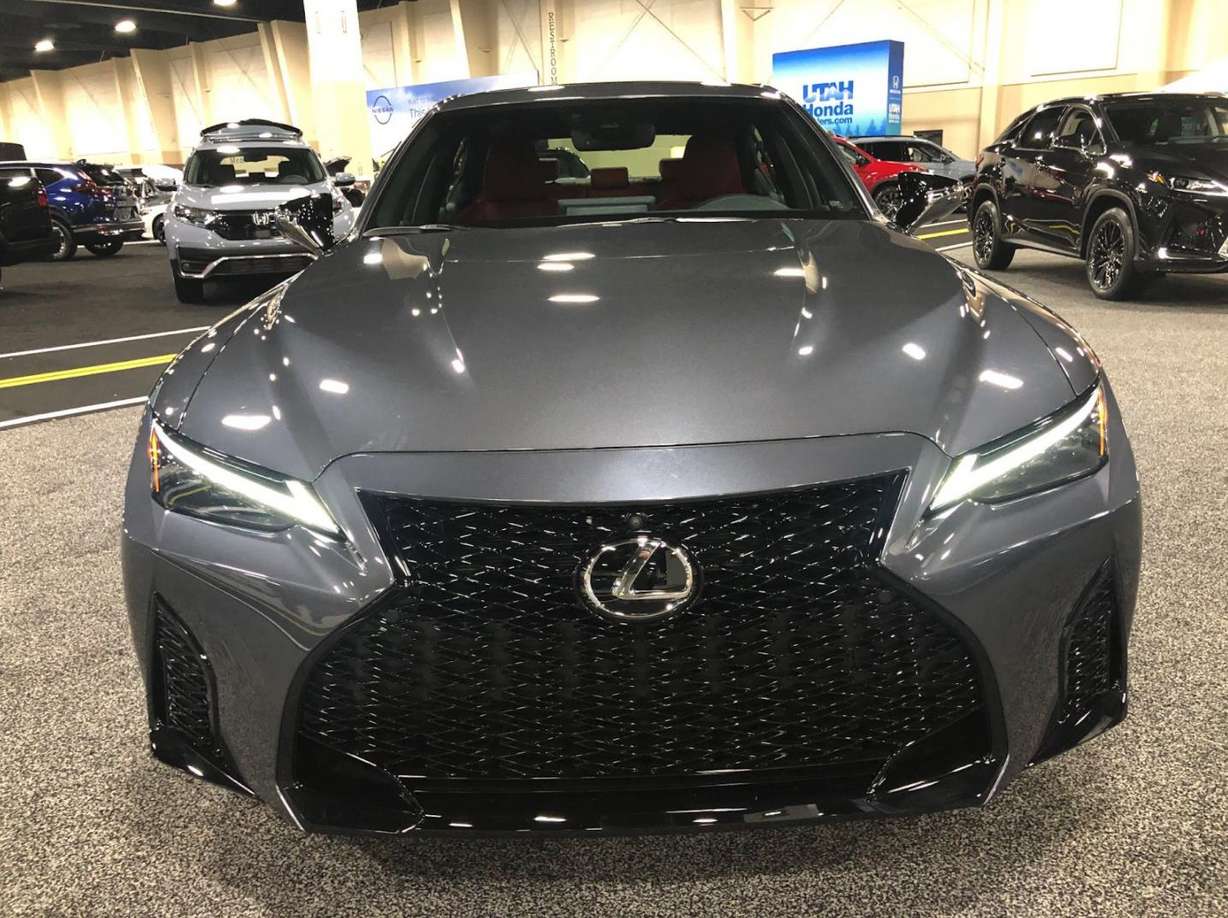 The midsize sports sedan segment is crowded and competitive, and technology and turbocharged engines usually reign supreme. For 2022, Lexus chose a different path and resurrected its big, naturally aspirated 5.0-liter V8 and stuffed it into the mean looking rear-wheel-drive Lexus IS 500. Displayed with a luxurious, red leather interior, there is no mistaking the IS 500’s purpose — all-out, old school, V8 performance driving. 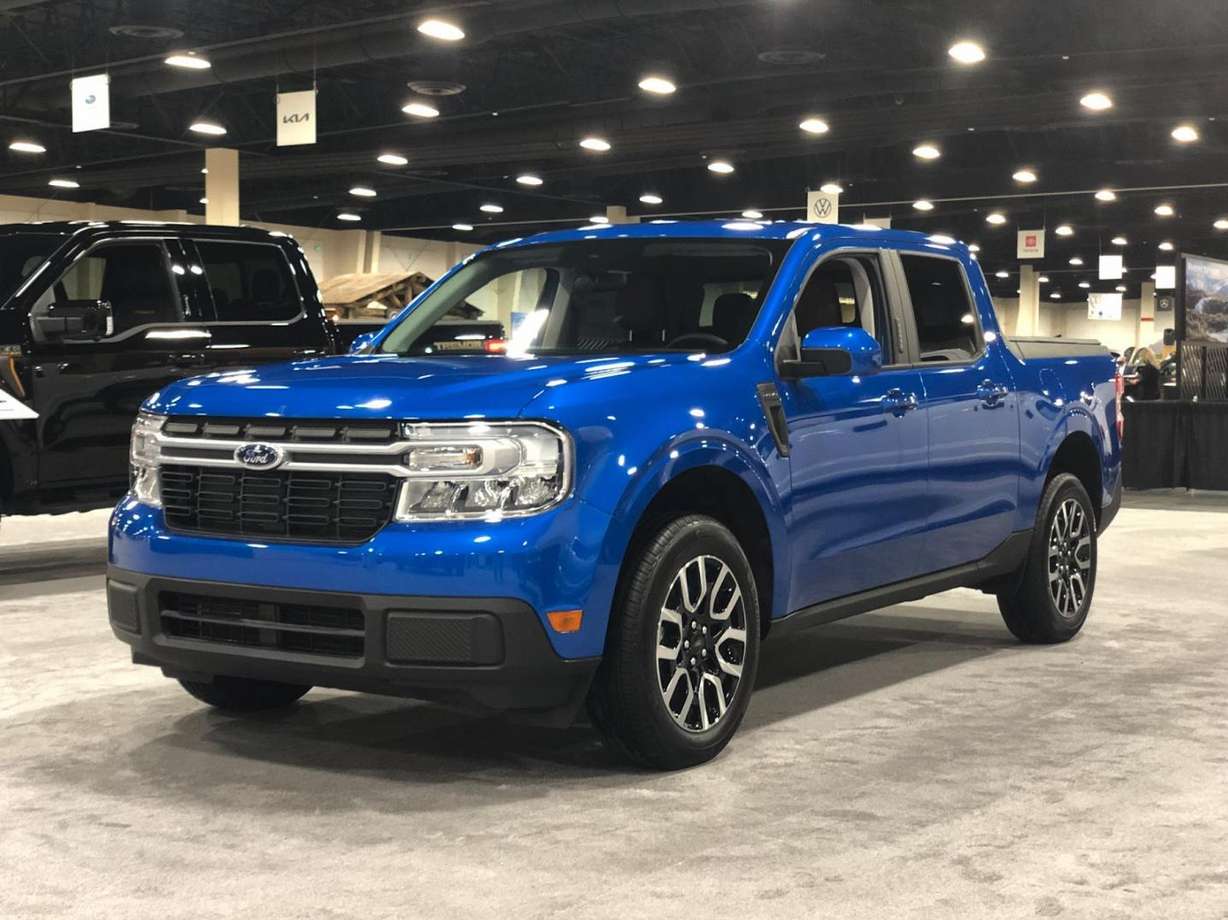 With the versatility of a truck, the size of a compact car and the efficiency of a hybrid, the Ford Maverick could end up being many people’s everyday ride. The cabin was more spacious and comfortable than I expected, and was refreshingly simple in its layout. Sometimes car manufacturers like to take a “more is better” approach, but the Maverick proves that a “less is more” mindset, when thoughtfully executed, can produce surprising results. 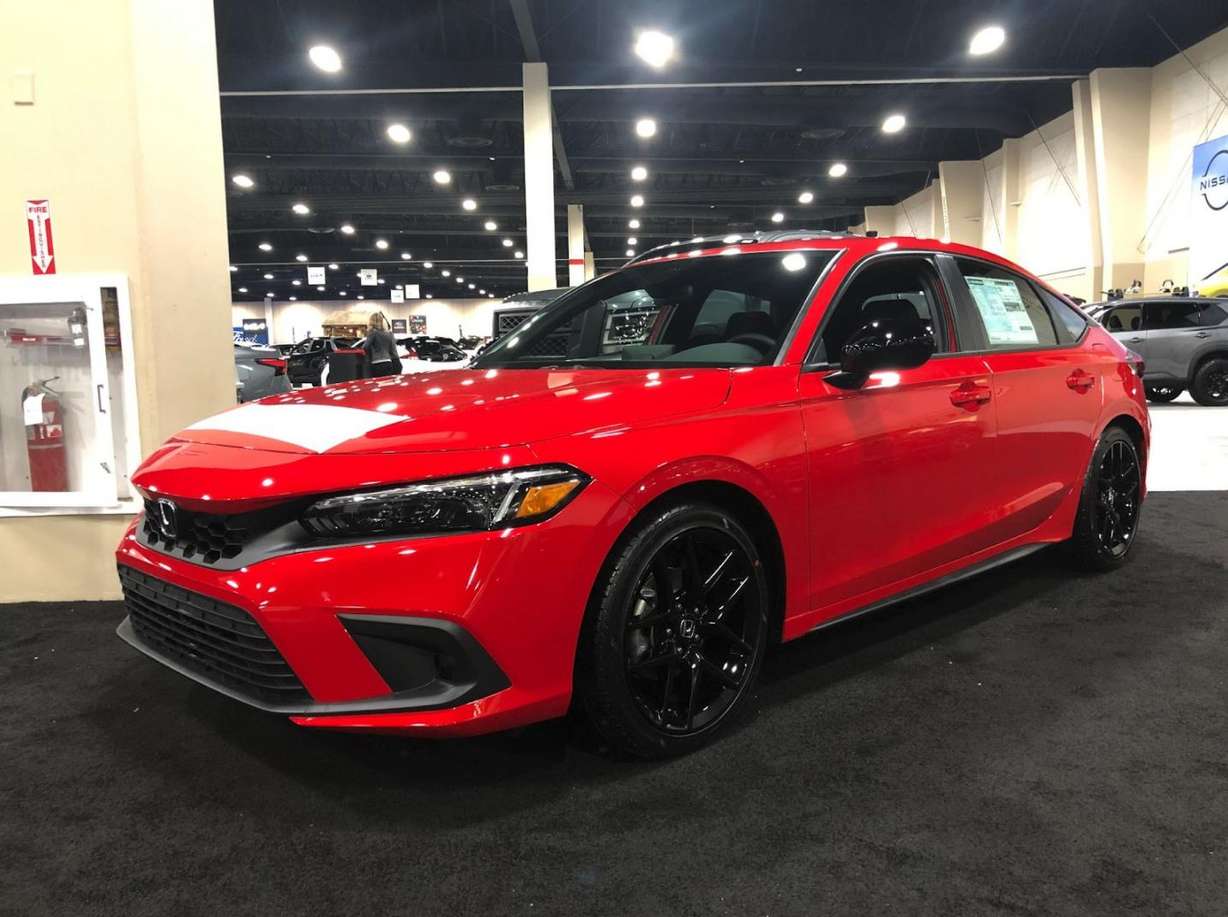 The Honda Civic has been around for almost 50 years, and has always been an economical, reliable and fun daily driver. This stalwart could probably get by with few changes, but seeing the 2022 redesign had me genuinely impressed. The interior is clean and understated, and there’s plenty of room for two adults in the backseat. It looks good, gets great gas mileage and is available with manual transmission. It's really a great car, and I can’t wait to drive one — especially in its spicy Si form. 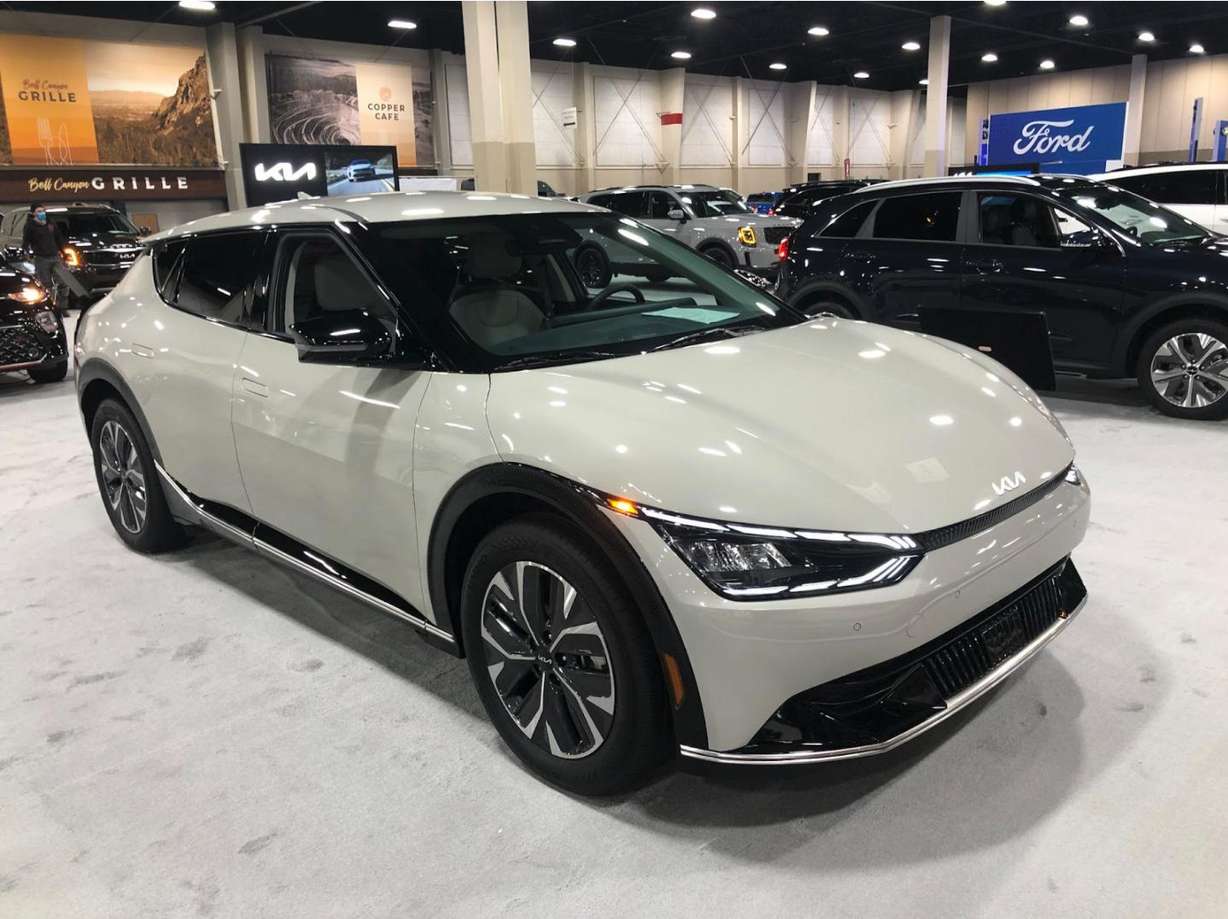 The jury is still out on whether electric vehicles are going to have a major hold on the car market, but Kia’s new EV6 appears to be a wonderfully executed example of an affordable EV. The interior and exterior of the EV6 look sharp, and boasts acute attention to detail. Kia’s been shooting for the moon lately, and the EV6 looks to be another hit — especially with its 310-mile range, all-wheel drive and available 576 horsepower. 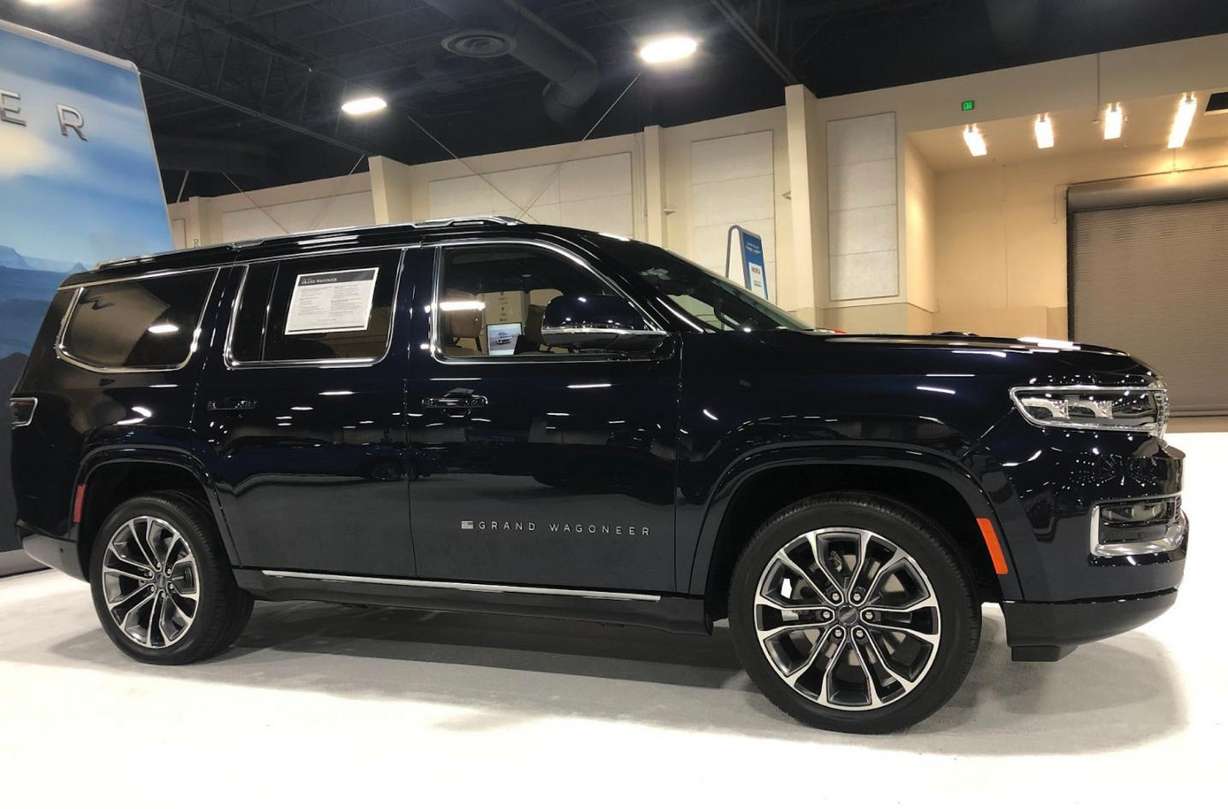 Back from the dead after nearly 30 years, the new Jeep Grand Wagoneer was impossible to miss on the Expo floor. It’s massive, beautiful and, well, grand. Jeep knew it was missing out on the full-size luxury SUV market, so it held nothing back with the new Grand Wagoneer. Peeking inside felt like getting a look inside a celebrity's house on MTV. I wasn’t sure what to expect with the Grand Wagoneer, but I walked away really impressed with Jeep’s efforts to make an American SUV that’s all in on power, opulence and presence.

Thank you to the Utah Auto Expo for having me. Looking forward to next year!

About the author: Having owned everything from a 1981 DeLorean to an E46 BMW M3, and a 100 Series Toyota Land Cruiser, Jason Bell is a lifelong car enthusiast who loves sharing his passions as a teacher, freelance automotive journalist, speaker and social media manager. Contact him at jasonbellcars@gmail.com or jasonbellcars.com for comments/questions.