KSL Cars had a chance to talk to Tom Buckley, the man who’s leading the charge with the state’s first official dealership.
Jason Bell for KSL Cars
February 28, 2022
Local Insights

It Started With a DreamReturning to UtahWhy Utah? Why Lamborghini? Lamborghini’s future in Utah

For most of us, the thought of owning a Lamborghini is nothing more than a childhood dream, set in motion by so many book fair posters plastered carefully on bedroom walls. But the notion that those same cars could ever sit in our driveway often seems too far off as we get older.

For Tom Buckley, however, that dream has become reality. And he doesn’t just own Lamborghinis — he owns Utah’s first Lamborghini franchise.

Officially opened in July 2021, Utah’s first Lamborghini dealership has been a long time coming. In an effort to further expand Utah’s already impressive supercar community, Lamborghini of North America sought Tom out to bring Lamborghini to Utah, and he couldn’t be more excited about the opportunity.

“The car scene in Utah is shocking. It’s incredible what’s here,” he said.

Tom is no stranger to the supercar and luxury car world. In his home state of Tennessee, he helped bring exponential growth to well known luxury brands like Bentley, Rolls Royce, Maserati, Lotus, Aston Martin and others.

Tom’s no stranger to Utah, either. Before his time running Music City Motor Cars in Tennessee, he was the General Manager for the Ken Garff Automotive Group, and he credits the great relationships he’s made in Utah’s automotive world as a large part of the reason he couldn’t resist a call back to the Beehive State.

It Started With a Dream

Like so many car enthusiasts, Tom’s passion for cars began at a young age.

“When I was 14 there was this photographer, Brad Wagner, who shot a series of the Lamborghini Countach under the Golden Gate Bridge. I had his poster on my wall and I told myself, ‘When I grow up and become successful, I’m going to buy myself a Lamborghini.’ Where else in the world can a 14-year-old kid hang a poster on his wall, and aspire to not only own one, but own the franchise?” 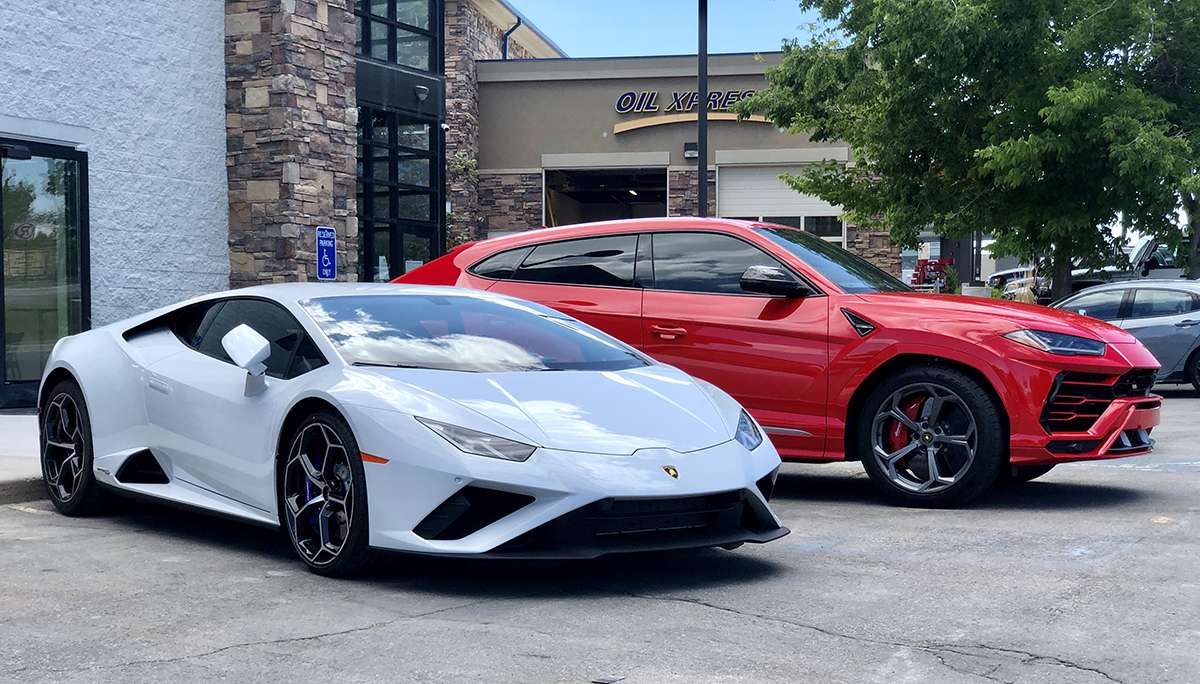 But Tom’s dream didn’t come to fruition in the ways one might expect. He didn’t receive a degree from a distinguished university or have any special connections — he built his success from the ground up.

“I’ve never claimed to be the smartest guy in the room. I’m just a dumb country boy from Tennessee that found something I love doing.”

Tom got his start in cars right out of high school. While his mom was initially hesitant about the career path, he quickly proved that selling cars could not only be a viable vocation, but a fun and fulfilling one as well.

“I was in my first year of school and I had this buddy who was selling cars. My mom was a CPA and former valedictorian, and I told her about my friend selling cars and how well he was doing. Because she was supporting me at the time, I asked if I could sit out one semester of school, just to see how I would do at this car thing. She told me I could take the summer. That was all I would need. My first month I made more than my mom.”

As much fun as it was to make more money than his mom, Tom soon discovered that what he enjoyed most about car sales was talking to people and the sense of fun he found in doing so. He signed up for school that fall, but soon withdrew from every class. The love of people and cars had taken hold, and wasn’t about to let go any time soon. 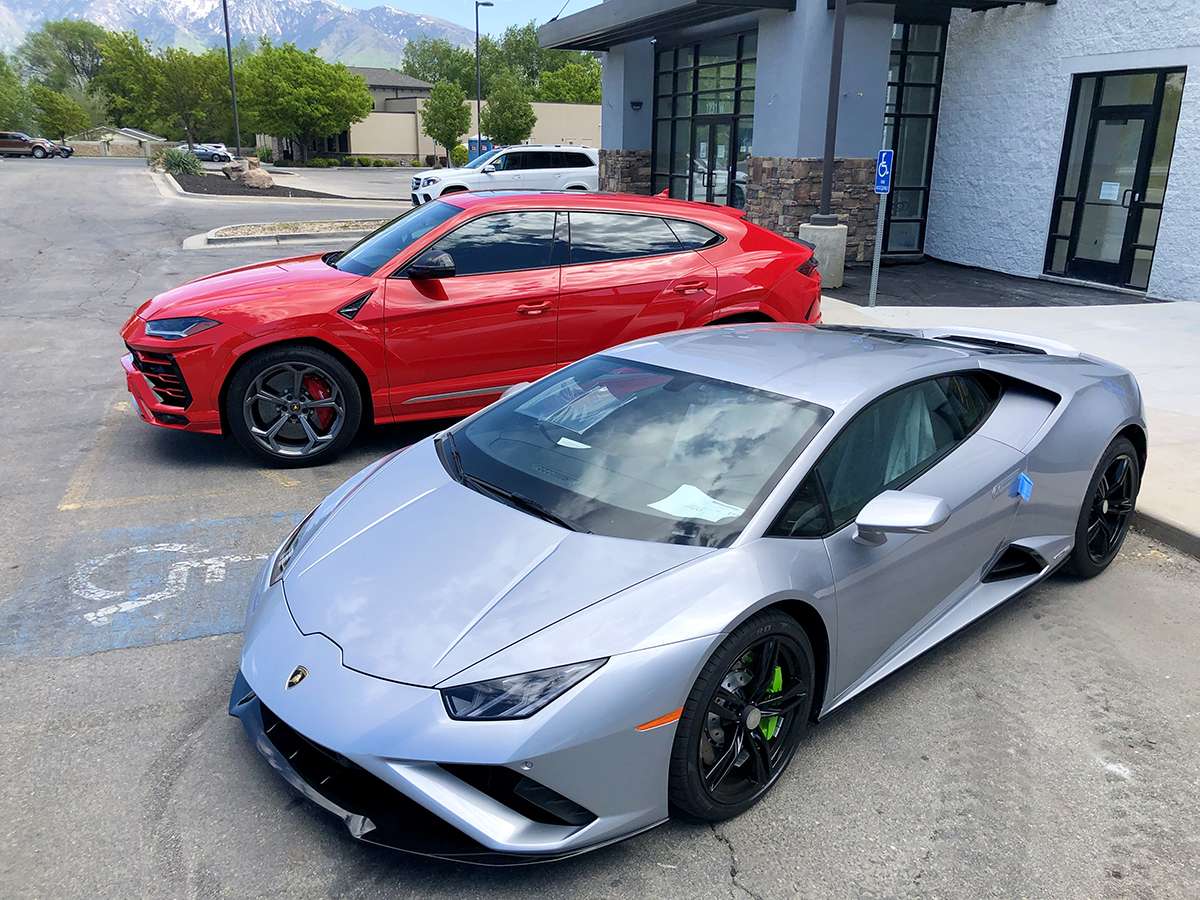 “I was 19 years old with everything on the line. All on my own. I started in a BMW and Mercedes dealership. I liked the cars, but the kind of customers those cars brought in was why I was really there,” he said.

“Cars just bring out a passion in people, and that passion follows them through life. You can’t find anything else that people stick with through a lifetime. It’s fun.”

Tom’s return to Utah was actually a bit of a surprise opportunity. “In 2019 Bentley reached out and said, ‘Hey, we’re going to Salt Lake, would you be interested?’ I absolutely was.”

But Bentley wasn’t coming alone. Lamborghini wanted in on the action and reached out as well. “If you’re interested, we’re interested,” they said.

While he loved his time in the south, Tom is always open to new doors of opportunity (especially when they lead to Utah). And according to Tom, that’s how he’s built his entire career.

“If you’re given a door that’s open, go through it and follow those open doors until they close. My career has been a series of open doors. I feel fortunate and blessed to represent brands like these.”

If you’re not familiar with the world of supercars, the good news is that you’re in a great spot to get familiar. Utah’s supercar scene has exploded in the last 10 years, and it doesn’t show any signs of slowing down. With organizations like Envision, Need 2 Drive Utah, 118 Racing and others, some of the rarest and most exotic cars in the world have found their way into the garages of many Utahns — and Lamborghini has been paying attention.

“When I opened Nashville in 2011, we had six Bentleys and 21 Maseratis in Tennessee. It only took me four years to grow those numbers exponentially,” said Tom. “The first year is always rough, but to come out of the gate in Utah with 10 times the product and 10 times the customer base that I started with in Nashville … that’s a pretty hard opportunity to say no to.”

“Lamborghini has known that Utah is ready,” he continued. “The president of Lamborghini in North America, Alessandro Farmeschi, was telling me about this drive he did from Park City to Jackson Hole and there was so much passion in his voice, I just knew the Utah deal was done.”

“It’s a unique business model. We’re dealing with high-end luxury items, but at the end of the day, a Lamborghini is still just a car. It’s the experience that’s totally different,” Tom explained as he walked around his new dealership.

When asked about what sets the Lamborghini experience apart from other dealerships, he answered, “We are not a car dealership. A car is our end product, but we’re all about the relationship. As the owner, I talk to every customer. If you go to any regular dealership, and you ask to talk to the owner, you’re going to get laughed out — it’s not going to happen. I take a personal interest in everyone who walks through these doors.”

“I know when someone walks in here, they don’t need that car. I am merely a means to an end to satisfy a desire for luxury. They’re not here because they need a car. It’s a totally different experience, for the sales side and the customer side, because it’s all about the relationship. I go mountain biking with my customers, go to the movies with them, go to dinner with them … this isn’t a transaction. It’s a relationship.”

With his new dealership opening soon, Tom is set to revolutionize the state’s car scene. And with a handful of big ideas ruminating, you can expect more to come from this self described “country boy.”

Until then, Utah is proud to welcome its first Lamborghini dealership, which is sure to be in good hands withTom Buckley leading the charge.

How does Tom feel about where he’s at in his career? “It’s all about that Lamborghini Countach on the wall, that dream as a kid. It all started with a dream.”

About the author: Having owned everything from a DeLorean to an E46 M3 to a Toyota Land Cruiser, Jason Bell is a lifelong car enthusiast who loves sharing his passions as a teacher, writer, speaker and social media manager. Contact him at cinnanekbell@gmail.com for comments, questions, or if you, or someone you know, has a cool car story and would like to be featured.