Utah’s five picturesque national parks get loads of tourist attention each year, but many locals forget about the incredible landscape of Monument Valley Navajo Tribal Park. This unique desert landscape is located in the far reaches of southeastern Utah, near the Four Corners.

Monument Valley sits on the Colorado Plateau at about 5,000 feet in elevation. It’s home to a wide variety of red sandstone rock formations, some of which tower upward of 1,000 feet. The valley of the rocks — “Tsé Bii’ Nzigaii” in Navajo — showcases the result of over 50 million years of natural erosion.

Today, the sights are visible from a modern visitor center or can be enjoyed more intimately via a tour, either professionally-guided or self-guided. Admission to the park is $8 per person. Hours vary depending on the season, so a pre-trip website check is recommended.

For more than three years, I have owned a 1996 Acura SLX 4WD SUV (better known under the name of its badge-engineered sibling, the Isuzu Trooper). As capable as the vehicle is, I have never taken it off the pavement — until now. 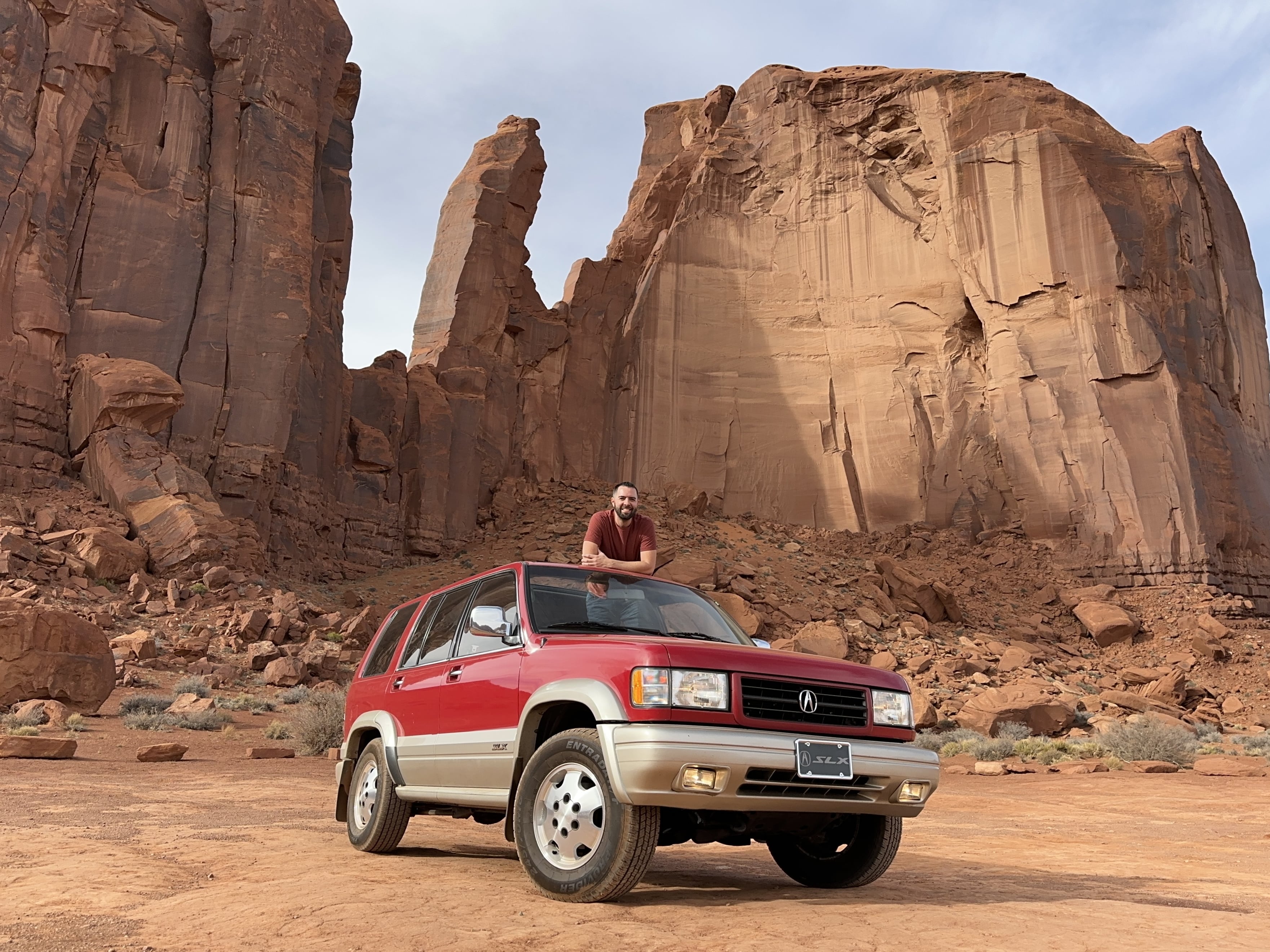 My round-trip journey started out in Phoenix, where I headed northbound on Interstate 17 toward Flagstaff. The first 140 miles included a climb of over one vertical mile in elevation, which helps explain why temperatures in Flagstaff are typically about 20 degrees cooler than in Phoenix. Next, I headed northeast along U.S. Route 160 and could already see the landscape around me transform into a red rock wonderland.

About 300 miles —and five hours — into the drive, I entered the park security station. The main attraction inside Monument Valley is a 17-mile dirt road that includes both two-way and one-way sections. The road is largely car friendly, but it has a few areas with washboard ruts and jagged rocks. Luckily for me winter is considered off-peak, which means fewer visitors. I had more freedom to travel at my leisure and pull over to soak it all in. 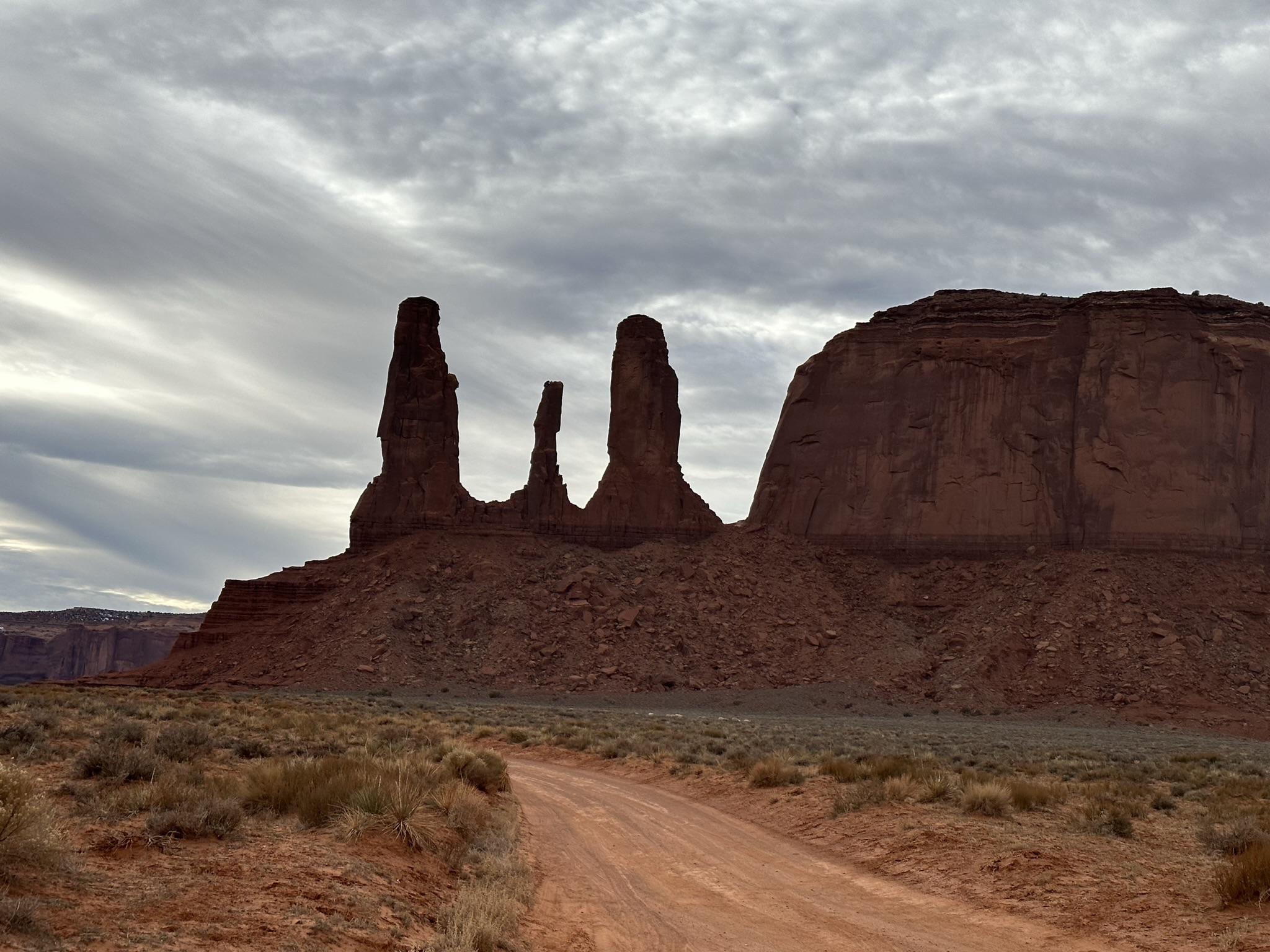 The complete loop took me about three hours to complete. During that time I saw my favorite landmark, the Three Sisters, an aptly-named formation of three distinct pillars of varying sizes. The atmosphere gave me Wild West vibes, almost as if I were driving through the set of an old Western movie with John Wayne.

Having worked up an appetite, I was pleased to come across a roadside food stand. I ordered a $12 Navajo taco — a fry bread shell topped with chili beans, lettuce, tomatoes and onions. The flavor was amazing, and the seating at a picnic table nearby offered a 360-degree view. 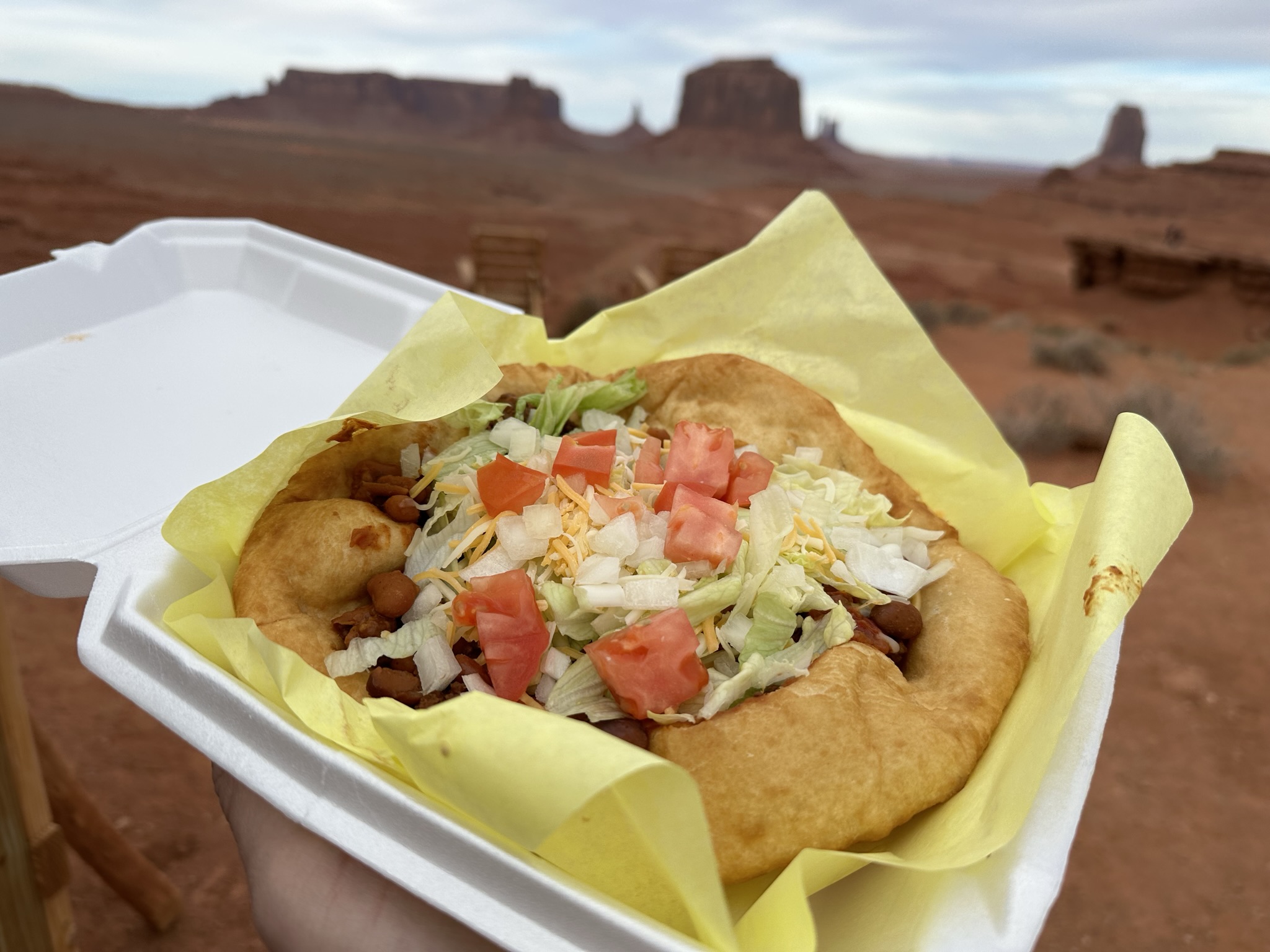 There were souvenirs available for purchase nearby, including arrowheads, turquoise jewelry, dream catchers and other handcrafted native artifacts. “Buy local, buy Navajo,” said one of the signs. And despite being out in the wilderness with limited cellular service and no WiFi, the vendors did accept credit cards. In fact, most shops prefer cards. Currency exchange can be a source of germ transfer, and the COVID-19 pandemic hit the Navajo Nation especially hard. Most stores and indoor public areas continue to require the use of a face mask.

My lodging for the night was at The View hotel, where each room features a balcony or patio that overlooks the valley below. The adjacent Haskenneini Restaurant, which offers both American and native cuisine, was calling my name for a bite to eat (but not too much, since I had consumed that taco earlier). A gift shop in the same building was full of wares such as pottery, apparel and souvenir trinkets. I found the amenities and hospitality to be top-tier, and I picked up a couple of bumper stickers for good measure. 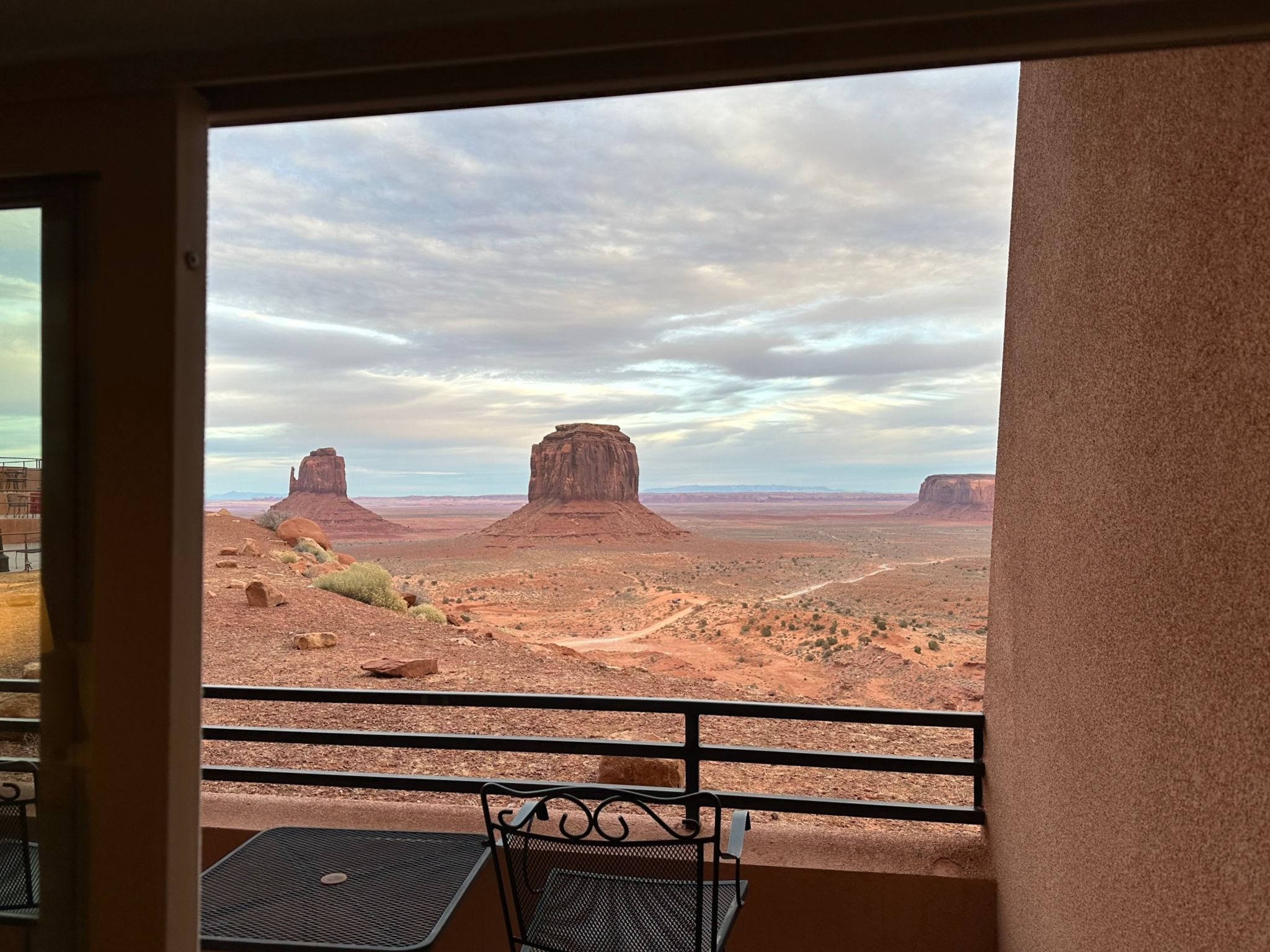 As luck would have it, my timing for this adventure was perfect. If I had been in northern Arizona one day later, I would have been caught in a fierce snowstorm that hit the Flagstaff area. I saddled up in my SLX around 6:45 in the morning and headed five miles to the settlement of Goulding for a hot breakfast, then made my way southbound to Phoenix as the ambient temperatures steadily climbed around me. 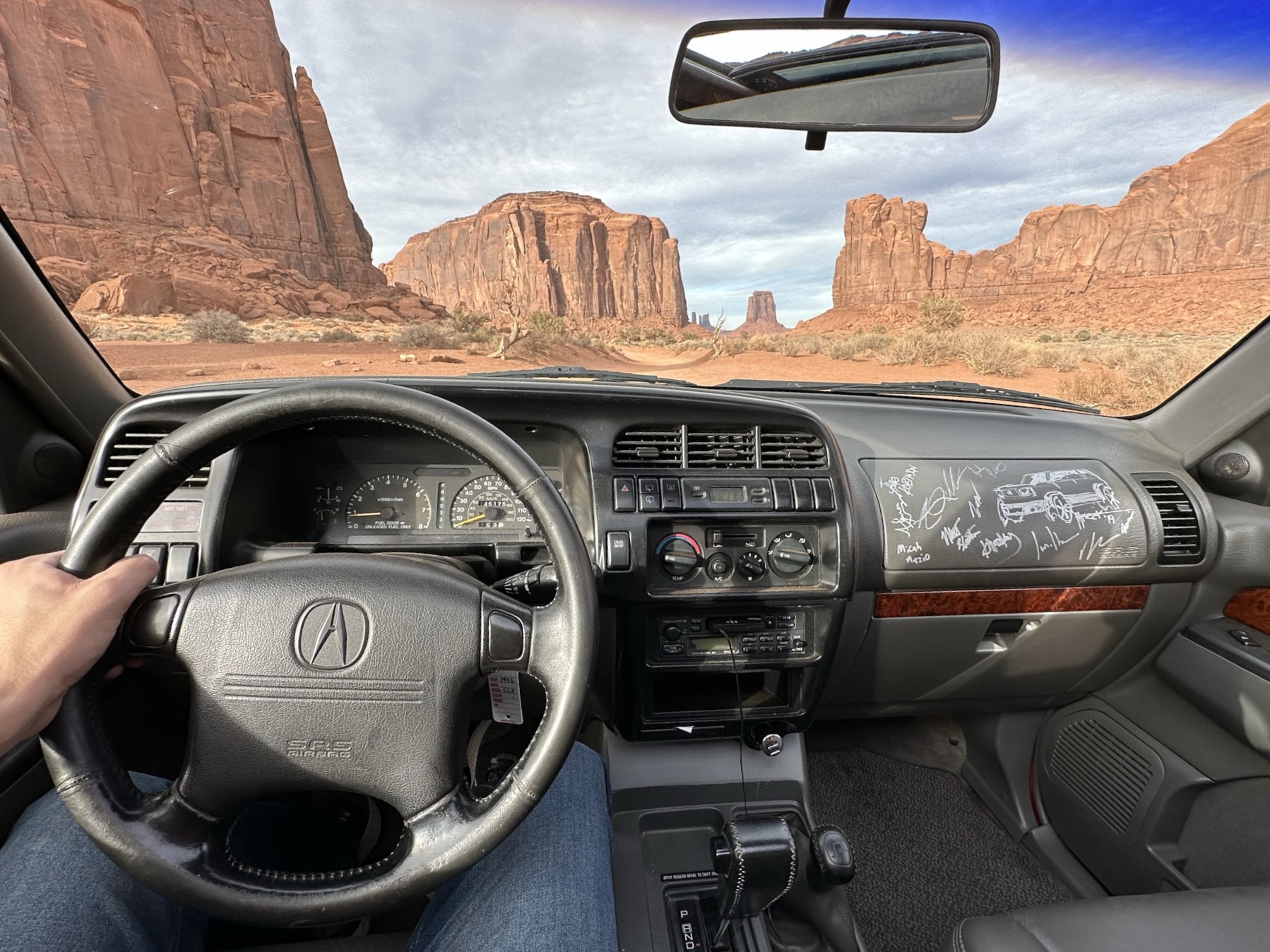 A Navajo saying reads, “Be still and the earth will speak to you.” Without a doubt, the Monument Valley area is one of the best places on the planet to be in tune with nature. I highly recommend adding a visit to your travel calendar.

Maybe you or your family could use a new ride for upcoming adventures in the new year. Check out KSL Cars to find one.