The Land Rover Defender is an iconic on- and off-road adventure vehicle that’s been safely toting around its occupants for decades. Perhaps that’s why this posh yet rugged midsize luxury SUV is popular among royalty, including Queen Elizabeth II. Now it’s getting another attractive feature: more seating. The 2023 Land Rover Defender 130 is longer, more spacious and more affordable than you might think.

Land Rover has used the Defender 130 designation in the past, but the 2023 version is essentially a Defender 110 that’s had a growth spurt. The new Defender is 13.4 inches longer than its predecessor, but the extra space has been added only to its interior, not the wheelbase. Translation: You can haul more stuff — including an extra passenger. The third row now has space for three adults, bringing the Land Rover Defender seating capacity to eight. The Defender 110 only came with an optional two-seat third row.

Land Rover has taken steps to ensure backseat passengers don’t feel like second-class citizens, either. The second row slides and folds for effortless access to the third row. Both rows have heated seats, armrests, stadium seating and USB-C ports to maximize comfort and luxury.

One of the biggest surprises about the new Defender is that it doesn’t come equipped with a V8 engine — yet. Instead, the 2023 version comes with two 6-cylinder options. The first is a new mild-hybrid turbocharged P300 powertrain with a 3.0-liter inline-6. It has 296 horsepower and delivers 347 pound-feet of torque. The other is a P400 version of the same engine, with 395 horsepower and 406 pound-feet of torque. The latter is the same engine you’ll find in earlier versions of the Defender. Every Defender 130 will have an 8-speed automatic transmission and all-wheel drive. 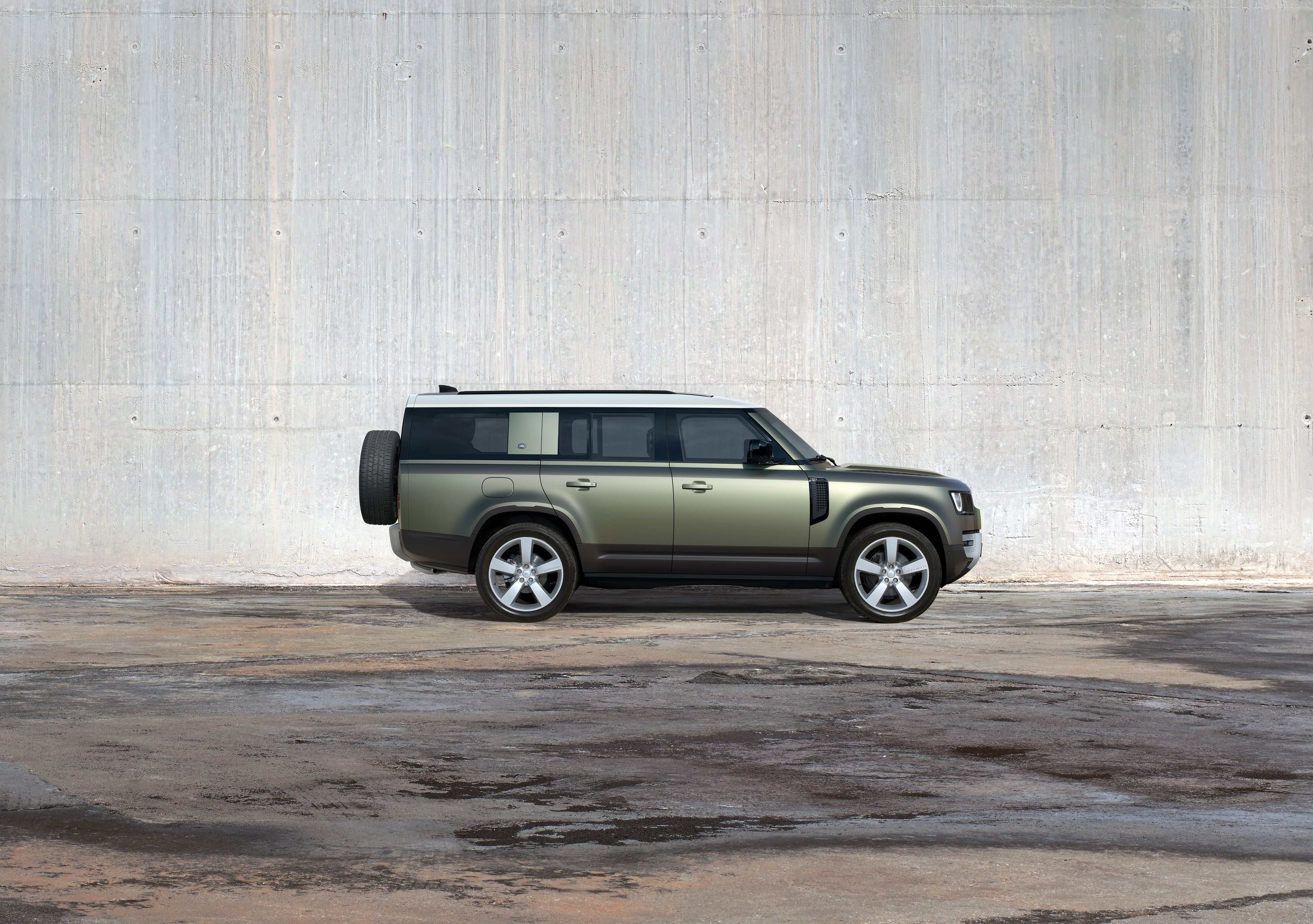 On both the exterior and interior, Land Rover is upping its game in terms of color options. The new Sedona Red is exclusive to the 2023 Defender 130. The Extended Bright Pack adds Ceres Silver Satin finish on the lower body, along with Noble Chrome front and rear skid plates. The First Edition trim comes in three different combinations, each with a distinct color and design theme. On the inside, buyers now have the option of a Natural Light Oak wood trim, as well as Light Oyster or Vintage Tan leather.

Aside from the extra space, Land Rover added a few more creature comforts, starting with the Cabin Air Purification Plus system. The new tech reduces airborne pathogens and minimizes odors. Each row gets its own ventilation system, and four-zone climate control is available as an extra option. Loading up the trunk of a Defender 130 should also be much easier, thanks to Land Rover’s addition of a handy rear button that controls the air suspension. 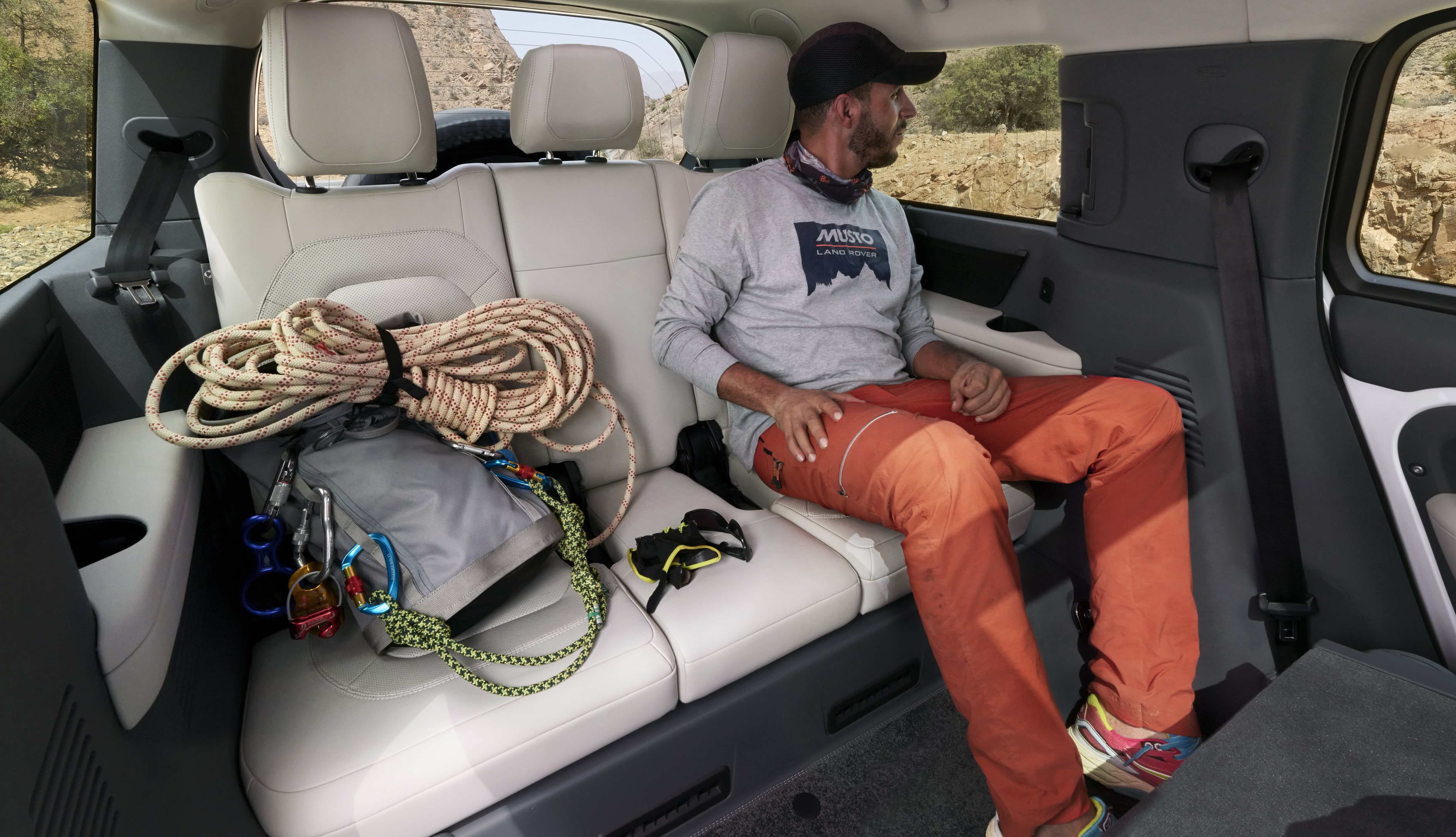 The 2023 Land Rover Defender 130 will be available in S, SE, X-Dynamic SE, X and First Edition trims. The starting MSRP for the Defender 130 S is $69,350, which may feel like a bargain given its increased seating, storage and power.

You just might be able to add the new 2023 Land Rover Defender 130 to your Christmas wish list — it’s expected to reach U.S. customers by the end of 2022. If you don’t need the added seating or storage space, but you still want to own the upscale off-roader, check out the previously owned Land Rover Defender listings on KSL Cars.