The automotive powertrain landscape is evolving quickly, as more vehicles adopt battery-powered electric motors. Honda is merging in with an all-new small SUV: The 2024 Prologue, developed jointly with General Motors.

Honda announced the fully electric vehicle in 2021, calling it the first in a new era of electrified vehicles. The Prologue is on par with its existing SUV lineup, Honda said, ready for both daily commuting and weekend traveling.

Honda is no stranger to building popular electrified vehicles. It offered the hybrid Honda Insight more than 20 years ago, with fuel economy that reached upward of 80 mpg. Today, the Accord Hybrid and the CR-V Hybrid are achieving record sales, according to Dave Gardner, executive vice president in business and sales of American Honda.

By definition, the word prologue refers to an introductory section of a literary or musical work. In that vein, the 2024 Honda Prologue will serve as the first in a series of EVs.

We can’t help but draw similarities to the aptly named Prelude, which held its ground as a renowned sports coupe in the Honda lineup for more than two decades — between 1979 and 2001. If the Prologue makes a marketplace impact as big as the Prelude did, Honda will have another hit on its hands. 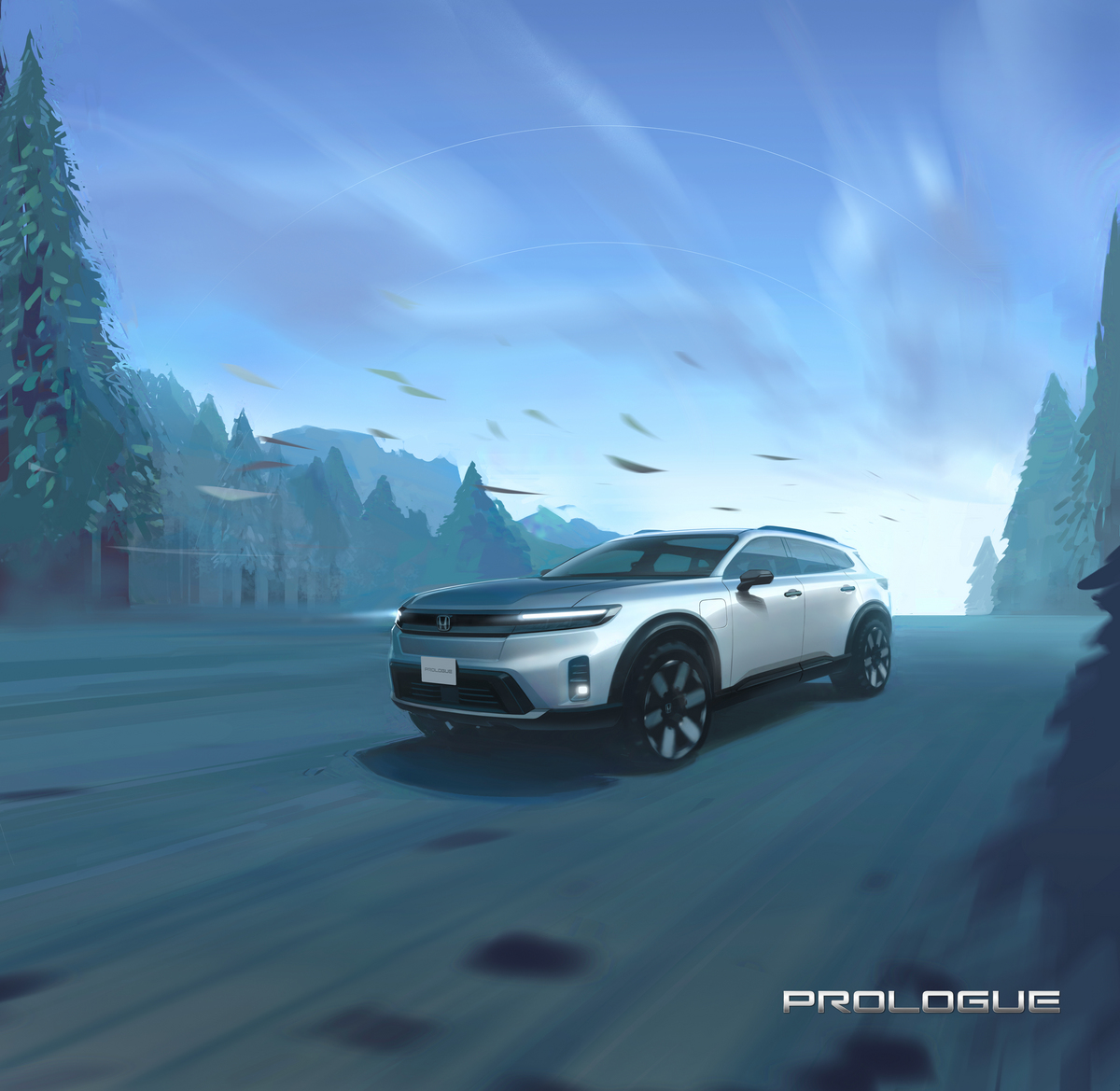 The Honda Prologue SUV will be a battery-electric vehicle, with Ultium batteries sourced through a partnership with GM. The battery — rated at 100 kilowatt-hour — will be connected to a rear-mounted 340-horsepower motor, delivering 325 pound-feet of torque. Honda targets a driving range of 300 miles per charge, which puts the Prologue in line with existing EVs such as the Tesla Model 3.

Styling for the Prologue was developed at Honda’s Design Studio in Los Angeles, with virtual input from its offices in Japan. A full reveal is still forthcoming as of this writing. However, Honda has announced that aerodynamics is one of the key design areas. When a vehicle does not make engine noises, wind buffeting, road noise and other intrusive audio is more noticeable. As a result, every line, door handle and fender needs to be properly aligned to direct air flow.

By size, the 2024 Honda Prologue will reportedly slot between the Passport and Pilot models. The compact SUV will have two rows.

Honda has an ambitious timeline for its rollout of electric vehicles. By 2030, Honda plans for EV and fuel cell vehicles to make up 40% of its sales, then 80% just five years later. Finally, by 2040 Honda expects all its North American sales to be EVs. 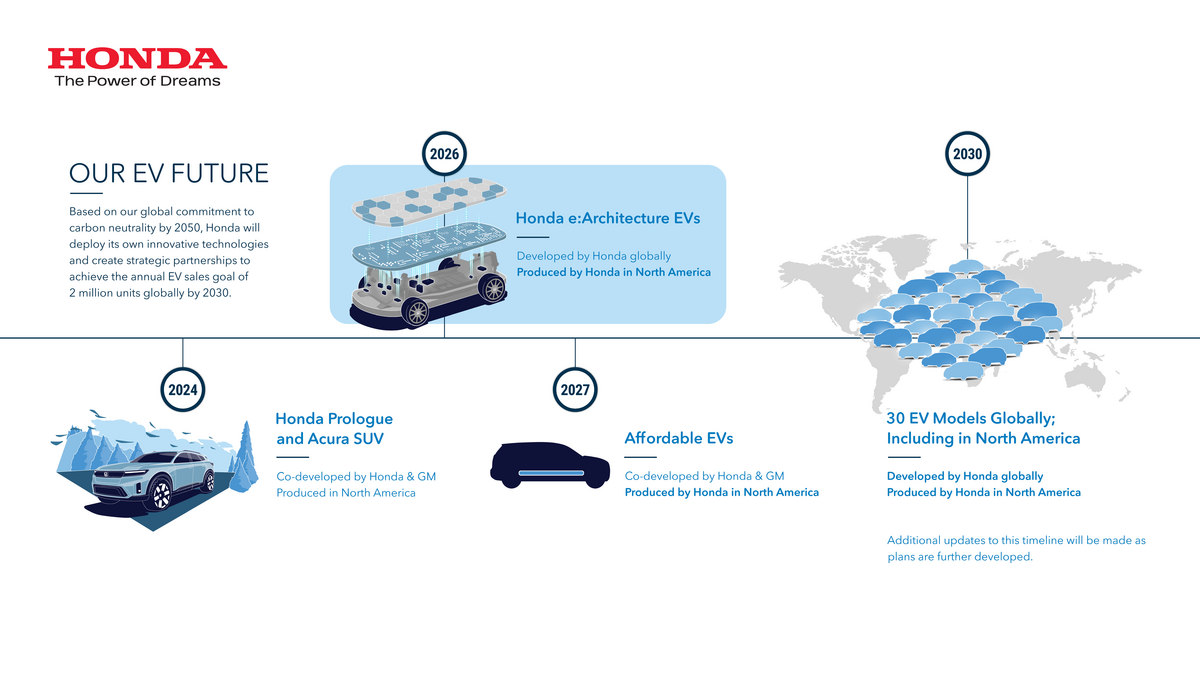 We are excited to see what the Honda electric SUV is like when the rubber hits the road within the next year or two. In the meantime, if you’re ready to join the EV movement — or just want to see what’s happening — see what’s available on KSL Cars.