First Look at the All New 2023 Acura Integra

The Acura Integra is back, and we took it for a spin during the first drive event in Austin, Texas, in May 2022. Having logged about 150 miles on an A-Spec Integra 6-speed, I liked what I saw, felt and experienced.

The hill country surrounding the Austin metropolitan area was a prime location to flex the Integra’s handling prowess. Underpinnings have been precision crafted — that’s Acura’s slogan, after all — to optimize the balance between smooth handling and confidence inspiring performance. 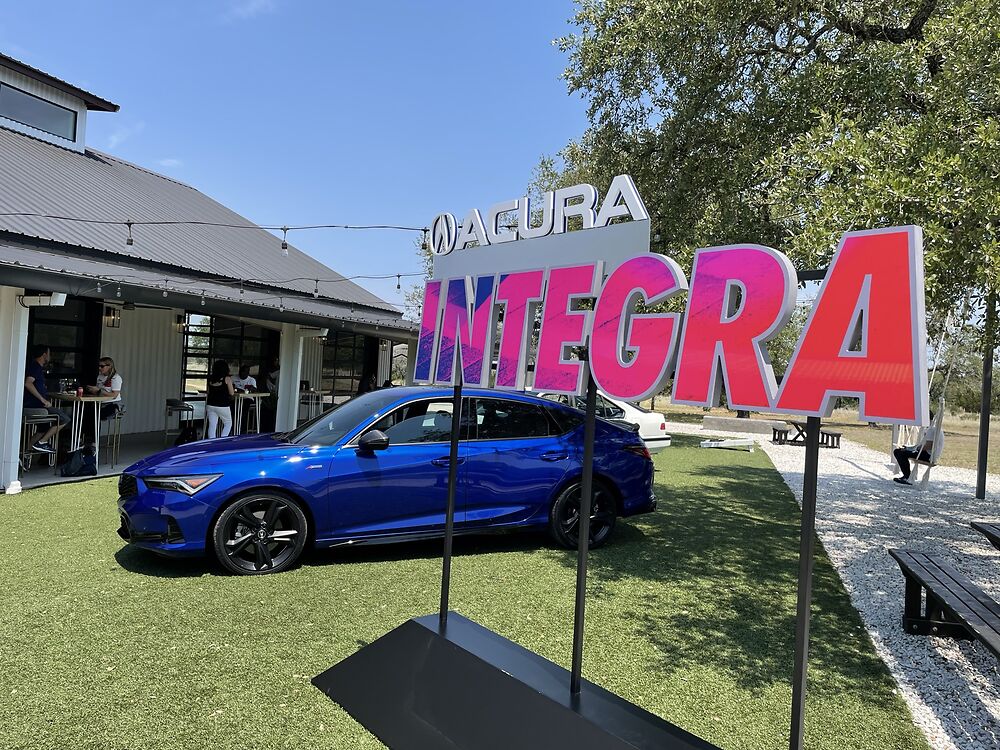 A press kit circa 1986 said, “The Acura Integra models are sophisticated sports sedans designed for spirited driving. They’re sporty as well as practical. With their long wheelbase and wide track, they offer outstanding stability, comfort and interior space.”

When Andrew Quillin, Acura Public Relations, addressed the group of journalists assembled at the Austin Proper Hotel, he emphasized how the new Integra embodies that same philosophy 36 years later.

Enthusiasts are passionate about the heritage of the nameplate. Having sold over a million units in North America before it was retired in 2001, the original left massive shoes to fill. So it makes sense the rebirth of the Integra has been met with plenty of anticipation.

Based on marketing strategy, younger buyers are clearly the target audience for this compact sport sedan. Acura has leveraged an industry-first digital showroom in the metaverse, as well as an online anime cartoon series called “Chiaki’s Journey.” In addition, the first 500 buyers can claim a proprietary non-fungible token of the sedan, created by 3D artist Andreas Wannerstedt.

But does it matter who drives it? Not to Emile Korkor, assistant vice president of Acura sales. “I don’t care how old you are, as long as you have the right energy,” he said. 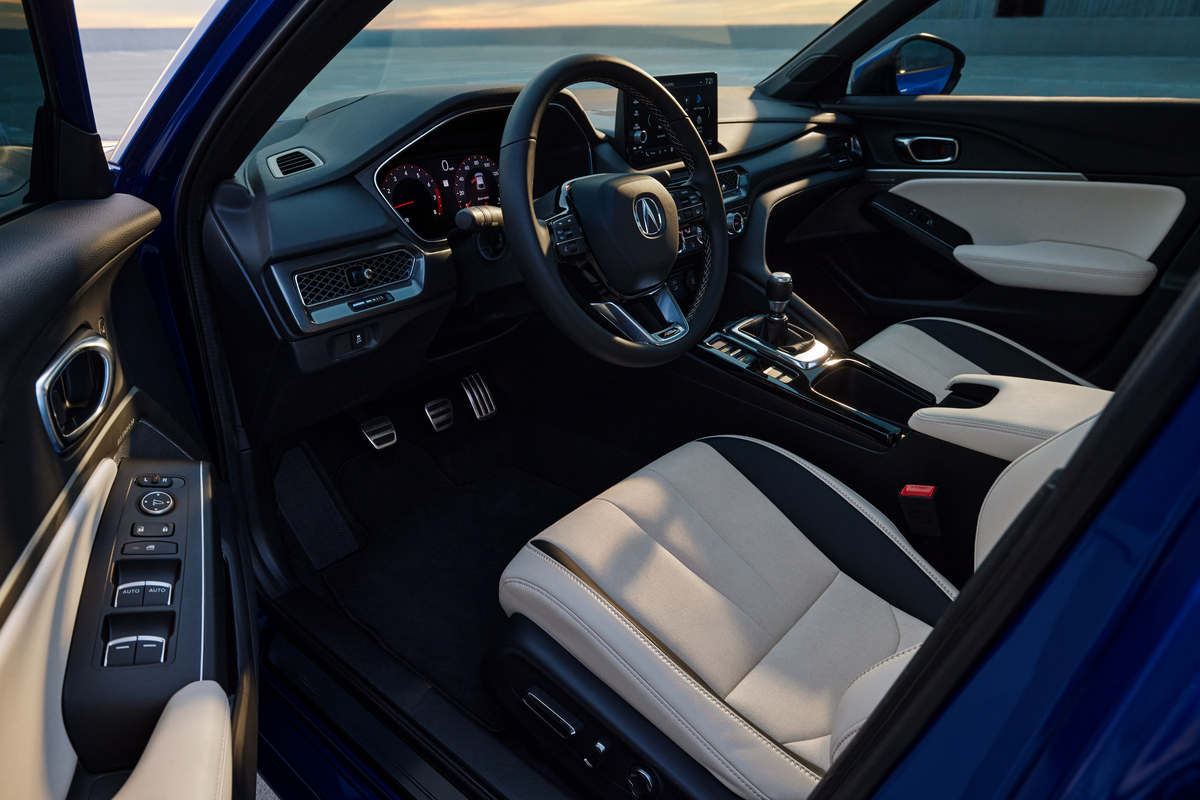 Power under the hood comes from a turbocharged 1.5-liter inline-4 with 200 horsepower. A limited-slip differential keeps front wheelspin to a minimum, while the front end uses double wishbone suspension. An adjustable, adaptive damping system gives drivers the ability to toggle between comfort, normal and sport modes.

The gearbox itself is the crown jewel of the car, exhibiting short throws and crisp shifts. A rev matching feature eases downshifts, but for those wanting complete control, it can be disabled.

The 2023 Integra is the only vehicle in its segment to offer a 6-speed manual transmission, and future buyers are going for it. In fact, Quillin said preliminary data suggests a 65% take rate for that transmission.

An available continuously variable transmission gives an alternative for those who prefer not to row their own gears. Built into the CVT mapping is a step shift feature that closely mirrors the gear changing behavior of a traditional automatic. Paddle shifters on the steering wheel provide added involvement. 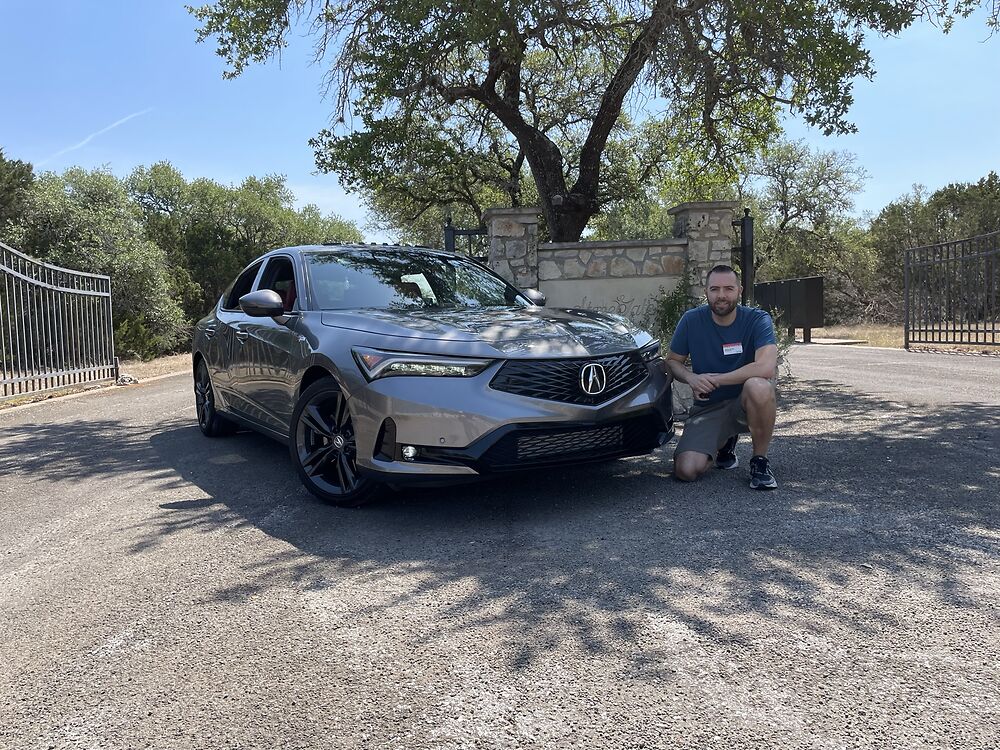 Connectivity in the new Integra is smooth, thanks to wireless CarPlay and a user-friendly touch screen at the top of the dash. A head-up display lets you keep your eyes on the road. The available ELS surround sound audio system pumps music through 16 speakers, including a rear mounted subwoofer and a speaker in the headliner.

At the event, Acura provided a USB drive with sample media that showcased the impressive capability of the system. With both wireless charging and CarPlay, the car-to-cellular connection becomes that much more seamless.

Offered only as a five-door hatchback, the Integra excels at cabin space and versatility. The product development team called attention to the slim A-pillars and good all-around visibility. The interior is described as spacious yet personal, with a cargo cover over the rear hatch and best in class legroom — 37.4 inches — in the back seat.

Customer deliveries for the new Integra begin on June 2, 2022. The MSRP of the 6-speed Integra A-Spec driven in Texas is $35,800, which includes upgrades such as LED fog lights, 18-inch Shark Gray wheels and matte black window trim. It also comes with gloss black accents for the spoiler, lower grille and rear diffuser. A base Integra comes in at $30,800.

A detailed driving review — following a weeklong loan — will be coming soon, so stay tuned for that. In the meantime, head on over to KSL Cars to browse a wide selection of similar compact sport sedans.