The speed and power of these electric pickups might shock you — if you can get your hands on one.
Allison Bell
October 28, 2022
Automotive News

There’s no doubt about it — electric vehicles are the way of the future. Gas-guzzling pickups will eventually make way for a new lineup of EV trucks. A few models are already available on KSL Classifieds, and more are on the way for 2023.

You’ve likely encountered a Rivian R1T in the wild by now, and there’s a good chance it turned your head as it quickly — and quietly — zipped past. The brainchild of a California-based startup, the Rivian R1T was the first all-electric pickup to hit the market. Its futuristic design and clever attention to detail are just some of the reasons why people are scrambling to place orders.

Rivian’s electric truck has a quad-motor setup — one for each wheel. It has all-wheel drive, puts out 835 horsepower and can reach 60 mph in three seconds, according to the company. It also tows up to 11,000 pounds and comes with eight different modes to suit any kind of terrain. 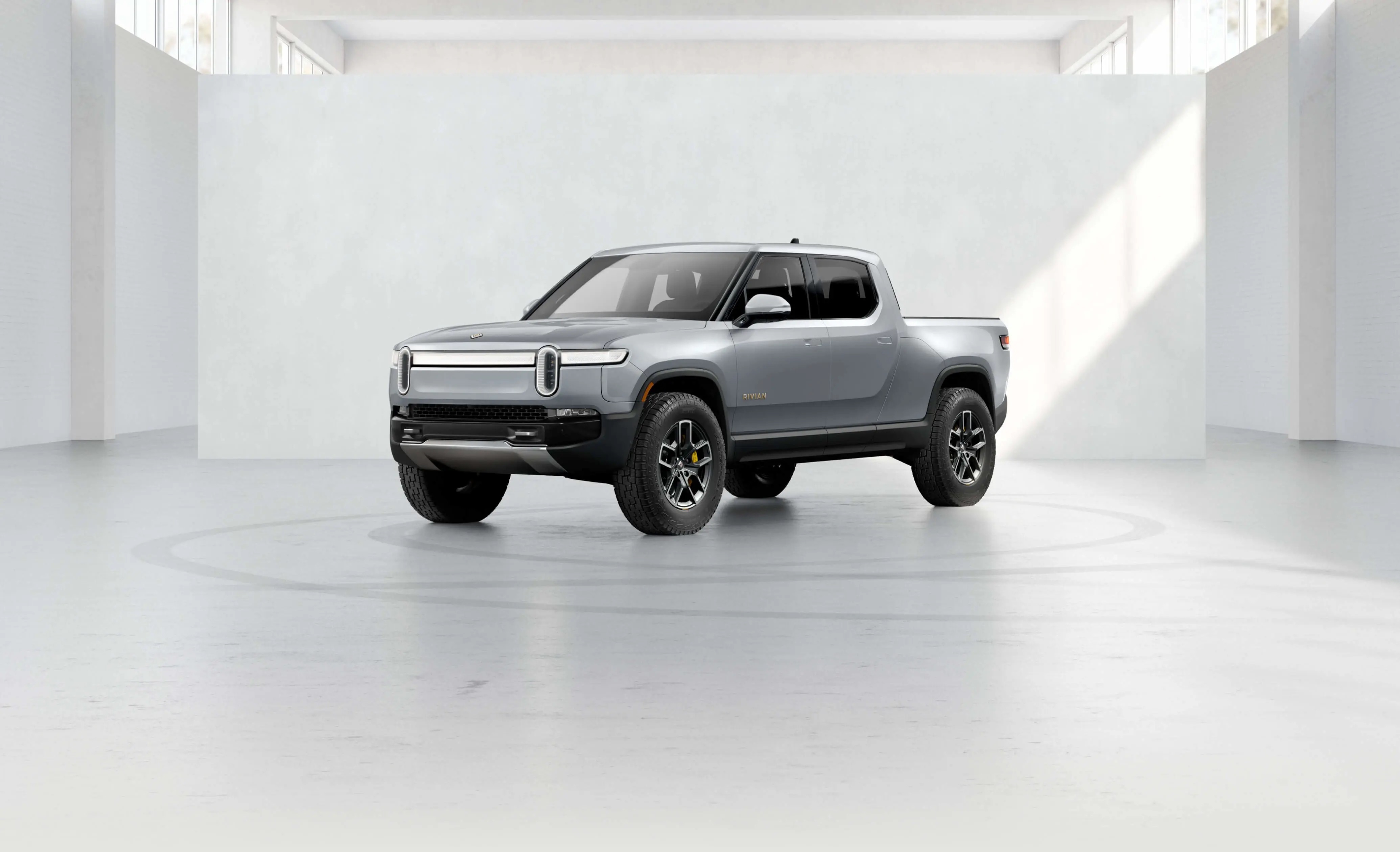 With its standard large battery, the R1T has a driving range of up to 314 miles on a single charge. Rivian said that a max battery — with a 400-mile range — should be available by 2023.

If you ordered your Rivian before March 1, 2022, you locked in the base price of $67,500. The company raised the R1T price by 17% after that, to account for inflation and the steeper price of materials. Rivian also recently cut the entry-level Explore Package from the lineup after receiving fewer orders than expected. That leaves the Adventure Package as your only option, which starts at $73,000. Due to their popularity, Rivians are hard to come by. But set up a Saved Search on KSL Cars, and you might land one sooner.

GMC played Dr. Frankenstein by resuscitating the defunct Hummer brand with a jolt of electricity. Now the electric pickup is a true monster on the road. Activate the Watts to Freedom mode and you’ll understand. 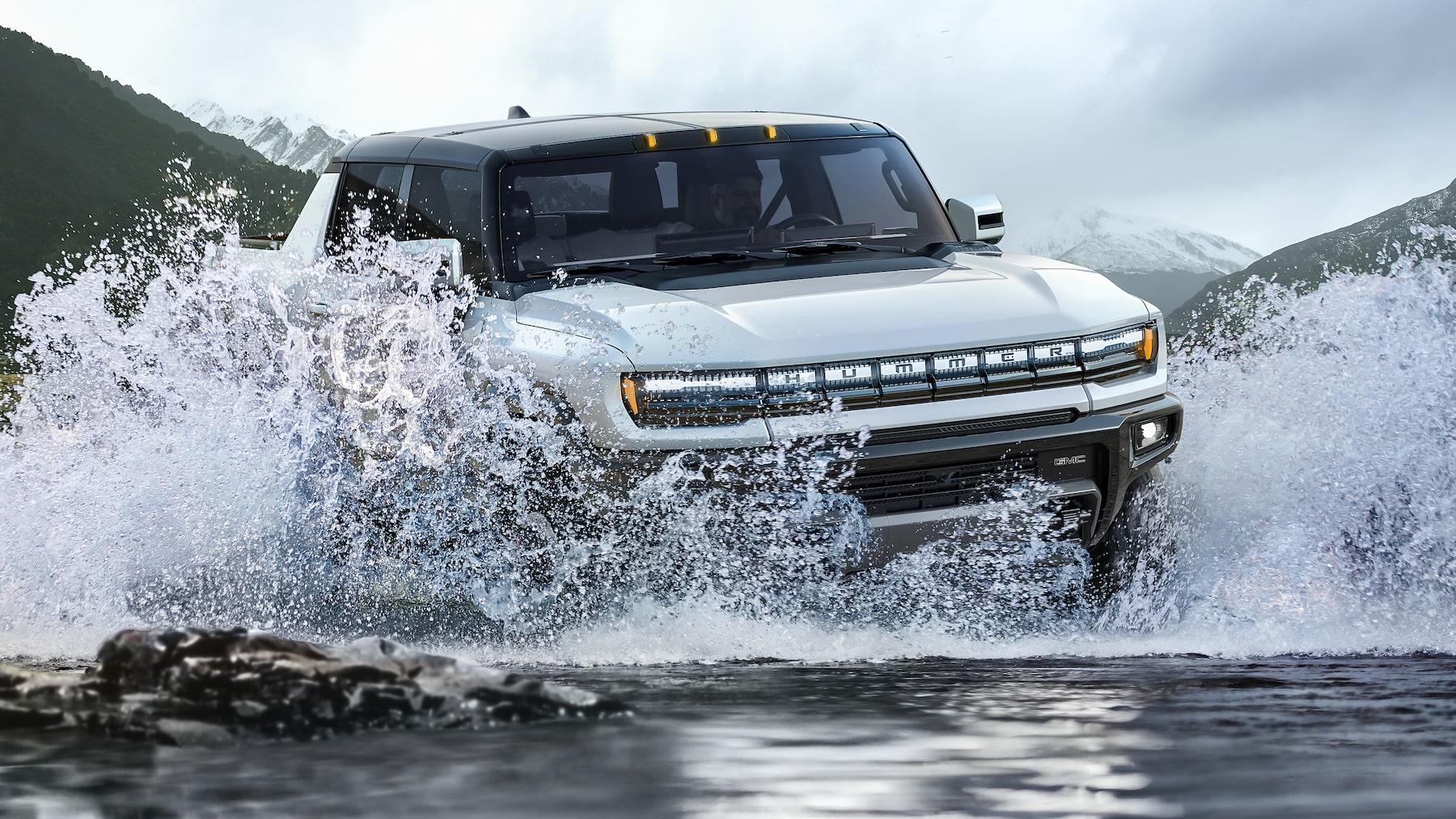 The brawny EV puts out 1,000 horsepower and 1,200 pound-feet of torque in the top trim, which has three electric motors to keep it running. Despite its 4.5 ton weight, the electric Hummer truck shoots to 60 mph in three seconds. As a pickup, its payload capacity is just 1,300 pounds, so don’t expect it to tow giant trailers.

The Hummer EV is said to reach 314 miles on a full charge, which is slightly higher than the Rivian R1T. But the mpg-e rating is the worst of the electric pickups at 51/43/47 for city, highway and combined. You might save a little gas money driving around the GMC Hummer EV, but don’t be surprised if the initial cost gives you sticker shock. The top-tier Edition 1 trim of the electric behemoth rings up at $110,295 — and that’s just to start. Hummer has promised that less expensive trims should be available in the next couple of years, however. Orders for the GMC Hummer EV are no longer open as of  this writing, but you can still find a few used ones on KSL Cars if you’re lucky.

The Ford F-150 has been a national bestseller for decades, so it was only a matter of time before the company entered the electric race. Enter the Ford F-150 Lightning. As of August 2022, Ford delivered the new EV pickup to all 50 states and had sold more than 4,400 in just two months. The truck comes in four trim levels: Pro, XLT, Lariat and Platinum.

Consumer Reports calls it “a shockingly quick and capable EV” that’s strong, powerful and quiet on the road. Its two electric motors make 452 horsepower on the standard battery, but the extended range raises that to 580. For towing capacity, the numbers are 7,700 pounds and 10,000 pounds, respectively. 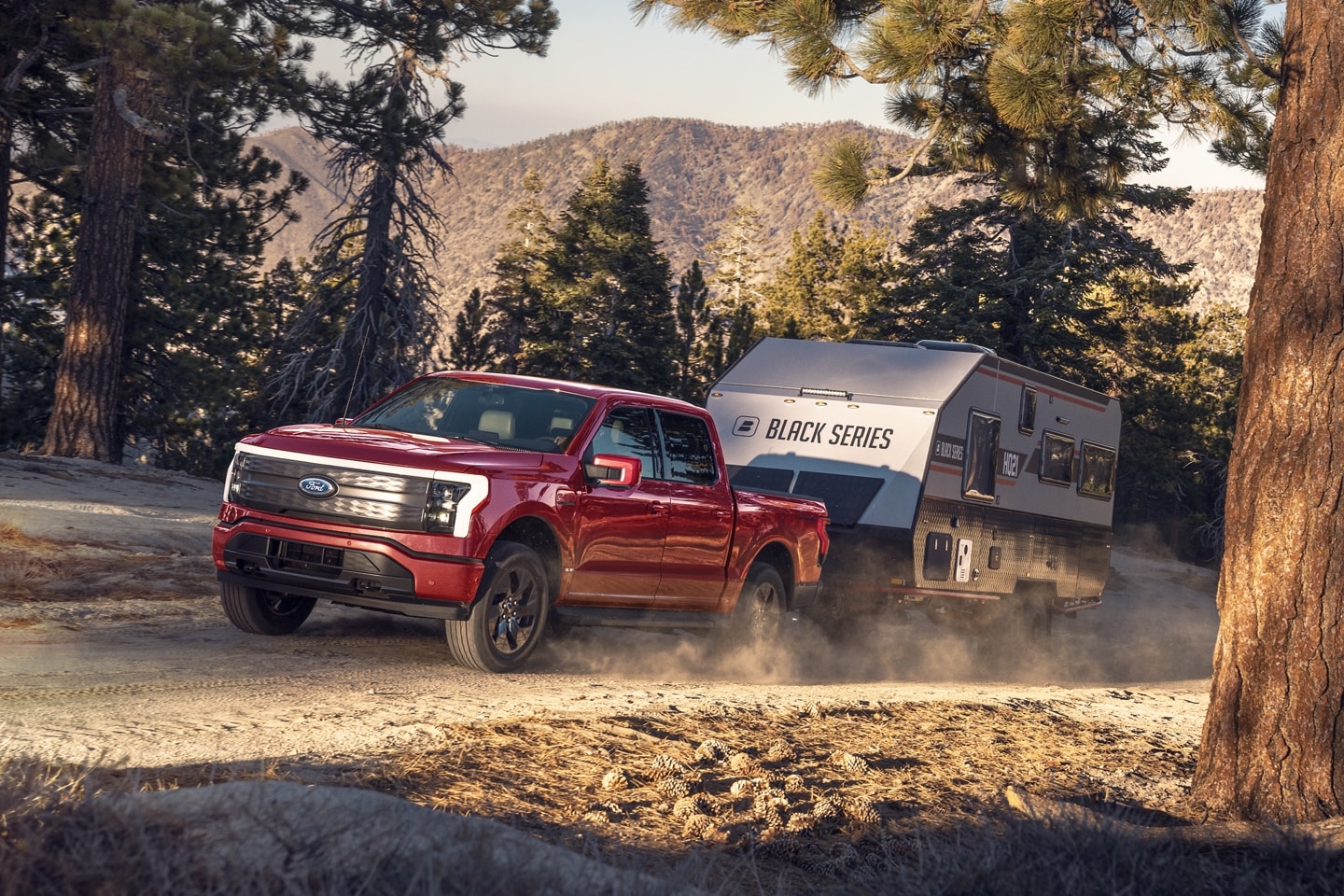 Ford’s electric truck has the advantage when it comes to price. The base level Pro trim for the F-150 Lightning EV starts at just $39,974. But if you want the top Platinum trim, you’re looking at $90,874 to start.

Perhaps one of the most highly anticipated EV trucks is Tesla’s futuristic Cybertruck, which looks more like Picasso’s interpretation of a DeLorean than a pickup. Regardless of whether you like the design or not, the EV will have a whopping 14,000-pound towing capacity and an impressive 500-mile range. It might not travel back in time at 88 mph, but it will hit 60 mph in just 2.9 seconds. After production delays pushed the release date back, you can expect Tesla’s electric pickup to arrive sometime in 2023. 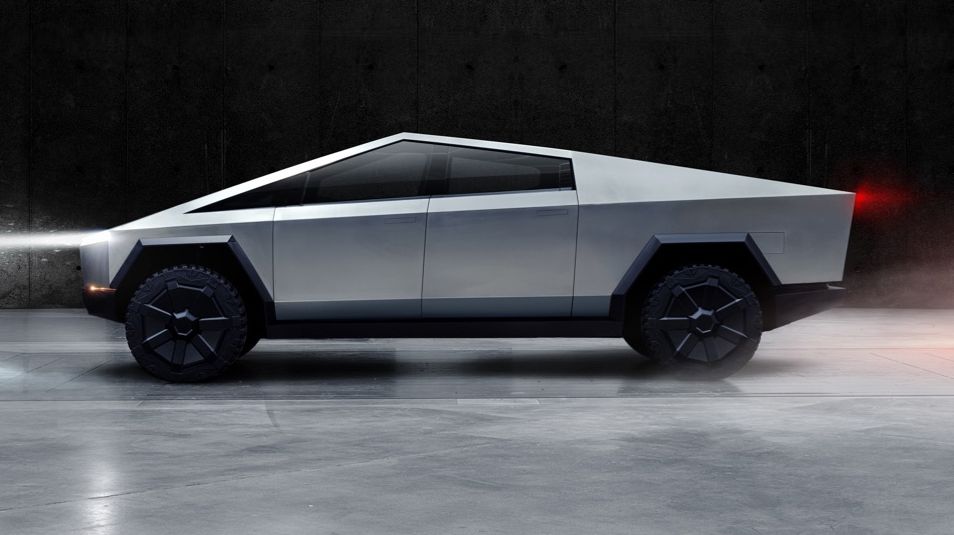 Although it resembles a throwback more than a futuristic vehicle, Canoo declares its new EV truck “the new standard in function, form and utility.” This uniquely styled EV — think Volkswagen van turned into a truck — will have more than 500 horsepower and a 200-mile range. It comes with an all-wheel or rear-wheel drive powertrain and a 1,800-pound payload capacity. It’s scheduled to arrive in 2023.

For those who want the performance of the GMC Hummer EV, but prefer a traditional look over electric glitz, the upcoming Chevrolet Silverado EV will surely be popular. Coming in 2024, the electric Silverado boasts a 400-mile range per charge, over 660 horsepower, 780 pound-feet of torque and a 10,000-pound towing capacity.

Toyota is reportedly getting in on the EV game as well, with its 2024 Tacoma Electric. Much of it still remains a mystery. Some believe it’ll look a lot like the 2022 Toyota Tundra on the outside, with many of the same features as the next generation Tacoma. 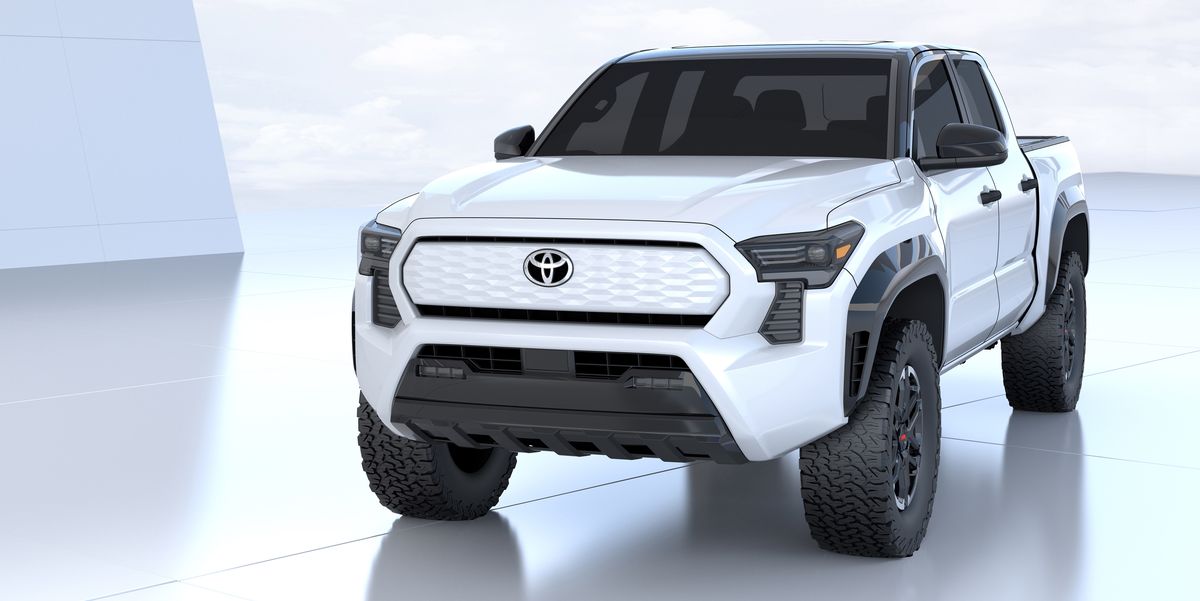 While no launch date has been announced as of this writing, and much of the vehicle remains a mystery, Ram is developing a 2024 Ram 1500 EV. It’s rumored to have a 500-mile range and super fast charging. 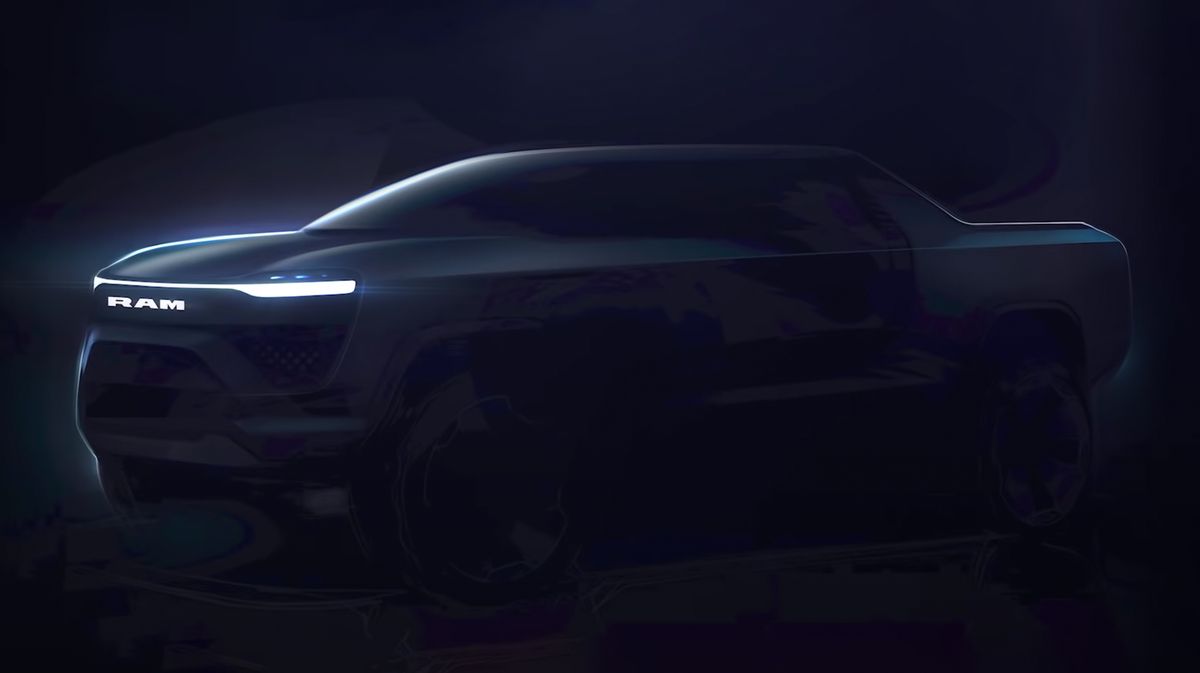 Earlier this year, Volkswagen announced it was bringing back the classic Scout brand as an EV. The company hasn’t released much information yet, but a prototype is coming in 2023, and you might be able to zoom off in a Scout EV pickup by 2026. 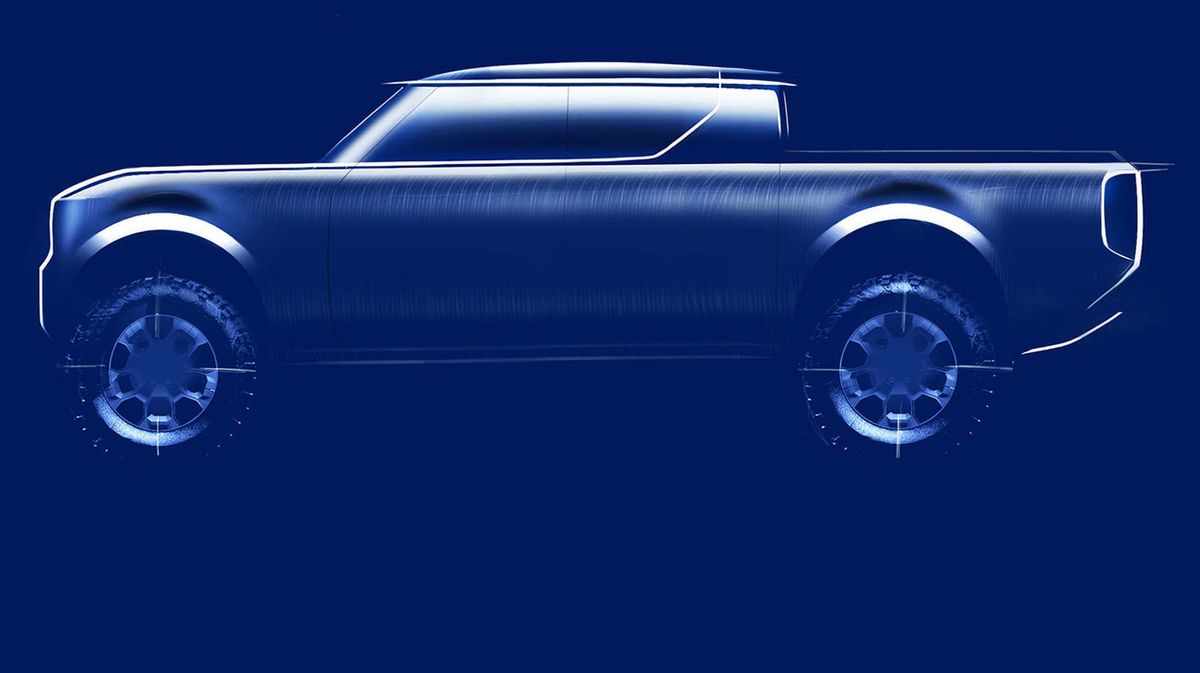 Since the F-150 Lightning vastly exceeded expectations, it would make sense that Ford would expand their EV offerings to include a Ranger and the smaller Maverick. As of this writing, the plans haven’t officially been confirmed. But Edmunds said the company filed a trademark for both the Ranger Lightning and the Maverick Lightning, so they’re likely on their way.

Of course, this list doesn’t include the full lineup of electric pickups set to arrive in the coming years. IHS Markit predicts that 25–30% of vehicles will be electric by 2030 and 40–45% in 2035, so more options should hit the market soon.

As you can see, there’s a lot to look forward to for EV trucks in 2023 and the years ahead. Right now, getting your hands on an electric truck on KSL Classifieds is fairly competitive, so act fast if you want one sooner rather than later.