I spoke with Scott Tallon, Director of Jeep Brand Product Marketing of North America to hear about why Jeep may have topped themselves last year.
Jason Bell
October 21, 2022
Automotive News

Last year was one of the best in Jeep’s storied history. Celebrating 80 years in business, Jeep made sure to go big on its special anniversary with a record number of new product launches, including the 392 Wrangler, the 4xe Wrangler, the revamped Grand Cherokee and the reintroduced Wagoneer and Grand Wagoneer. 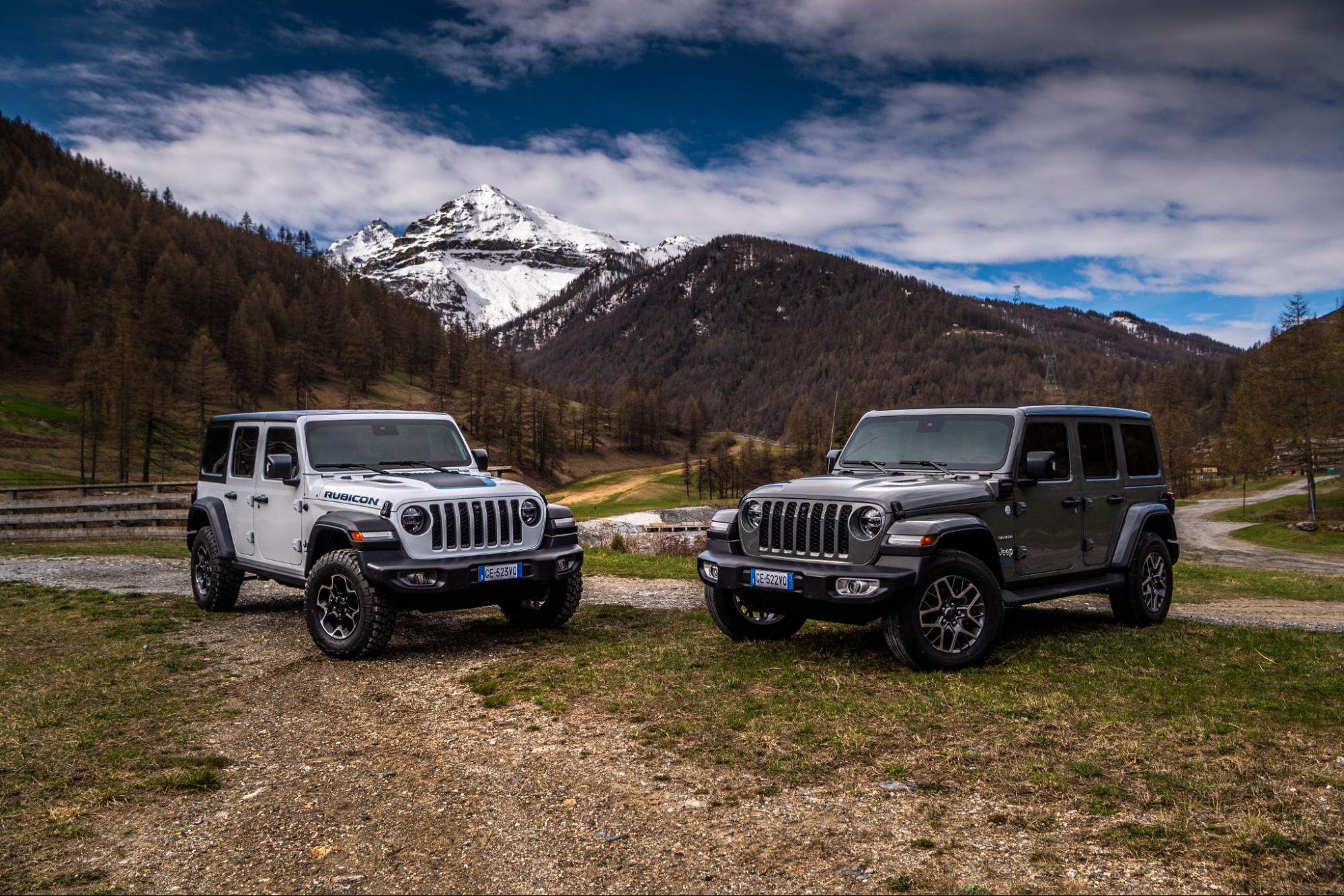 Recently, I sat on a call with Scott Tallon, Director of Jeep Brand Product Marketing of North America, where he discussed all the major updates to the Jeep brand and why Jeep’s future is looking bright. Here’s what he had to say about the brand’s success.

Jeep began 2021 with the first electrified Wrangler, the Wrangler 4xe (pronounced “four by e”). The 4xe takes the Wrangler's best attributes and amplifies them (pun intended). It’s an extremely capable version of the Wrangler and is “not a compromise in any way,” Scott said. “It's only been made better.” Drivers everywhere agree — the Wrangler 4xe was the best selling plug-in hybrid in North America for 2021.

The Wrangler 4xe produces 375 horsepower and 470 pound-feet of torque, making it one of the most powerful Jeeps ever produced. It’s efficient, too. With a combined rating of 48 mpg and a 20-mile full-electric range, it’s a sensible and economical purchase. “What we’re finding is that it’s not unusual for Wrangler 4xe owners to go 1,000 miles on a single tank of gas,” Scott said.

Adding to the efficient and capable Wrangler 4xe is the Wrangler 392, an all out, pure performance Wrangler built for exhilaration. This Wrangler is all about fun on and off the beaten path, producing 470 horsepower and 470-pound feet of torque.

“This is a special vehicle,” said Scott. “Especially with the higher performance Xtreme Recon package and special edition colors we’ve rolled out.” As far as those colors go, Jeep has introduced Chief Blue, Nacho, Gecko Green and Tuscadero, the latter being the brightest pink you’ve ever seen on a Wrangler. And you better get used to seeing it — Jeep has already received over 30,000 orders.

The Jeep Grand Cherokee has been the flagship of the Jeep brand since the '90s. When it first came to market in 1993, the landscape was much different — there were fewer SUVs and more passenger cars on the road. Buyers started to gravitate to the Grand Cherokee because of its true four-wheel-drive capability, distinctive styling and premium features that weren’t available in other vehicles. 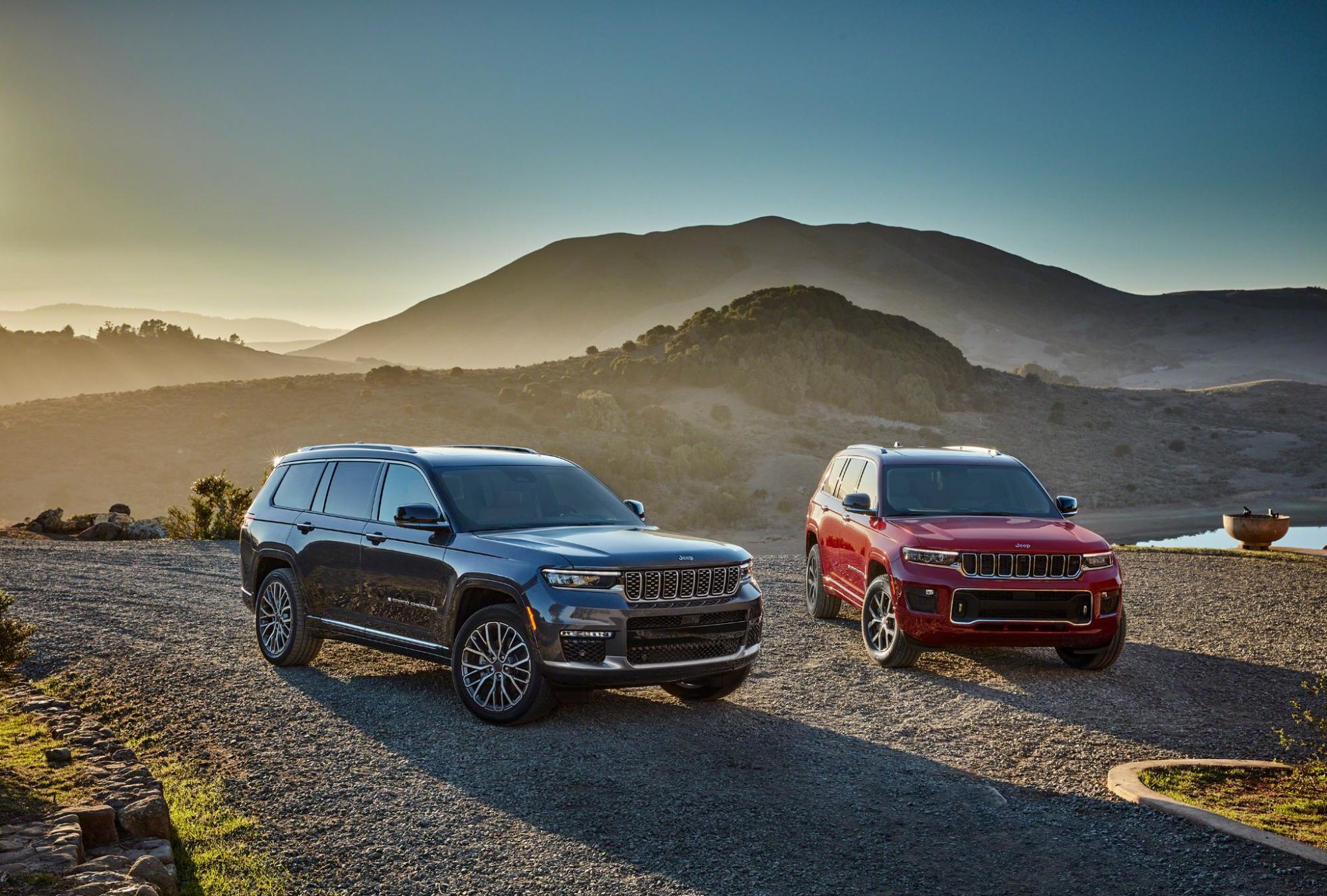 “Building on that tradition year over year, the Grand Cherokee became the most awarded SUV ever,” said Scott. “It’s not something we took lightly for the fifth generation. This new generation has been improved in every single way.”

Since its debut 30 years ago, buyers have been drawn to the Grand Cherokee’s distinctive styling. While the new styling is a departure from the rounded fourth-generation styling cues, it's still very much distinguishable as a Jeep. The upright, seven-slot grille gives the Grand Cherokee a strong presence, the wider wheelset lends it a more pronounced stance and the angles deliver just-right proportions.

The interior has also been revamped for the 2022 model year. “We welcomed rich materials. Authentic wood, metal, leather and contrasting colors are everywhere. Buyers will find the interior very comfortable and aesthetically pleasing,” said Scott.

To improve the Grand Cherokee’s capability, every trim now comes with an active transfer case that allows the vehicle to move 100% of the torque between the axles. The next generation of the Quadralift air suspension is capable of fording 24 inches of water and offers best-in-class ground clearance. Towing is rated at 7,200 pounds for Grand Cherokees with a V8 engine and 6,200 pounds when equipped with a V6. 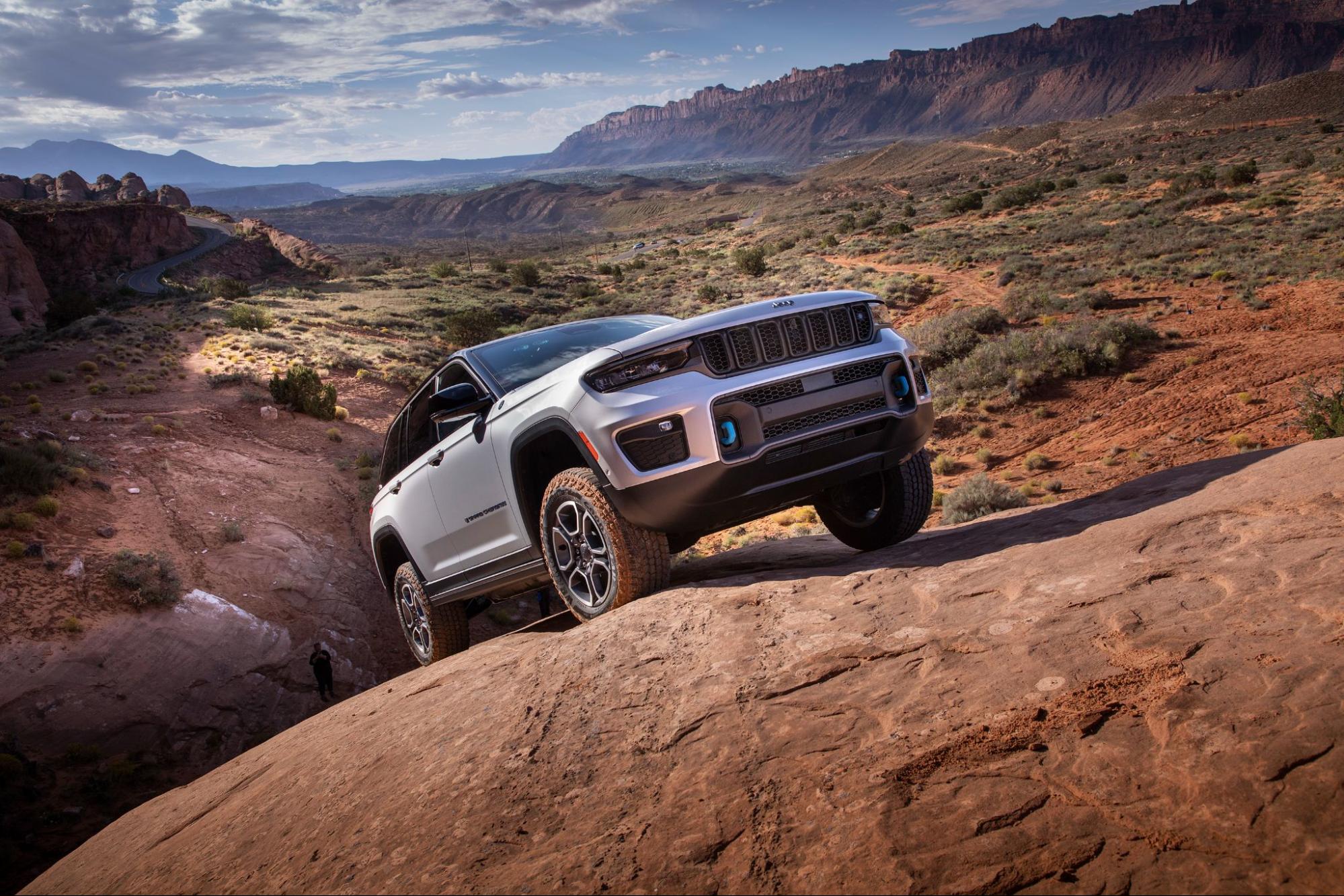 The new Grand Cherokee offers the most comprehensive standard safety suite of features of any SUV in its class. Features like blind-spot monitoring, rear cross-traffic alert and more are standard on every trim level. Beyond those standard features, there are special features like night vision and a forward-facing trail cam, with even more optional. 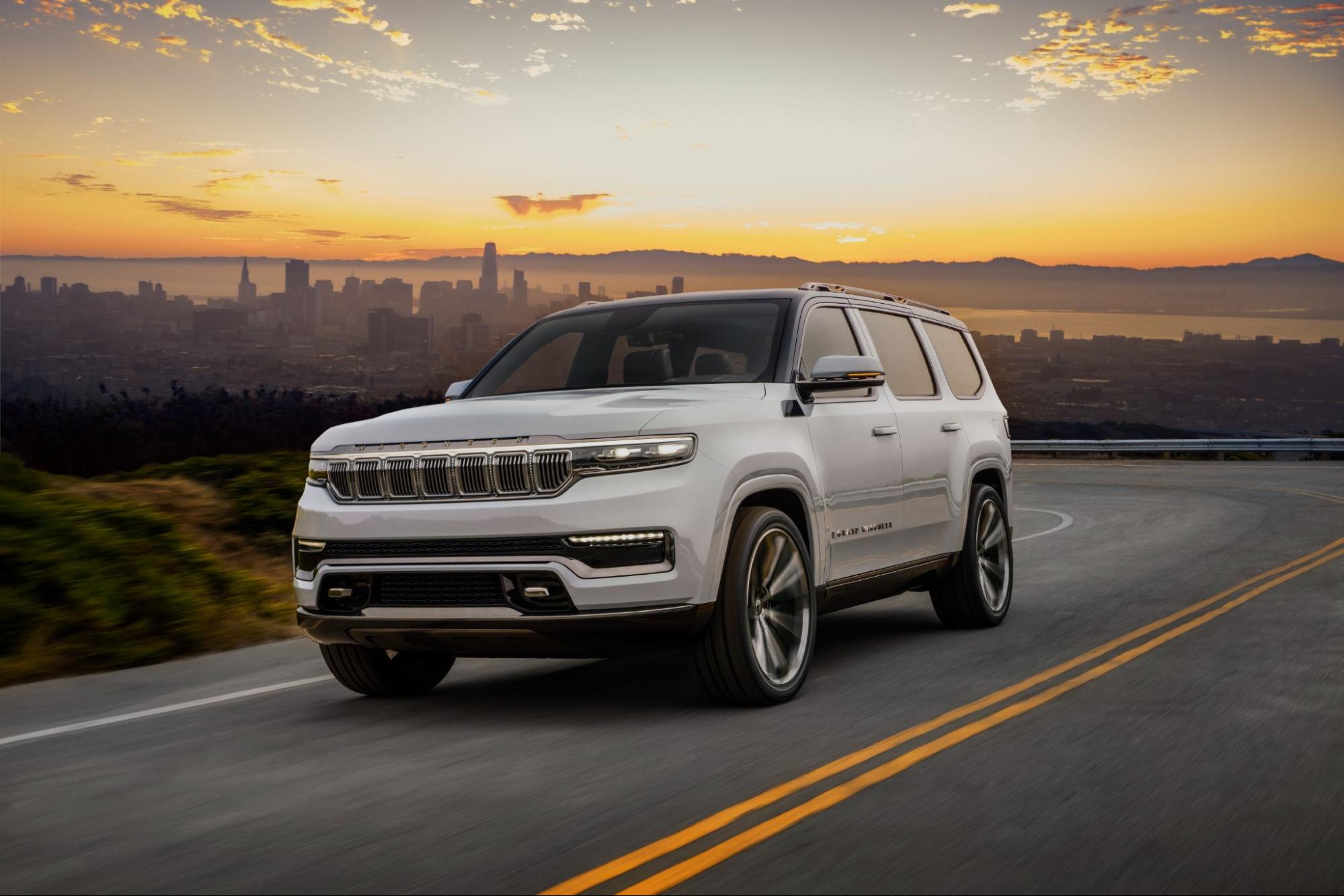 Catering to a high-end demographic, the Grand Wagoneer had premium features no one else offered. With this kind of history to its name, Jeep took no half-measures in bringing back the Grand Wagoneer nameplate. “It had to be the modern iteration of what American premium should be,” Scott said. “Before the new Grand Wagoneer, we had no offering in the large SUV segment and we weren’t in the premium space ... it had to be worthy of its name.”

Sporting an elegant exterior design, the Grand Wagoneer is beautiful, recognizable and different in its execution. You know right away that it’s not just another large shoebox SUV. The grille is wide and bold. The windows and pillars are smooth and nicely connected. In short, the Grand Wagoneer is grand in every meaning of the word.

On the inside, the Grand Wagoneer is top of the line with incredible attention to detail in its materials and colors. There are over 75 inches of total screen space in the Grand Wagoneer, with a dedicated passenger screen that enables the passenger to operate as a legitimate navigational co-pilot. Massaging heated and cooled seats are also available.

Second- and third-row occupants have access to first class amenities too. “The third row reclines 20 degrees. Second-row passengers are treated to heated and cooled captain's chairs. The third-row occupants enjoy best in class legroom. Everyone has their sanctuary. Screens can be loaded with whatever you want,” Scott said. “The Grand Wagoneer is, in short, supremely comfortable.” 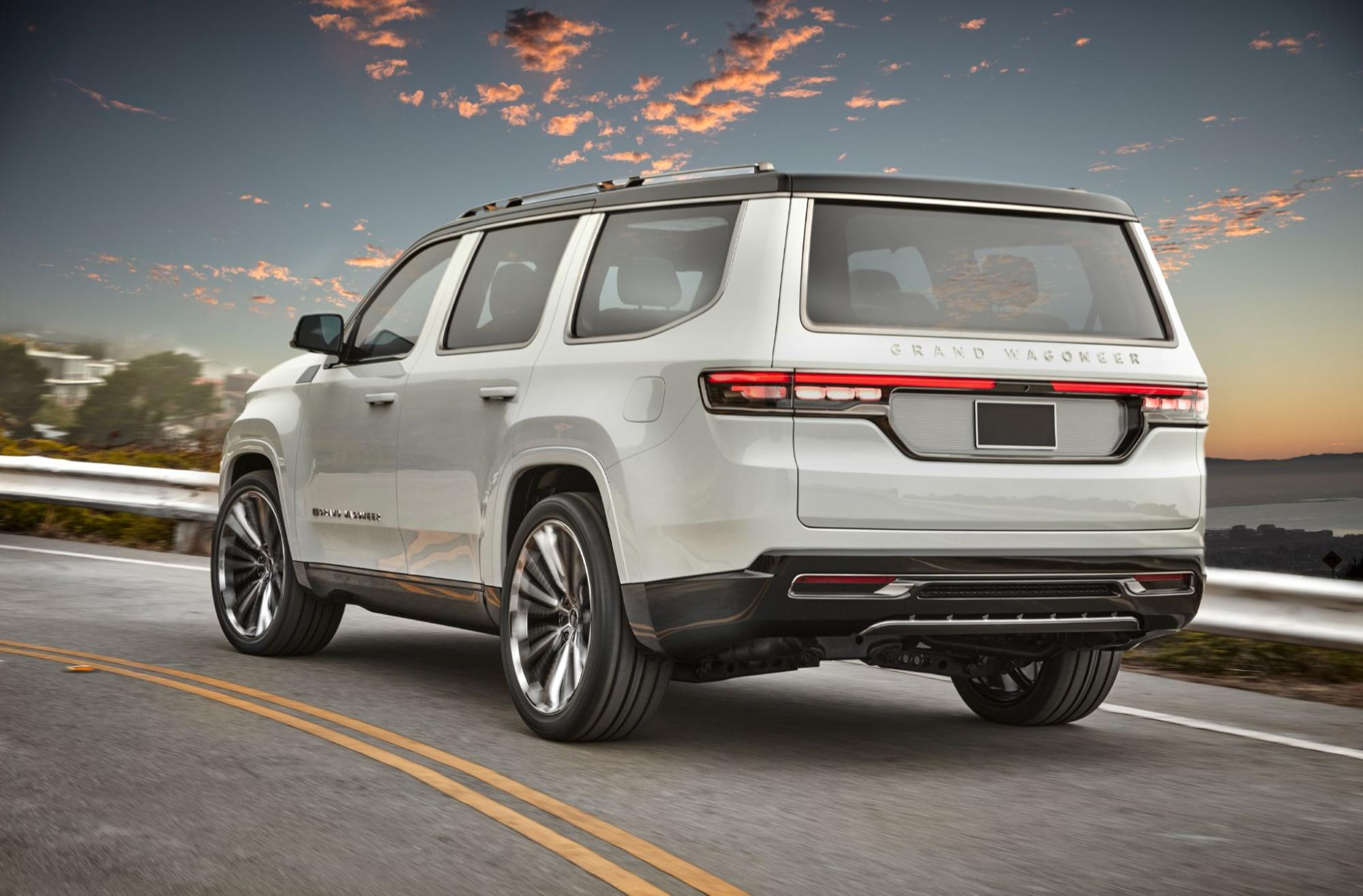 “This customer expects to be pampered in style, luxury and comfort. So we focused on the customers and gave them the new benchmark in a large, American SUV,” Scott said.

Find your next Jeep on KSL Cars today.