A Guide to Major Differences in Ford Raptor Generations

The popular trophy truck has evolved through the years, but each generation has its perks.
Allison Bell
October 12, 2022
Industry Insights

A high-performance pickup that functions as a daily driver and a weekend dune crawler? It’s the stuff of automotive dreams. Over its three generations, the F-150 Raptor has been tweaked a bit. KSL Cars breaks down what’s new and what’s stayed the same. 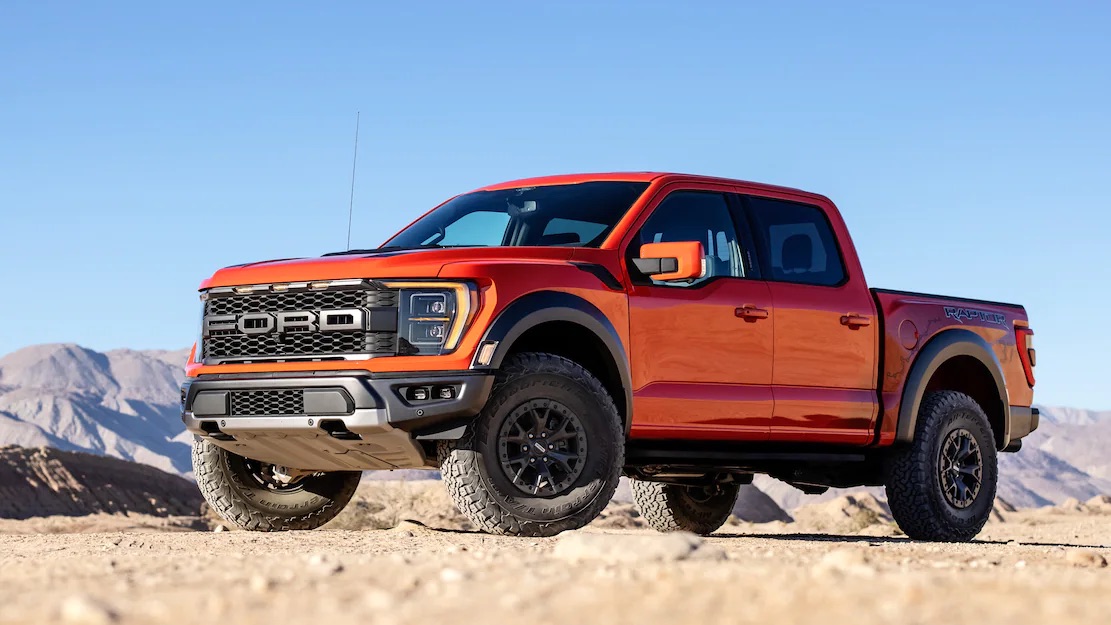 After debuting at the 2008 SEMA Show, Ford immediately entered its super truck into the prestigious Baja 1000 off-road race. The goal was just to finish. To the surprise of many, it took third in its class. Suddenly, people couldn’t wait to get behind the wheel of the new, aggressive F-150 Raptor.

The SVT Raptor resembled a slightly more toned F-150 and came as either a two-door SuperCab or four-door SuperCrew. It was eight inches wider, with flared fenders, 35-inch wheels and two vents on the hood. The most notable visual difference was the large Ford lettering on the grille, which replaced the iconic blue oval. Both the interior and exterior featured special SVT badging. If you wanted to look really cool, you could add the optional digital mud decal.

What really sets the first-generation Raptor apart is what’s under the hood. Ford was on a mission to prove that the SVT Raptor was the ultimate performer, so it gave the truck a 6-speed automatic transmission with two engine options: a 5.4- or 6.2-liter V8. The 5.4-liter option was phased out after one year — because, who wants a smaller engine on a high-performance pickup? The 6.2-liter V8 made 411 horsepower and 434 pound-feet of torque and produced a satisfying growl. It had increased suspension travel and Fox 2.5-inch diameter internal-bypass shock absorbers to take on the big bumps and jumps.

On the inside, the SVT Raptor didn’t vary drastically from the regular F-150. The main differences were Raptor logos on the seats, an SVT logo on the gauge cluster and a red line on the steering wheel to help you center wheels off-road. There’s also a panel in the center console with auxiliary switches and an off-road driving mode button. Overall, Ford kept things fairly plain for the Raptor’s initial release.

The starting price for the 2014 Ford SVT Raptor —the final year of the first-generation — was just under $50,000. As of this writing, Kelley Blue Book lists the fair market value of a SuperCrew Cab Raptor with 112,000 miles at $30,754–$34,551. That may seem high, but the V8 engine makes it a bit of a collector’s item. Car reviewer and YouTuber Doug DeMuro considers buying a used first-generation raptor a great financial decision. Despite its early success, Ford hit the brakes, deciding against a new generation of F-150 Raptors until it could revamp the high-performance pickup. The good news is that it didn’t become extinct — it evolved.

When the 13th generation of F-150s hit the scene, it was time for a second generation of the Raptor. This time, Ford dropped the SVT designation and simply dubbed the next gen the Performance Raptor.

New for 2017, the Raptor featured a more rugged, menacing and athletic appearance, with a large central hood instead of two vents. Recessed headlights, a blockier grille and beefier elements also gave the second generation a more futuristic look. With a lightweight, aluminum body, the truck shed 500 pounds.

Ford replaced the first-gen V8 with a twin-turbocharged 3.5-liter EcoBoost V6 and a 10-speed automatic transmission with all-wheel drive. The new engine put out 450 horsepower and an impressive 510 pound-feet of torque. Fuel economy improved to 15 mpg in the city and 18 on the highway, compared to 11 mpg and 16 mpg for the first generation. It also added two inches of front and rear travel suspension, two inches of ground clearance and Fox 3.0 internal-bypass shock absorbers with live valve technology. Now in its third generation, the newest F-150 Raptor doesn’t divert much from its predecessor, but there are a few key changes. Now available only as a SuperCrew cab, it has a wider grille, which almost hearkens back to the first-generation model.

You can choose from three 17-inch wheel designs, two of which offer beadlock capability. The beefy, 37-inch tire option is also new and provides 13.1 inches of clearance. The wheelbase is slightly shorter.

While the powertrain hasn’t changed, its off-road capability is enhanced by the new five-coil spring rear suspension. Fox Live Valve shocks are standard and slightly wider.

On the inside, the latest Raptor has a 12-inch customizable digital instrument panel and a 12-inch infotainment touch screen with a Sync 4 system. The system includes over-the-air updates and the subscription-based FordPass app, which allows you to view vehicle stats, remote start your car, lock/unlock doors and more. Leather and Alcantara Recaro seats and a big twin-panel sunroof is also available.

A new 2022 Ford F-150 Raptor starts at $70,555. With the current backlog of car orders across the board, you can expect to pay much more than that. As of this writing, both new and used Raptors are selling well above MSRP. As part of the third generation, Ford will soon be releasing the long-anticipated Raptor R, which resurrects the V8 engine and puts out a whopping 700 horsepower and 640 pound-feet of torque. The roaring engine is the same one found in the Mustang Shelby GT500 and is fittingly known as the Predator.

With improvements to the transmission, an upgraded torque converter and a more efficient filter, the Raptor R is set to be a bestseller among super truck enthusiasts. You can order one — pricing begins at $109,145. When it comes to deciding which generation of the Ford F-150 Raptor to buy, it really comes down to personal preferences. Die-hards for the V8 might opt for the original Raptor SVT or go all-out and wait for the new Raptor R. If you want optimal off-road performance, the third generation might be worth the investment. And if you’re satisfied with a V6 and like the second-generation styling best, you might choose that.

Consider what you want most out of your truck and then take a test drive or two. Given the Raptor’s popularity and ability to retain value, you likely won’t regret your decision — no matter which generation you pick. Find all three Raptor generations on KSL Cars.