BURBANK, Calif. — Television host Jay Leno invites viewers to celebrate his love for all things automotive on his CNBC show “Jay Leno’s Garage.” Now in its seventh season, the show gives us an inside glimpse of the comedian’s 200-car collection. In late February, as part of a taping for an upcoming appraisal segment, I was invited to the garage in my 1992 Acura Integra, where I was allowed to take a look around and even have some Q&A with Jay himself.

Tucked into a nondescript business park near the Burbank airport, his garage has become home to some of the most collectible and significant cars in automotive history. Best known as the host of “The Tonight Show” for 17 years, Jay has worked in comedy and entertainment for nearly 50 years. At 72, his love for all-things automotive has driven him to turn his hobby into an impressive assemblage. 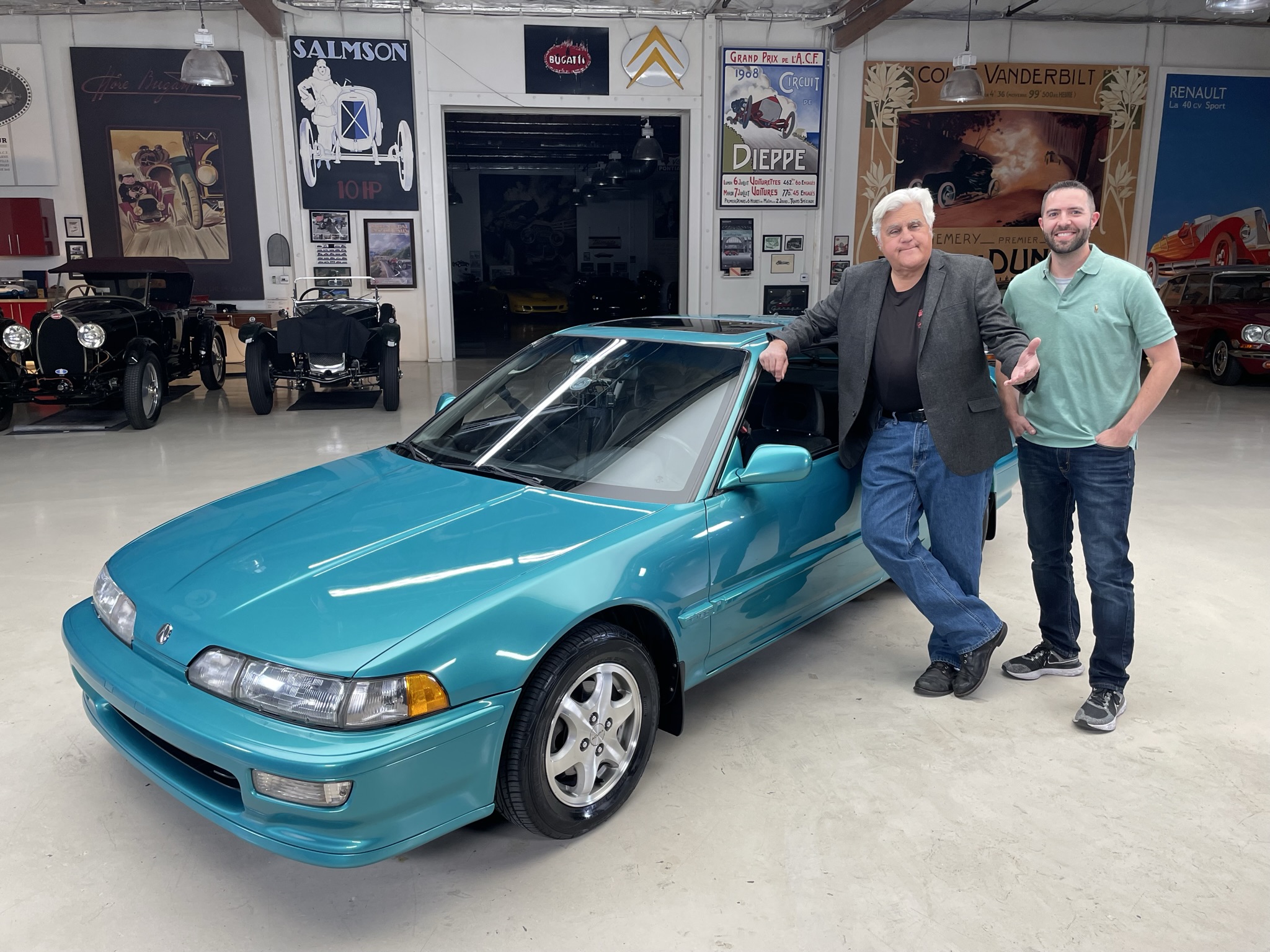 Jay’s collection started with just one car: a two-tone silver and black 1955 Buick Roadmaster he purchased in 1972, then later drove on his first date with his wife Mavis. Forty years later, that Roadmaster has undergone a complete mechanical and cosmetic overhaul as part of a “pro-street” build. In place of the original motor resides a massive 620-horsepower 572-cubic-inch V8. 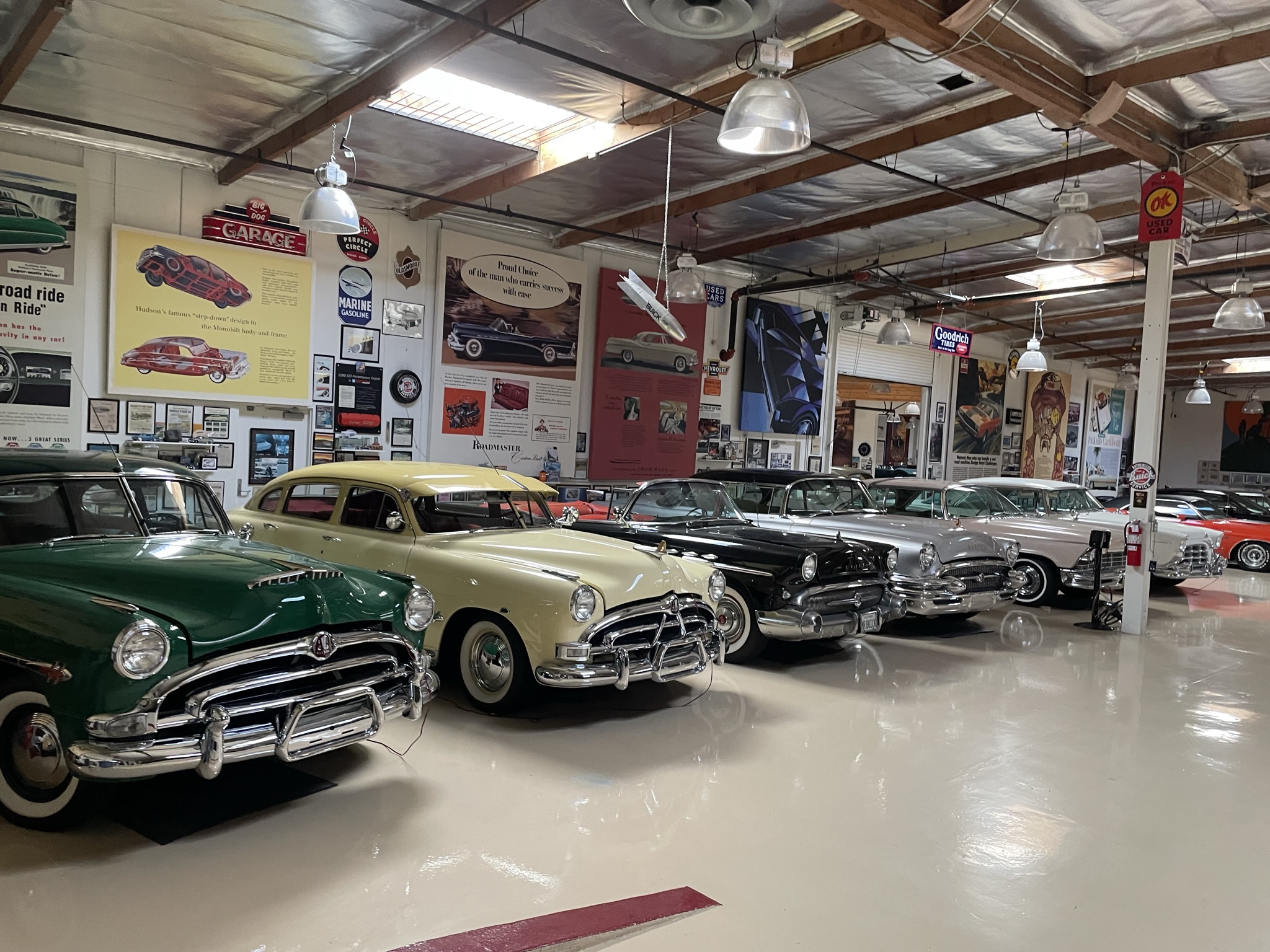 Every Vehicle Has a Home

Jay’s garage is fully organized, with rooms dedicated to specific makes and models. One entire space, for example, is allocated for Jay’s collection of vintage Brough Superior motorcycles, manufactured in England through 1940. Another room contains a handful of steam-powered vintage vehicles, including a fire truck from the 1800s. A trio of Chevrolet Corvairs are lined up in their own special spot, and the list goes on.  Everything has its place, it seems. 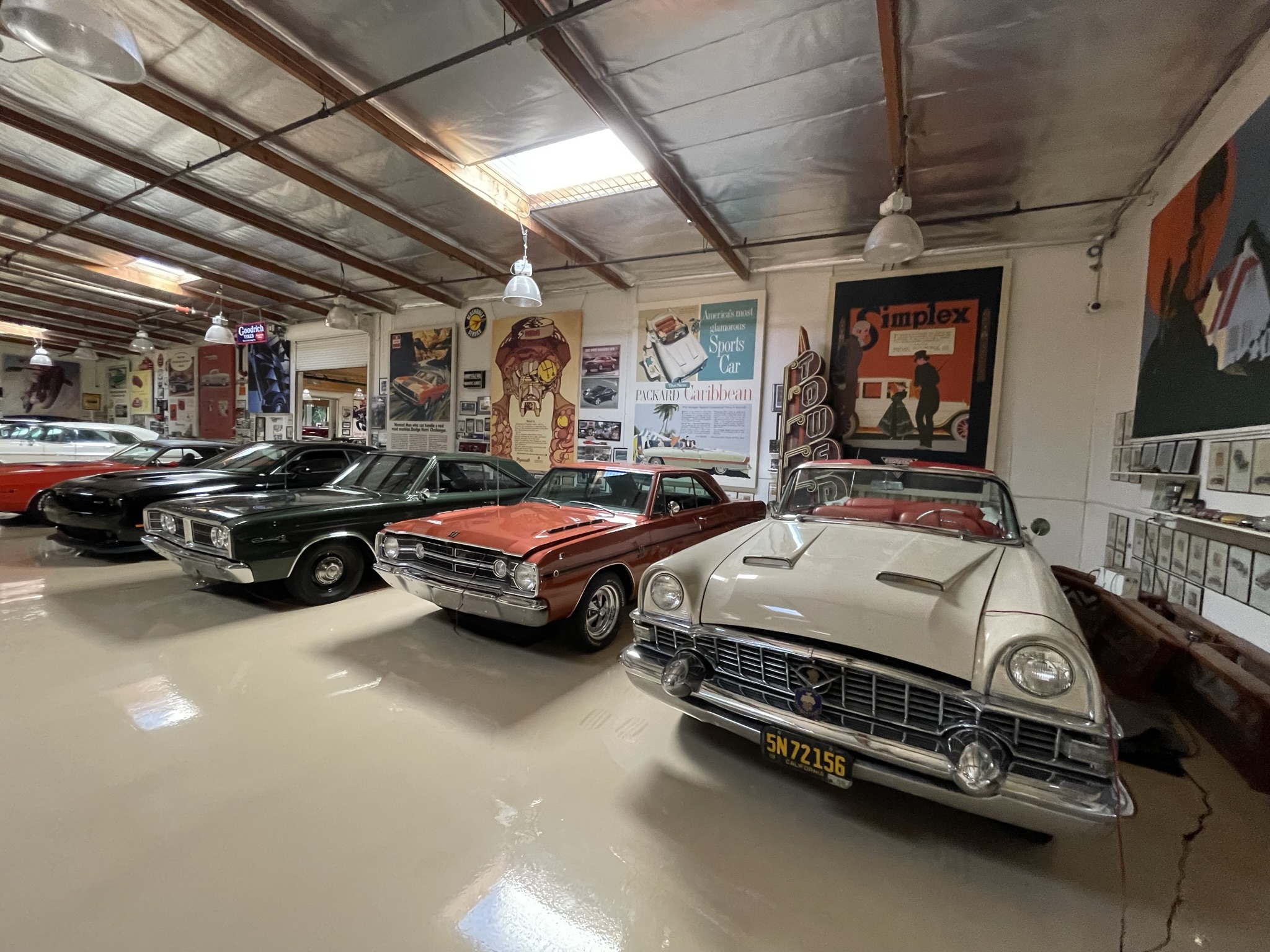 The diversity of Jay’s collection is one of the intriguing parts about his garage. He arrived during my visit in a brown 1971 Porsche 911 — his vehicles come from a vast array of brands and eras. My personal favorite was a Valencia Red Pearl 2017 Acura NSX bearing VIN tag 00003 — payment for participating in the company’s 2012 Super Bowl commercial with Jerry Seinfeld. 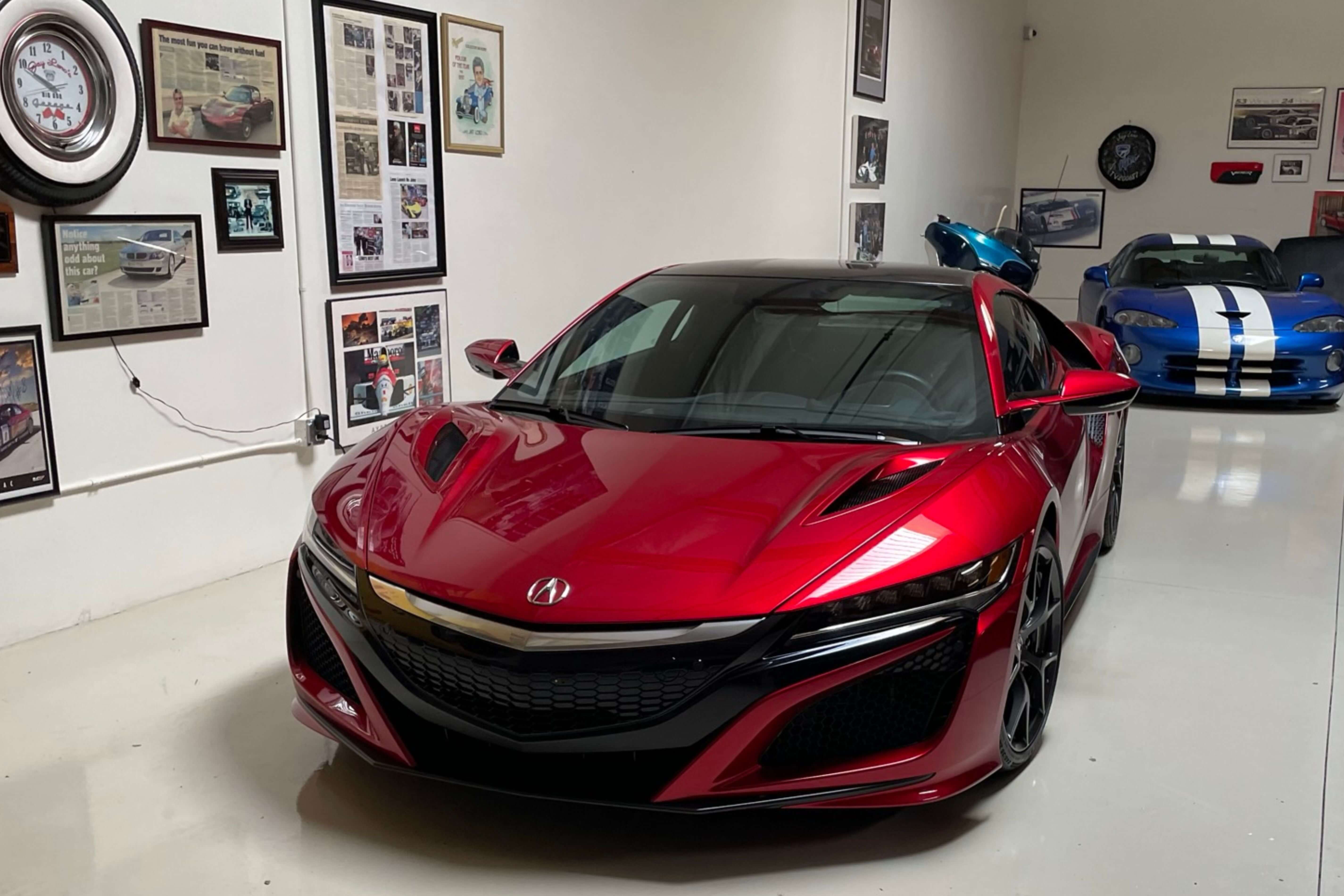 The collection price tag escalates with a 1994 McLaren F1 supercar and a 1934 Duesenberg Walker, each valued at upwards of $20 million. But what I found most interesting were the more common cars, probably because they are relatable to an everyday car enthusiast like myself. Among those was a 1996 Mazda MX-5 Miata, inherited from his late brother Patrick. Today, that car is one of Jay’s prized possessions.

The vehicle closest to the exit door was taking a charge: a navy-blue 2021 Tesla Model S Plaid. Even a celebrity needs something reliable and comfortable to get around town in. Oh yeah, and Jay broke a world record in that same car last summer by running a 9.2-second quarter-mile on a dragstrip.

Jay is eager to talk about his collection. After some dialogue about the period-correct cassette tape deck in my Integra, Jay said, “Want to see a neat audio system? Come here.”  He then led me to his 1957 Imperial, pulled open the door, and leaned inside to pull a record out of an under-dash compartment. “It plays records,” he said. 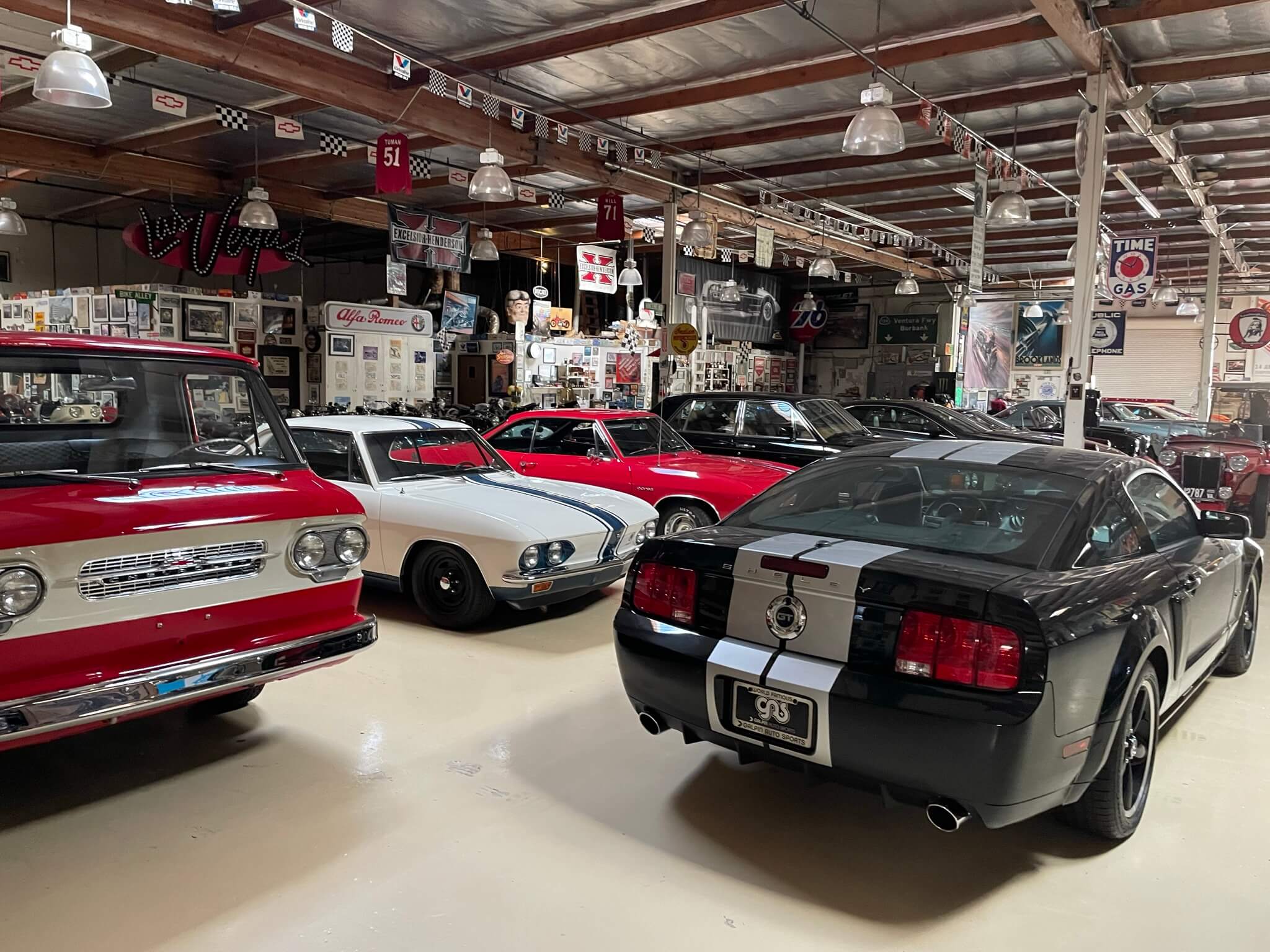 Another car Jay demonstrated was his 1955 Packard Caribbean convertible, complete with self-leveling air suspension. “Watch this,” he said while sitting on the trunk lid. Moments later, I heard the whirr of an air compressor as the rear-end raised back up mechanically – with Jay still sitting on top of it. He grinned, and I marveled that 67-year-old technology still functions.

It would take days, or even weeks, to fully appreciate everything in Jay’s garage. While the life-sized cars and motorcycles are the main attraction, he has an equally staggering collection of scale-model diecasts and automobilia. Also scattered throughout the facility are framed magazine covers featuring the devotee and his hobby. 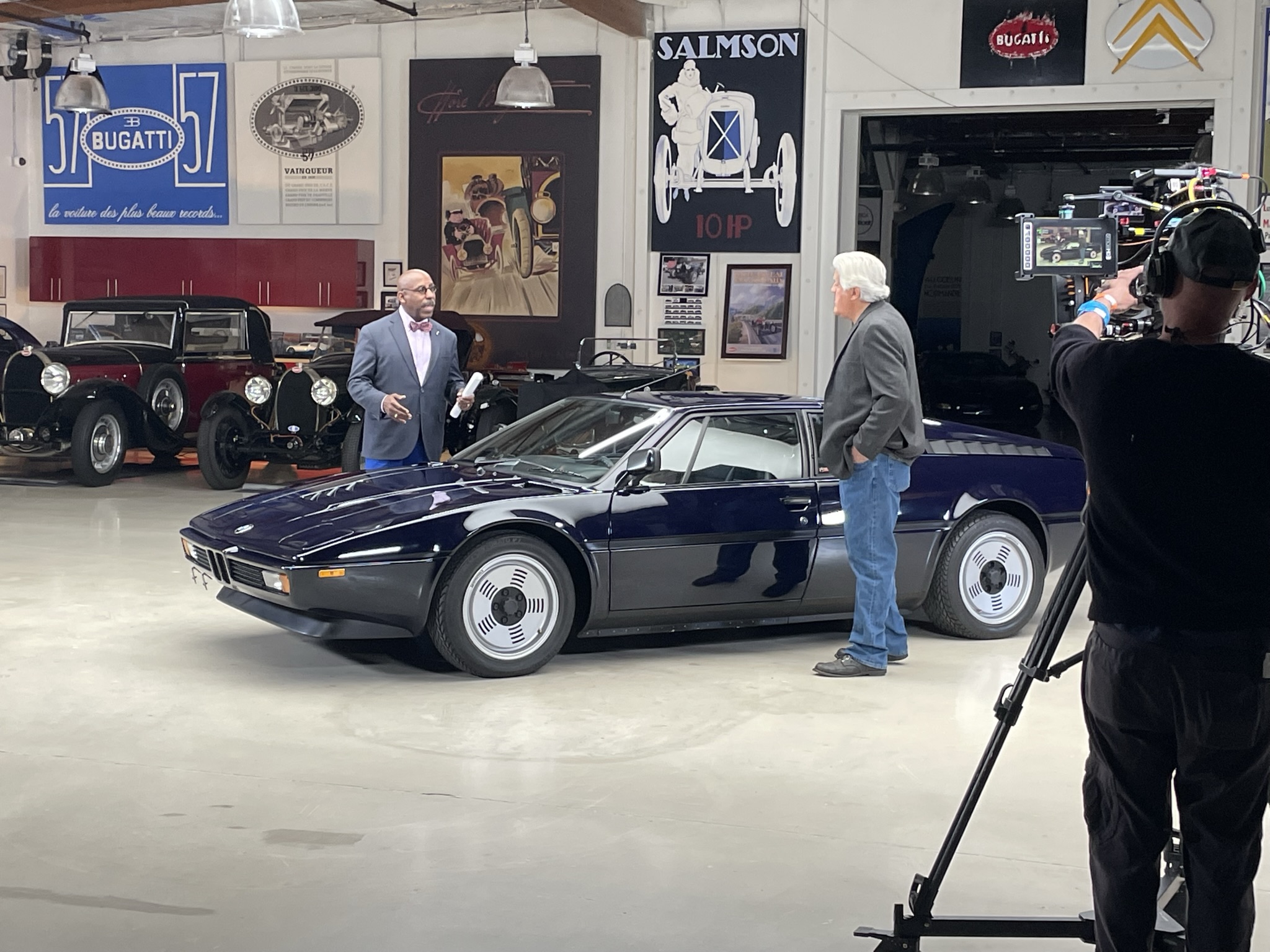 David Swift, co-executive producer of “Jay Leno’s Garage” and longtime friend, said Jay is not looking to add anything specific to his collection in the near future. But maybe after driving my old Acura Integra, he’ll be adding one of those to the fleet.

Did you know that KSL Cars listings span over 100 years? Maybe it’s time to dive into the car collecting hobby like Jay. Check out the latest finds — there’s  bound to be something that catches your eye.