The story of the miraculous restoration of a beloved vehicle to help a grieving family.
Tyson Hugie
October 19, 2022
Local Insights

There’s a lot of buzz in central Utah — and around the internet — about the ambitious restoration of a 1997 Chevrolet K1500 pickup truck. While the truck is not particularly rare or collectible, it’s priceless to one Utah family who lost their father in June 2022. After the tragedy, a local body shop owner stepped in to help in the best way he knew how.

Robby Layton of Ephraim is a hard-working entrepreneur. The self-employed father of four launched his own auto body shop in 2010. He built it up over the years, even recovering from a total loss fire in 2018. Robby’s resilience is one of the character traits that makes him the perfect guy to restore a truck that most body shops would have condemned to the junkyard. 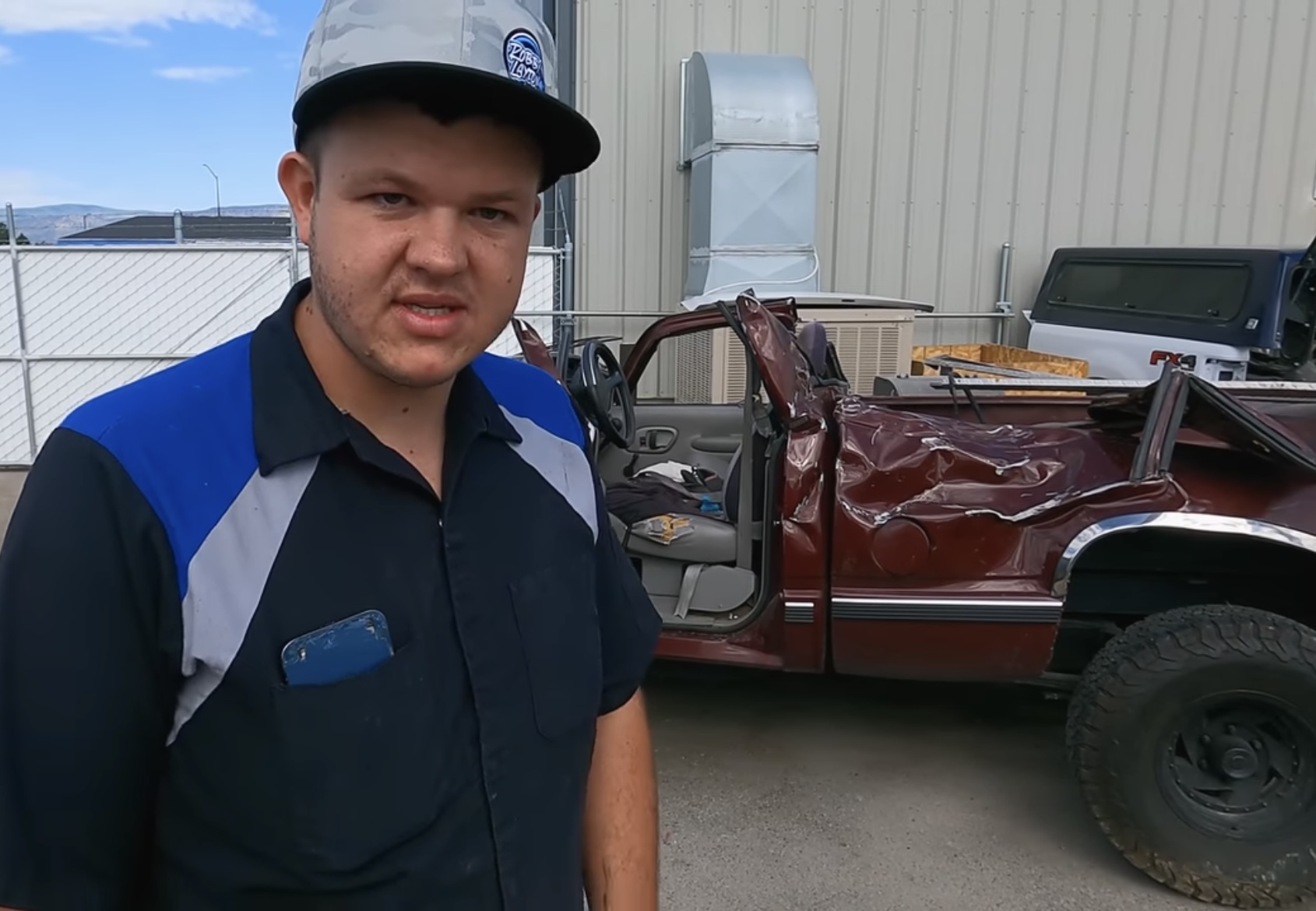 His shop, Layton Autobody, is the set for his YouTube channel of over 250,000 subscribers. Robby posts videos three times per week that showcase the projects that he and his team are working on. His first-person accounts draw viewers in and take them along for the ride through some comprehensive repairs.

Unlike many YouTube personalities, Robby does more than just the on-camera gig, he actually works in the paint booth and other areas of the shop.

Robby was working on Father’s Day in June of 2022 when he got a call about a pickup that had plunged down an 80-foot ravine near Fairview. After its driver was taken for medical assistance, his team retrieved and transported the truck from the site. Five days later, the driver of the truck, 39-year-old Michael Houck, lost his life due to complications from the accident. 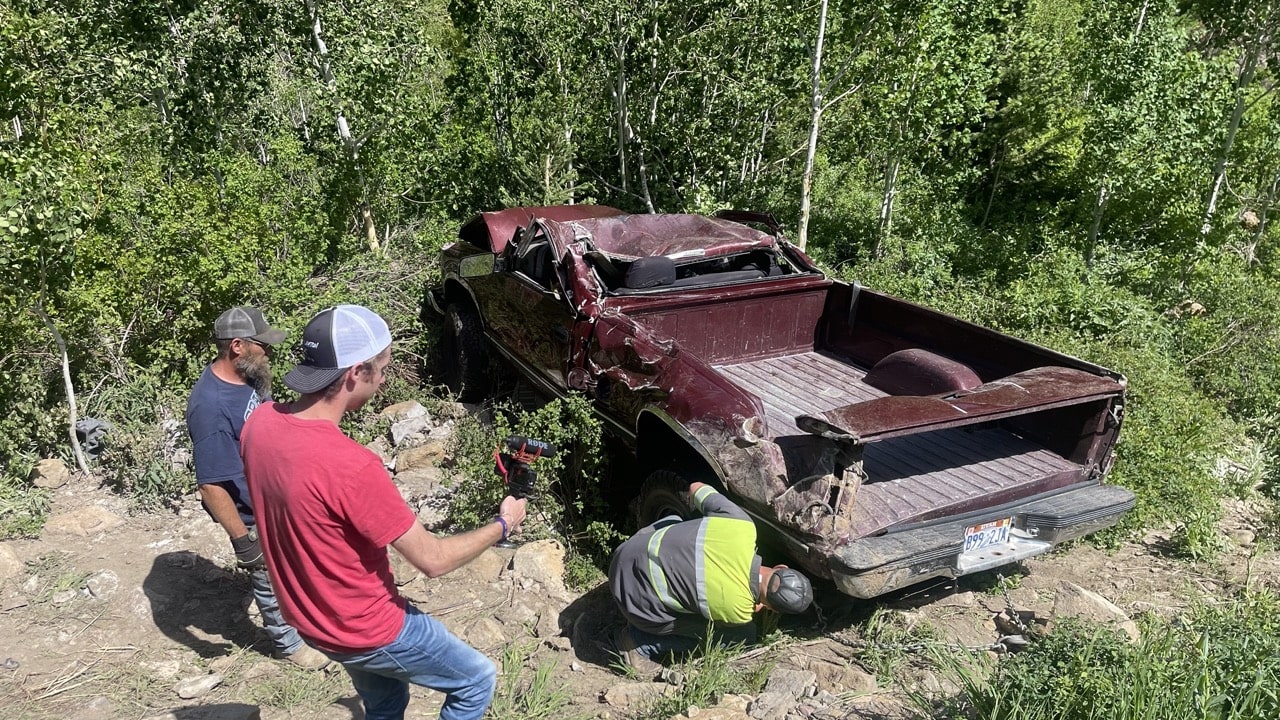 Robby and his team soon learned that Michael, a father of two, was going to pass the truck on to his 16-year-old son Aiden. The tragic loss of life hit the Houck family particularly hard, and the community rallied to support Michael’s family in any way that they could. Robby called his auto body team into action. After meeting with the Houck family, he decided to completely rebuild Michael’s truck for free so that Aiden could drive it.

To fund the pickup restoration, Robby dedicated 100% of his YouTube channel’s merchandise sales to the project. His subscribers supported it graciously. In just a couple of months since the accident, the burgundy 1997 K1500 four-wheel-drive pickup has already been stripped down to its frame, which was then straightened and sent to Salt Lake City to be powder coated. A parts truck that was sourced in Scipio will provide straight donor body panels. 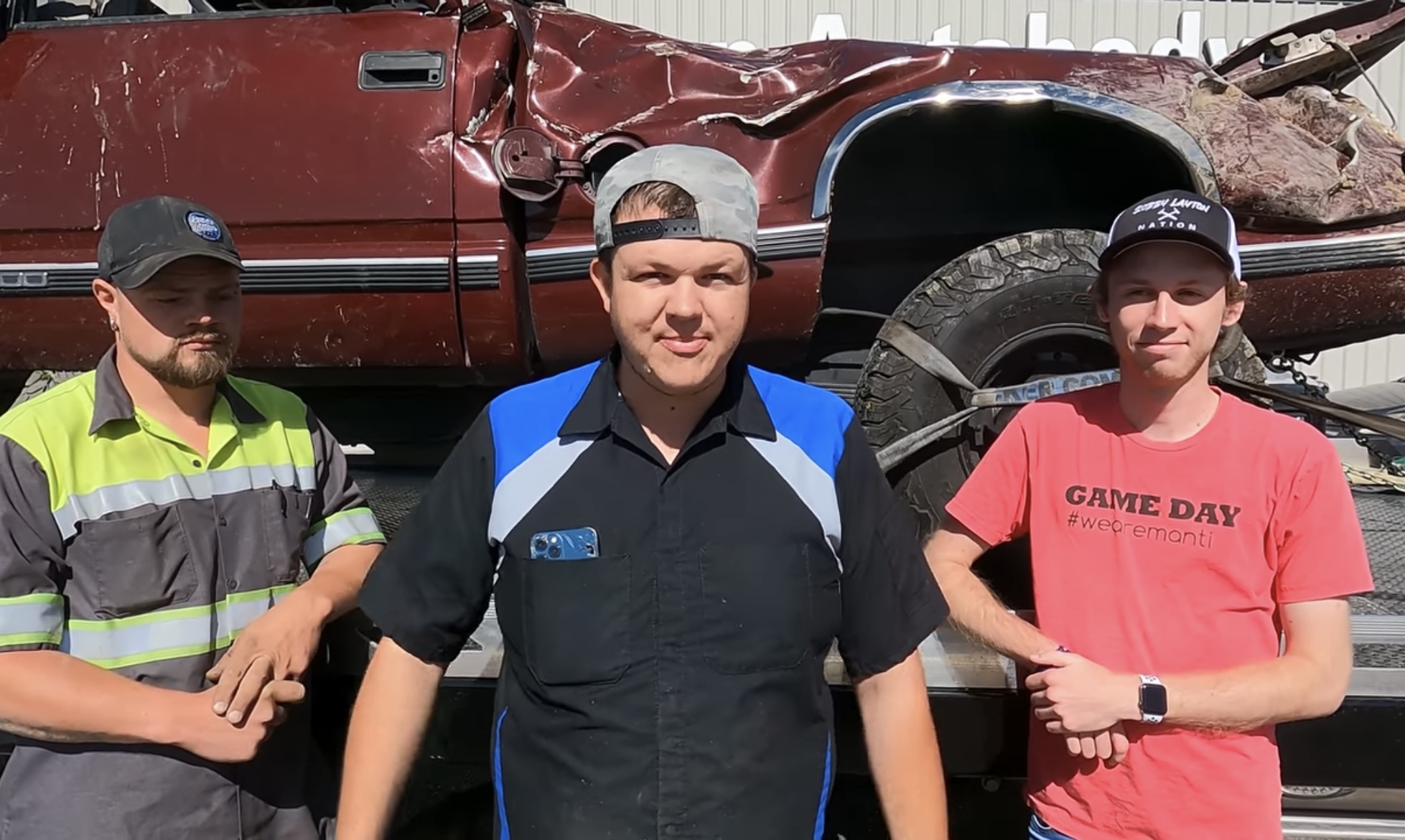 Aiden will play a key role in the truck’s rebirth, helping where he can under Robby’s wing. And Robby’s team isn’t just restoring it to factory specifications — they are upgrading it. Besides getting a full repaint, it will have a 6-inch suspension lift, 35-inch BFGoodrich tires on 17-inch Method aluminum wheels, train horns and a custom audio system. 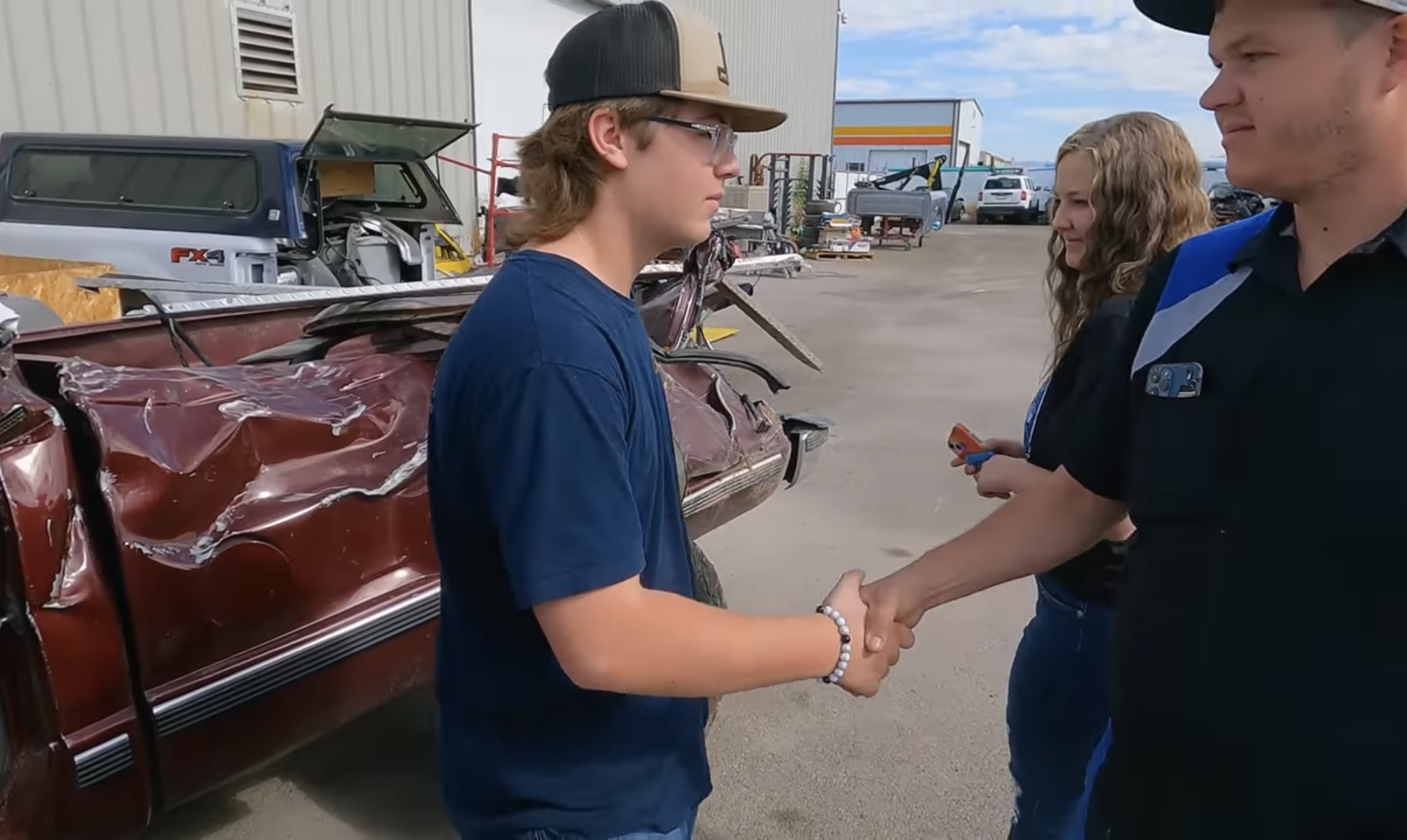 Robby says the project is still a few months from completion but he is eager to see it through to the finish line. One video of the rebuild has half a million views, proving that others are just as excited to see it rebuilt as he is. This truck is his way of giving back, and his gesture reinforces the humility and generosity of our Utah communities.

KSL readers wishing to get involved with restoring Aiden’s truck can start by following Robby’s YouTube channel. All proceeds from the merchandise sold in his store are currently going to the project.

As always, stay tuned to the KSL Cars Resource Center where we’ll bring you future updates on this restoration, as well as the KSL Cars Classifieds to find a project of your own.