How a Utah Man Created a World-Class Supercar Community

It started with a remote control car and culminated with a Porsche 911 Turbo S.
Local Insights

When Ismael Utrilla (also known as @PorscheDriver801) came to America from his native country, Peru, with very little, he could only dream about where he would be and what he would be doing 21 years later.

A resident of Utah, Ish has “put his shoulder to the wheel” in making his dreams a reality. He has flourished and is proud to call Utah his home. He is especially grateful for the car community that he says “rivals the best from California, Florida and international locations.”

Stemming from a deep passion and love for supercars and exotic vehicles, Ish and his friend, Jawn, founded Need 2 Drive Utah, Utah’s largest, most exclusive supercar club. Since its launch in 2018, the club has grown to more than 60 exotic vehicles and has attracted attention from prominent figures as far away as Dubai.

If you’ve met Ismael, or seen him on social media, you know that kindness, humility, gratitude and passion are his modus operandi. And it works! Through his generous and altruistic nature, Ish has grown the Utah car community into something truly special.

The Cars That Started the Dream

Like many kids, Ismael developed a passion for cars at a young age.  “I remember when I was 10 years old and my sister gave me my first remote control car. It was orange. It was amazing,” he said.

While he now drives a Porsche 911 Turbo S  —  one of the fastest and most capable supercars in the world  — Ismael’s dreams were grounded in the circumstances of his Peruvian childhood. “I always hoped that one day I could afford a nice car. You don’t see a lot of sports cars in Peru. You can only dream that one day you will own one,” he said.

Given the rarity of exotic vehicles during his childhood, Ismael’s dreams were founded upon the vehicles he saw on a daily basis. “Back then, there were no Ferraris or Lamborghinis to look at in Peru,” he said. “So, it was the regular cars on the road that got my attention, like the old Firebird, the Toyota Celica and the Mitsubishi Eclipse.”

The dream, believe it or not, was not to own a supercar, but just to own a car. “I said to myself as a child, “one day I will own a car. I will do it,” he said. 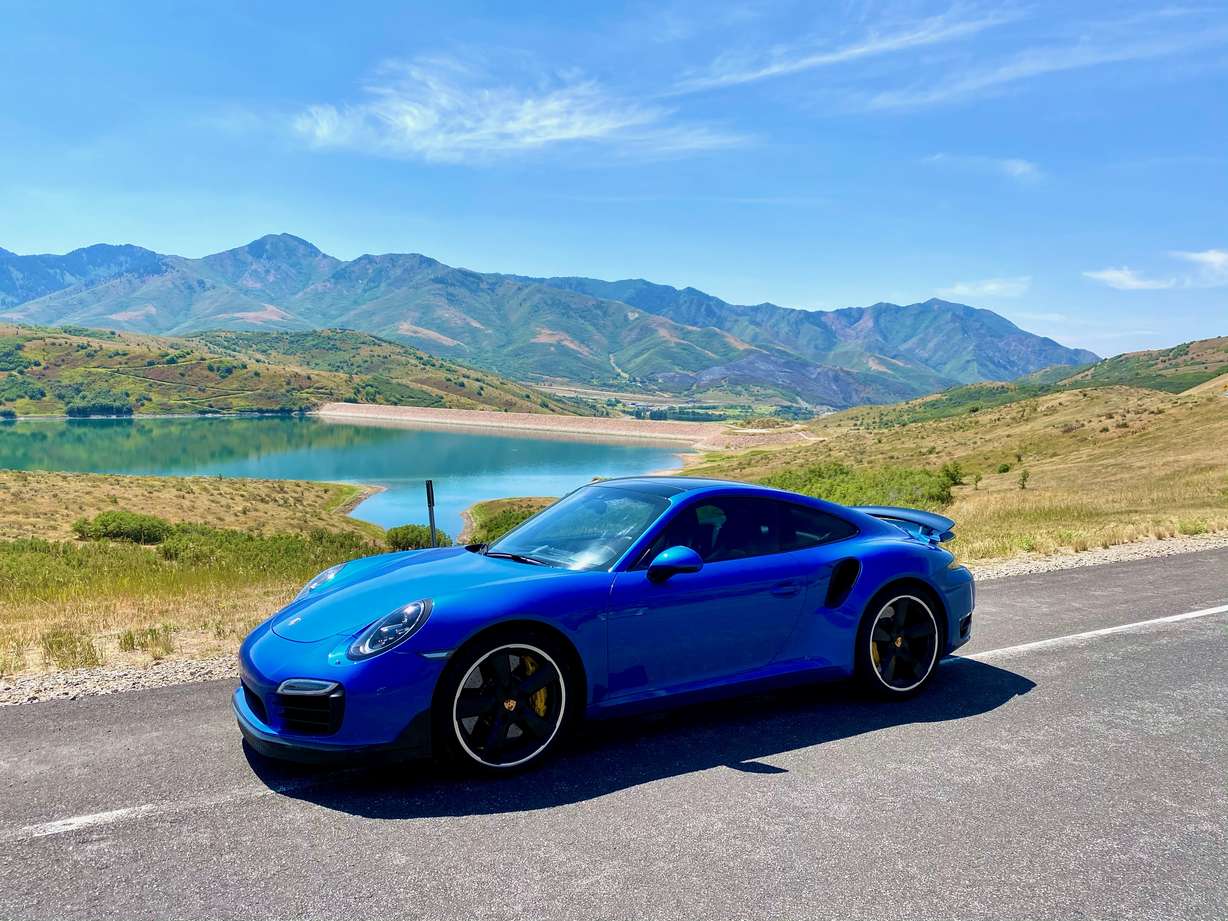 The Founding of Need 2 Drive Utah

Since his childhood, Ismael’s dreams have become reality in ways he could have never imagined.

Before he owned the Porsche 911 Turbo S, Ismael owned a Porsche Panamera Turbo, now owned by Tyrell Johnson of Automotive Personalized. At the time of the Panamera, Ismael had no intentions of starting anything within the Utah car community.

“I didn’t get (the Panamera) because I wanted to be friends with supercar people. I bought it because I liked it, I could share it with my friends and family, and it was elegant. I would have never dreamed of where it would lead,” he said.

Not long after his Panamera purchase, Ismael came into contact with local celebrity, and world-famous car YouTuber, James Condon  —  also known as “TheStradman.”

“When I owned the Panamera, there was a time when James was in California and posted that he loved Murciélagos. I messaged him that I had a friend with two Murciélagos, and he responded! We’ve been good friends ever since then,” Ismael said.

He recalls the first time going on a drive with other supercars. “TheStradman invited me on a drive and I had a blast. Driving with other cars, feeling their energy, and seeing other’s faces on the road, was so much fun. It made me happy to see others happy. I had never experienced anything like it,” he said.

Much has changed in the local supercar scene since then.

“It was hard to get people out, initially,” he said. So in 2018, Ismael and Jawn, decided that it was time to make something official and create their car club, where they could make it what they wanted. And Need 2 Drive Utah was born.

“The dream was to get people out, to unite people who enjoy driving together in a larger group. To that end, I think we’ve succeeded,” he said. 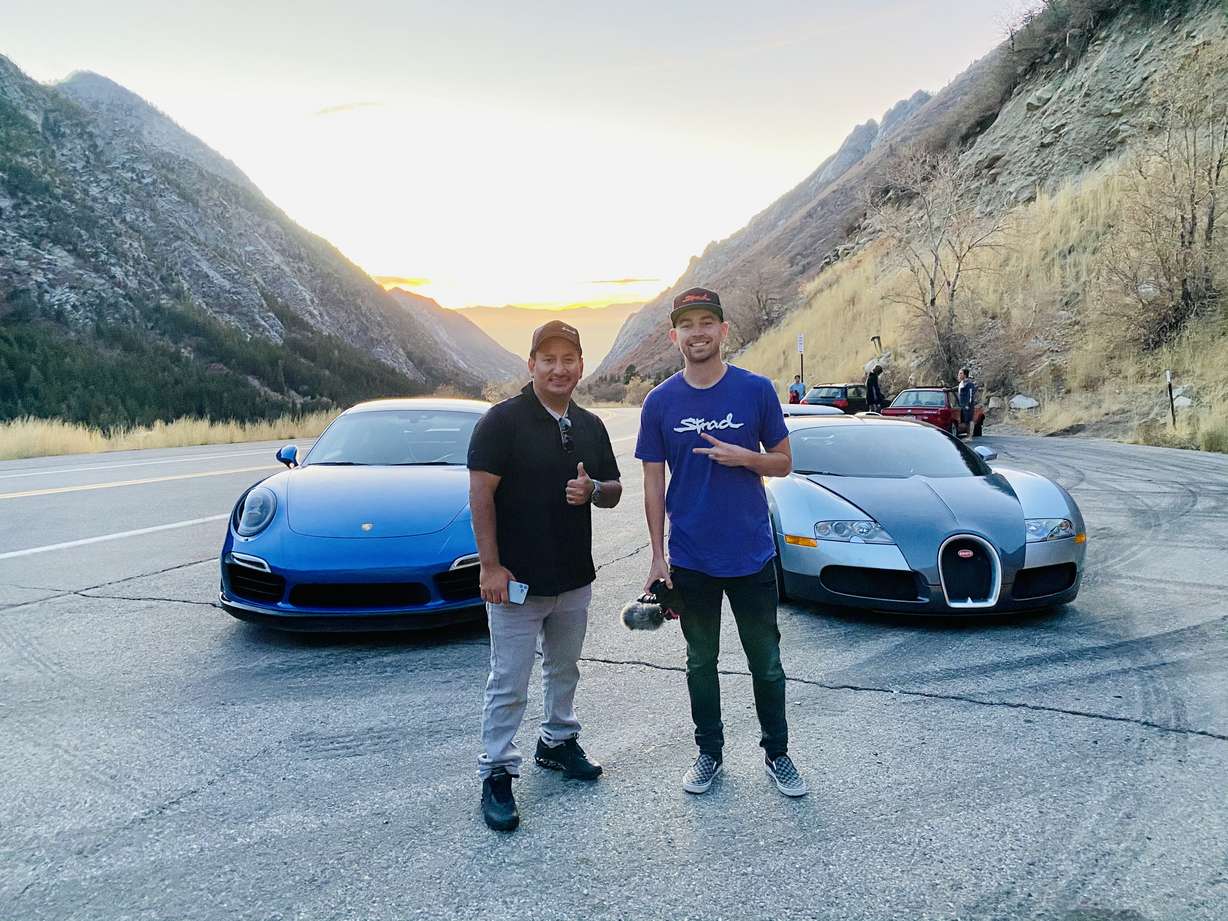 The Growth of Utah's Car Community

On a cold day in February 2018, after a lot of work, organization and time, the moment arrived for Need 2 Drive to take its first drive.

“On the first drive, we had an Aventador, two Murciélagos and a GT2 RS, among other vehicles. Seeing the turnout, we knew there would be no looking back. We had about 30 cars. It was amazing,” he said.

Since that first drive, the cars in Need 2 Drive have more than doubled. “People don’t realize it, but Utah’s supercar scene is one of the best in the country,” he said. While interest is always high with people wanting to join, Ismael has kept the group mostly local, with strict standards for entry  —  owning a supercar being one of them.

“It’s private, and you have to be invited. It’s a carefully curated group. Some people ask why it’s so exclusive, and while it might be nice to let everyone in, I see it as a motivator to work hard to be part of it. That’s how we like to keep it,” he said.

That said, the community is rapidly growing. Ish points out that for many years, Utah has had many supercars and collections, but they have almost remained hidden from the public view. Now, with the advent of Need 2 Drive, cars are coming out of the garage and owners are sharing them.

“There are more supercars than ever before here, and, as a result, Utah is finally getting its first Lamborghini dealership,” he said.

“One of our goals is to make sure that not only is the present enjoyable, but that future generations are inspired to dream big and keep the community going.” 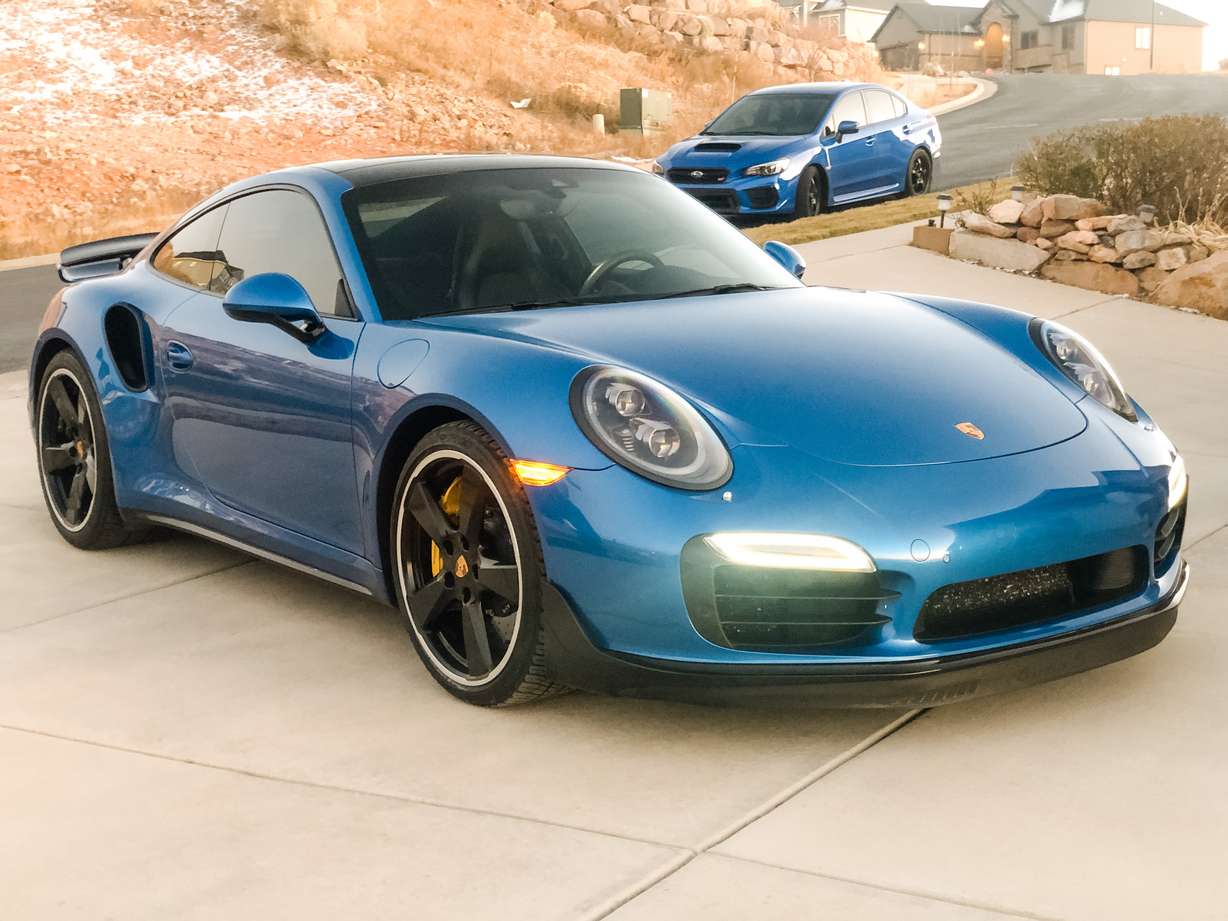 As the supercar community has expanded in Utah, so have the cars. The public may not know this, but Utah has some of the rarest, highest performing vehicles in the world.

As a sampling, the club has a Porsche 918 Spyder and a few Porsche Carrera GTs. Ferrari is also a popular make with members of the club, their models including an Aperta, an Enzo, a 288 GTO, an F40 and F50. You’ll also see first- and second-generation Ford GTs, a few Lexus LFAs, a Bugatti Chiron, a Bugatti Veyron, a McLaren Senna, and several Rolls Royces. There are also Lamborghini Aventadors and SVJs, Urus, Diablos, Murciélagos, Countachs in the club.

Vision and Values of Need 2 Drive

Whether at rallies, car shows, cruises, events or private parties, Need 2 Drive strives to help kids. “We are happy to come together and support any charity that supports children. We try to combine cars and needs wherever we can,” he said.

“We want kids to dream. But they can’t dream if they can’t see the cars. That’s why Need 2 Drive exists.” 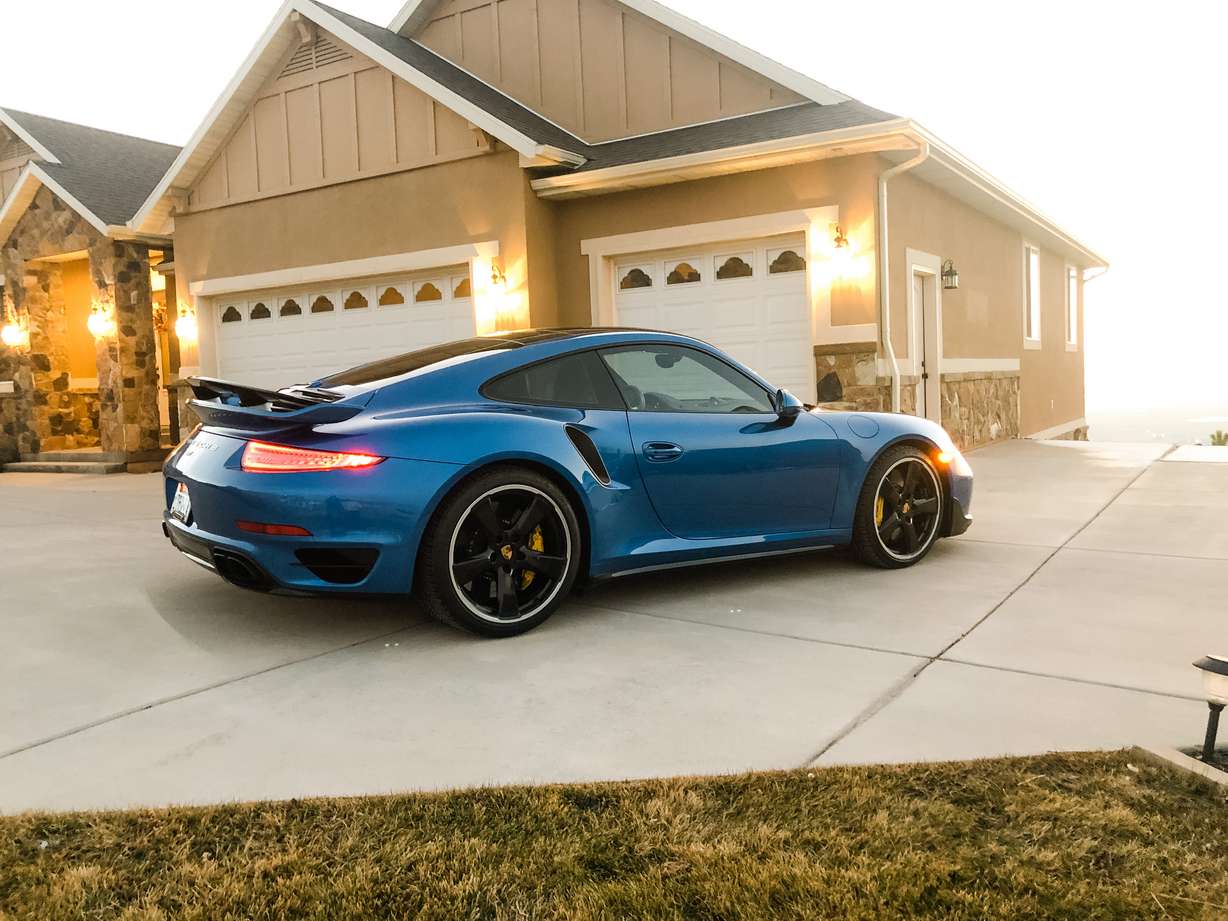 What Cars Mean to Ismael

When asked what cars mean to him, Ismael responded, “Cars represent to me the pursuit of excellence, the pursuit of high-end engineering, high performance  —  creating the pinnacle of driving.”

He continued, “They are a passion. It’s a healthy addiction. It’s amazing to drive something created by men and women that represents the passion and drive that I have. These cars are expensive, but when you drive them, you understand why they cost so much. They mean the world to me.”

Beyond the love of cars, it’s those he’s met and become friends with that he is most grateful for.

“At the end of the day, the cars are great, but it’s the people along the way that makes it special. I am grateful to them, not only for opening their houses and garages to me but for their friendship. It’s because of cars that I have the friends that I do. For so many years I wasn’t able to find a group of people that I could call family. In this community, I’ve found it,” he said.

When it comes to inspiring future supercar owners, Ismael speaks from his experience. “No matter what you do, work hard. Don’t be afraid of working. Find what you like, what you are good at, and do that. If you make money, that’s great. If you don’t, that’s great, too. In my mind, you’re having success, either way, because you’re doing something that brings you happiness.” 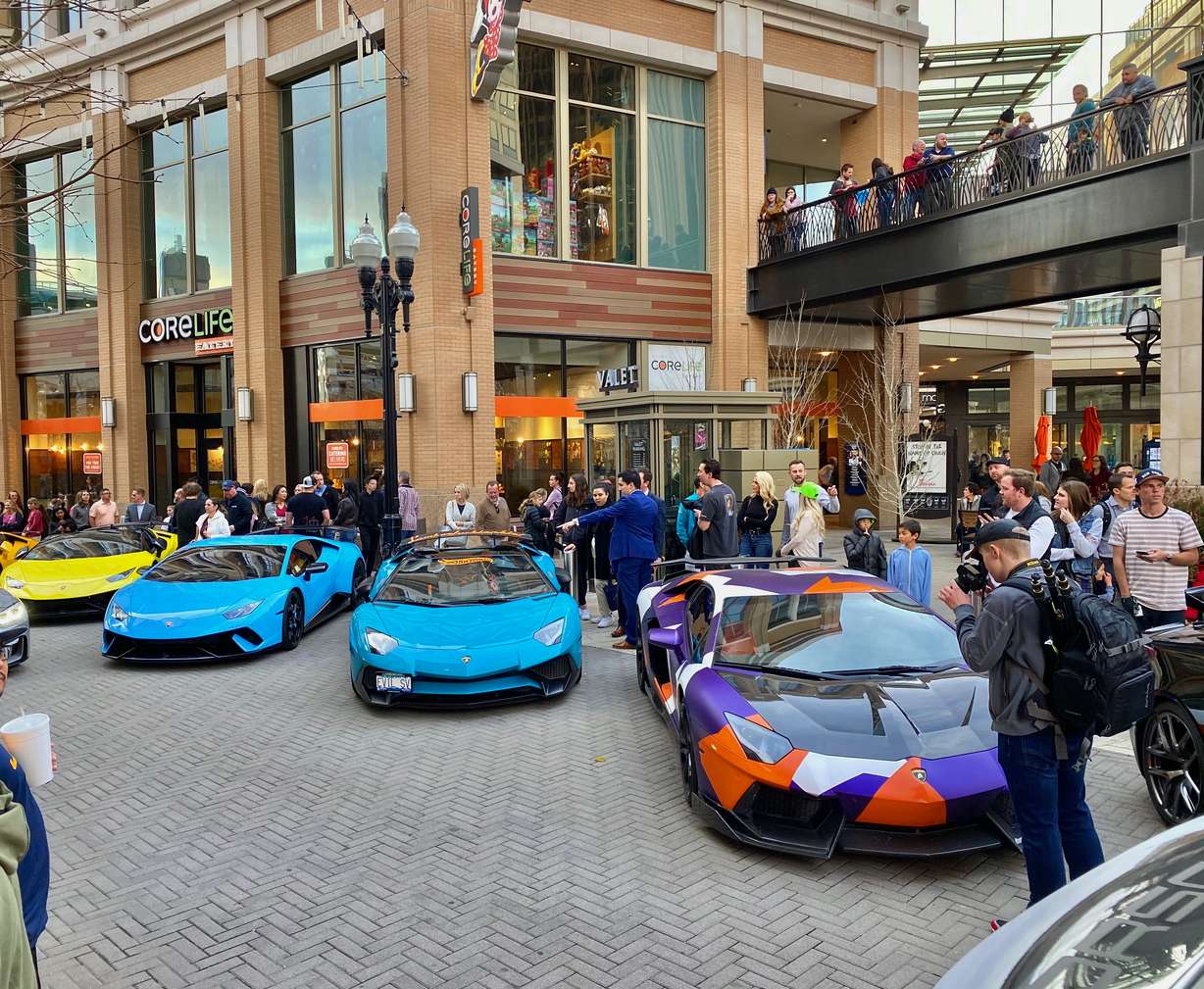 Gratitude for the Utah Community

Ismael is also very grateful to be a part of the Utah culture. “Utah is one of the hidden gems of the United States. It’s a great place to grow this community. One of my dreams is to do something that brings smiles, to bring happiness, right here in Utah. And by supporting my local car community, that is happening.”

Most of all, Ismael is grateful for his family, especially his mom and dad. “Without their love and support I wouldn’t be where I am today,” he concedes.

How to Get Involved

For more information on Need 2 Drive or its events, follow @Need2DriveUtah on Instagram. You can also follow Ish’s personal account, @PorscheDriver801. “You can bet that whenever we can get back to our shows, they will be back and bigger than ever,” he said.

It’s sure to be worth the wait.

Find your own Porsche, Ferrari or Lamborghini on KSL Cars.