Since its debut in 2014, Apple CarPlay has slowly permeated the automotive industry and is now available in over 98% of cars in the U.S. Soon, it’ll be taking over your entire car — or at least most of your dashboard. In June 2022, Apple gave a sneak peek of the upcoming iOS 16 version of CarPlay — slated for release in 2023 — including a list of compatible vehicles.

With the next generation of CarPlay, you shouldn’t be tempted to pull out your phone while driving. That’s largely because everything will already be right in front of you. Instead of an interface that works with your car’s existing software, the new CarPlay replaces it entirely. The digital screen will span across all displays, giving you quick and easy access to phone apps and car gauges simultaneously. Because it fully integrates with your vehicle’s hardware, you’ll be able to adjust climate controls and tune the radio without exiting the interface. 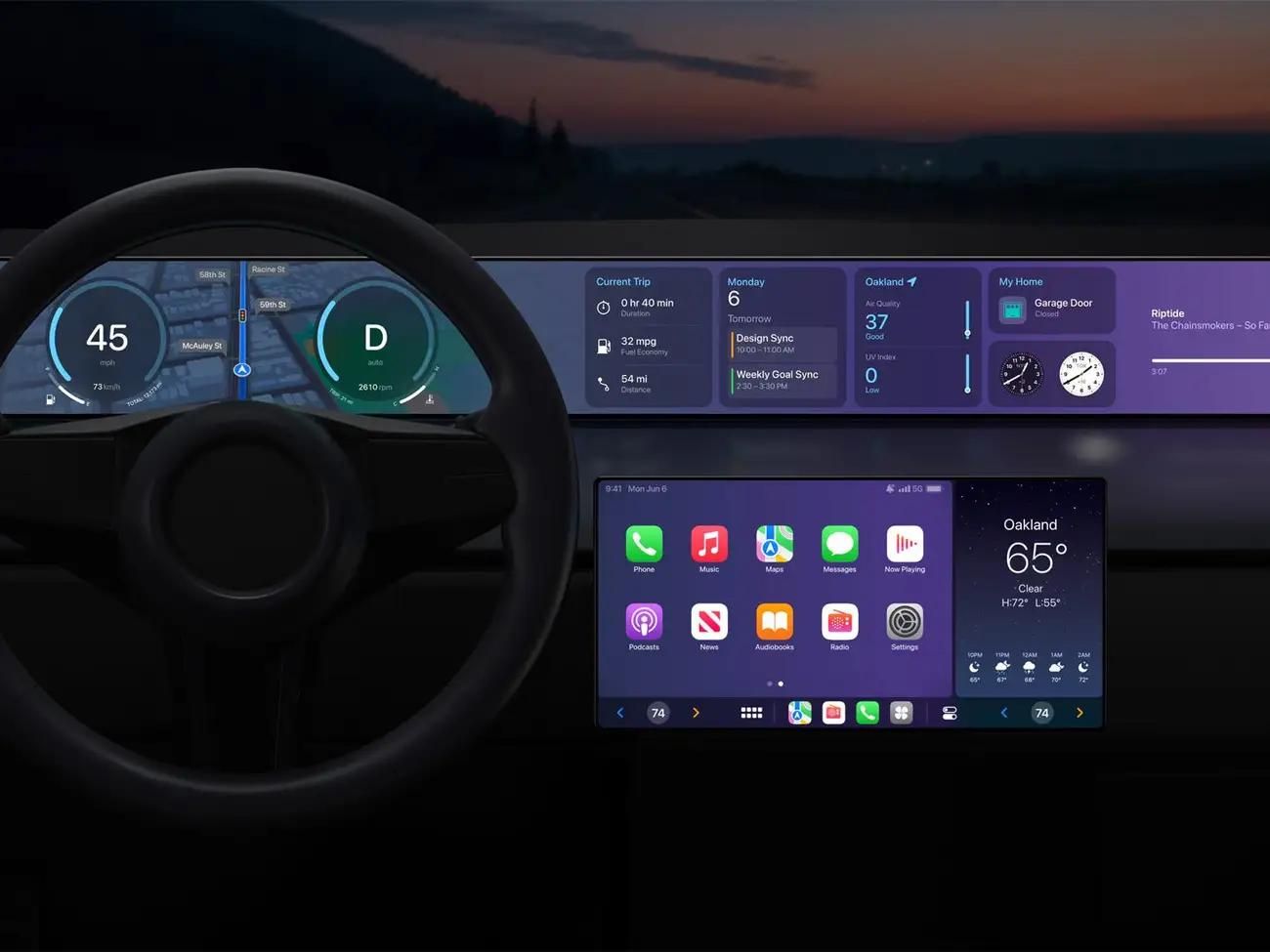 Information at a Glance

The Apple CarPlay update includes additional iPhone-powered widgets that can fit anywhere on the screen, including front and center on the gauge cluster. Your fuel economy, calendar appointments, weather information, garage door opener and more will be just a glance away.

Apple designed the new CarPlay to communicate with your vehicle’s real-time systems through your iPhone. All of your driving information — from speed to fuel level — will be on the digital display, no matter the shape or layout of your screen. 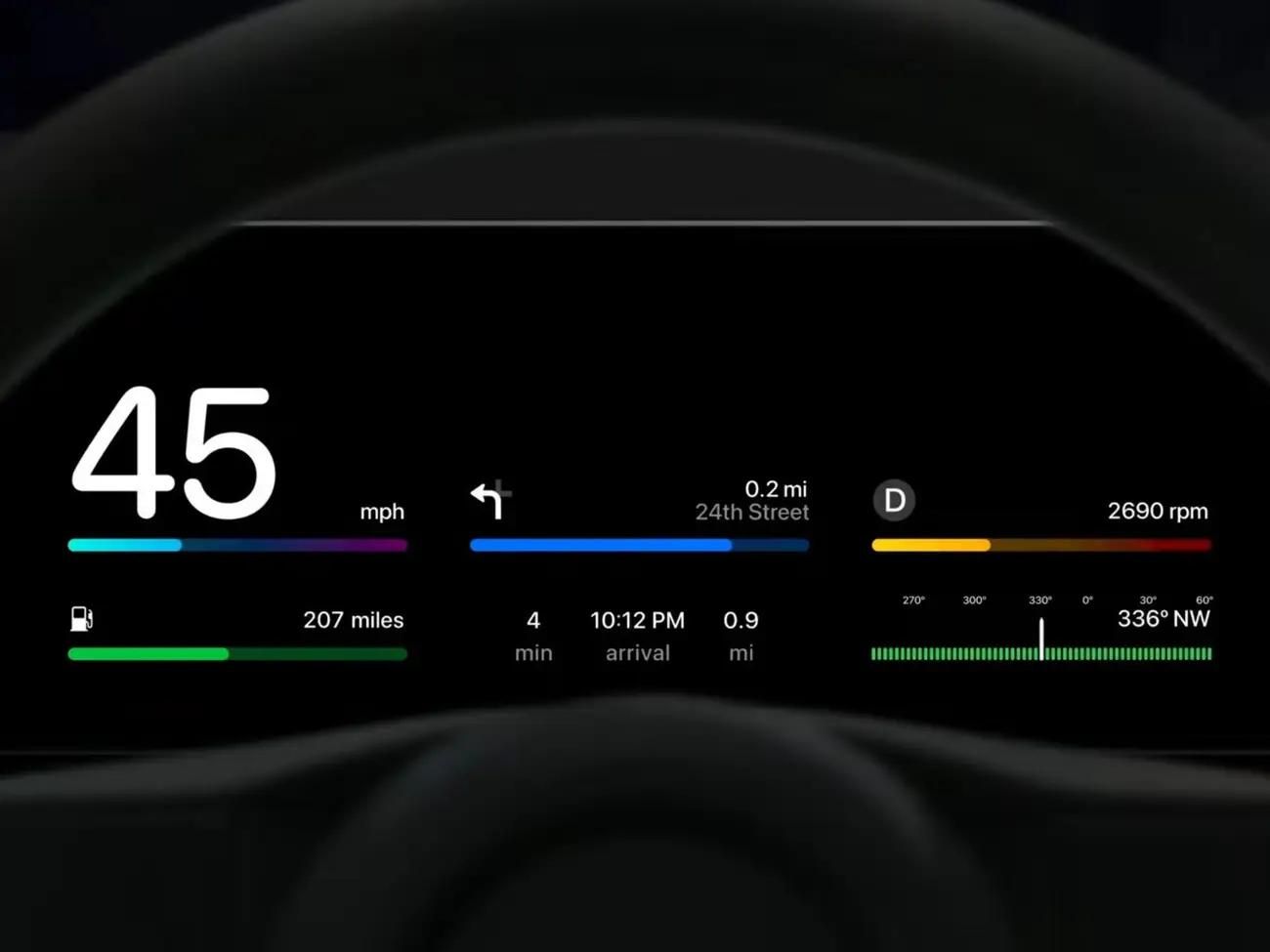 Since Apple cares about your individuality, it included plenty of customizable instrument cluster options. You can choose from a traditional gauge cluster with digital needles, or opt for something modern such as bright colors and unique dials. Whatever background, colors, styles and layout you want, Apple makes it easy to personalize your display. 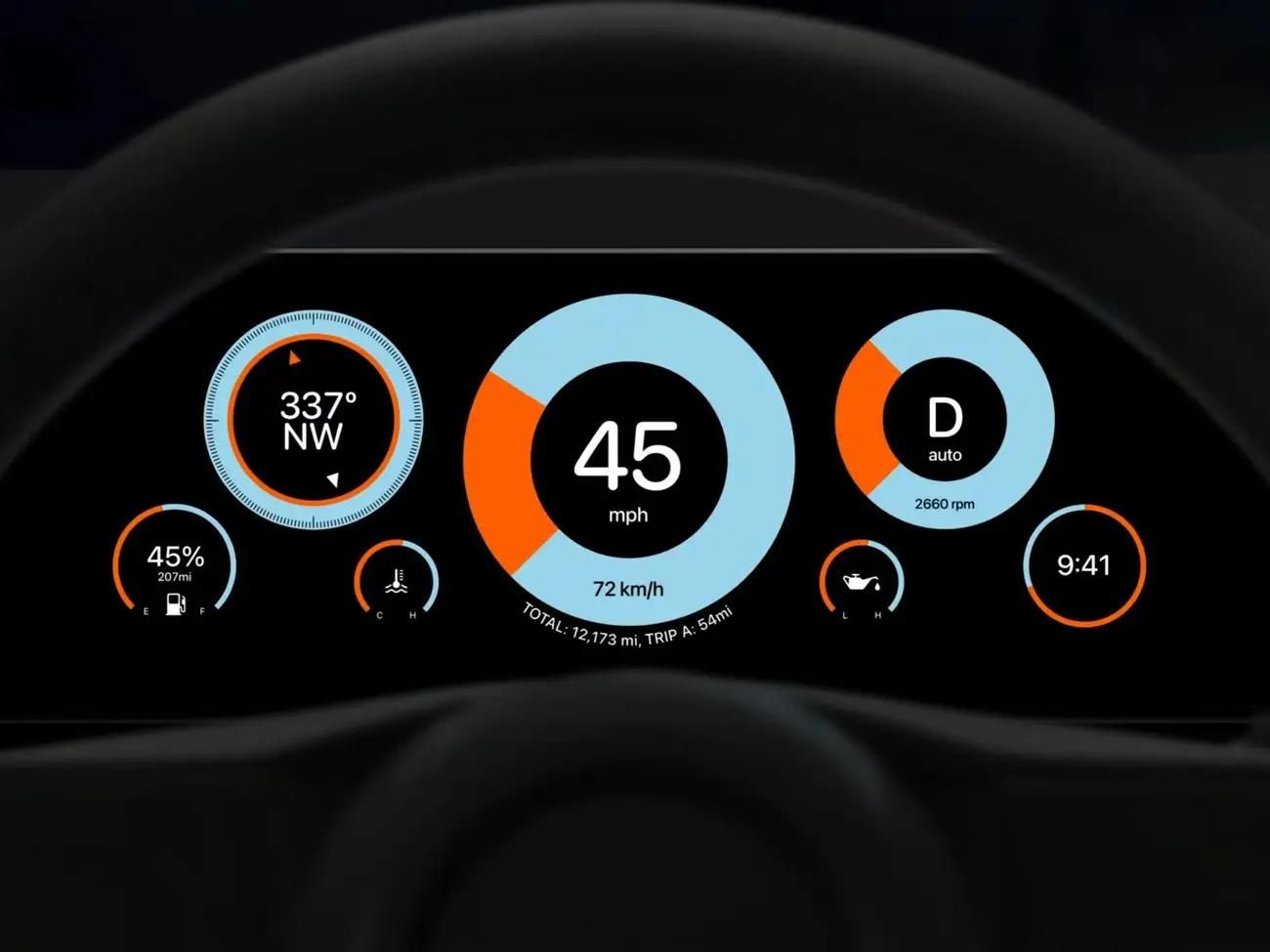 Apple plans to announce the full lineup of cars that will support the new version of CarPlay later in 2023. Manufacturers who’ve made the list so far include: 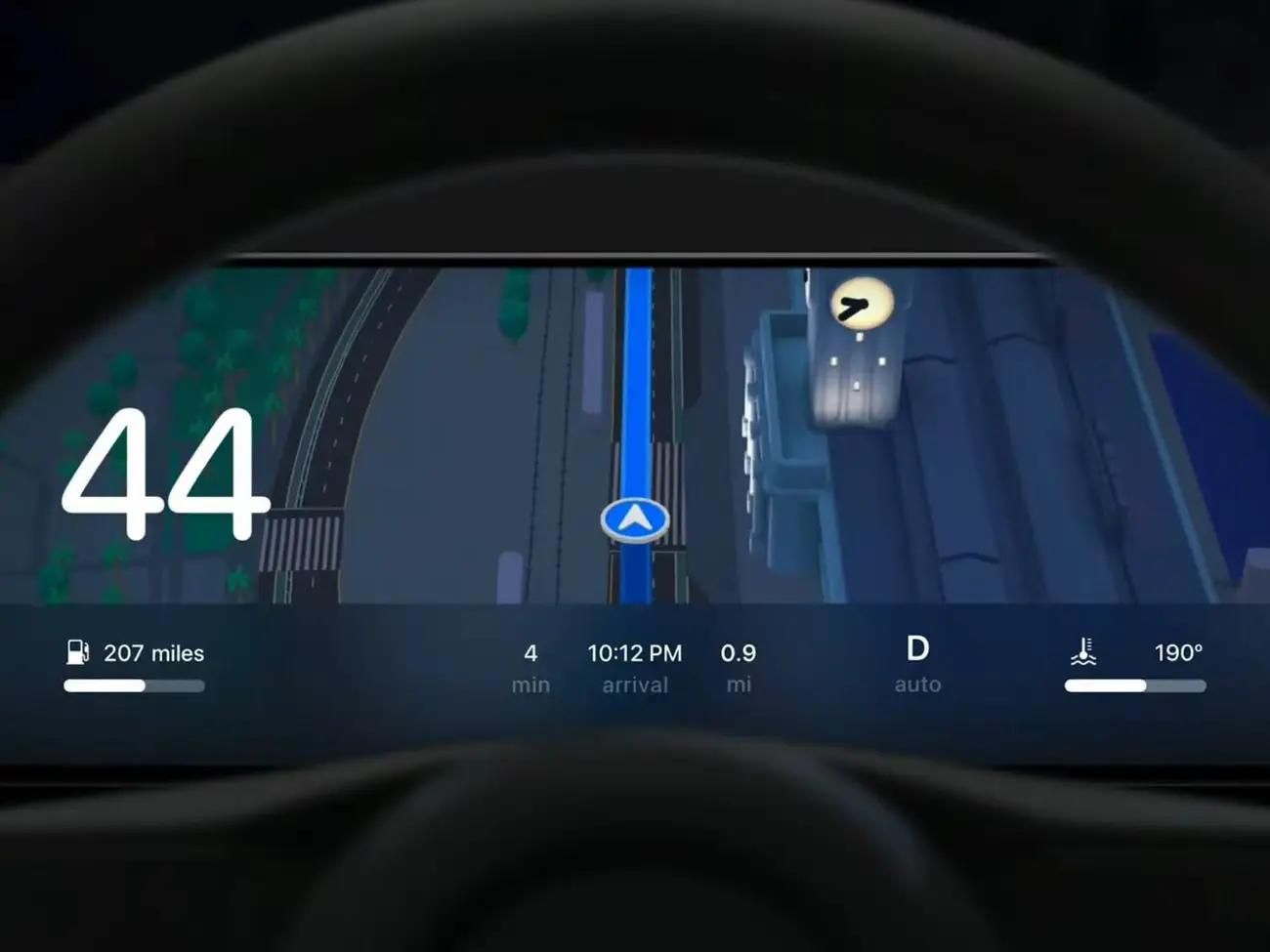 With Apple announcing the next generation of CarPlay so far in advance of its release, it has sparked further speculation that an Apple car might not be too far behind. Though the company hasn’t officially announced plans for a car, the online rumor mills are certainly buzzing.

In the meantime, the CarPlay update might give drivers a reasonable preview of what a fully Apple-powered car might feel like. For now, find thousands of vehicles to connect to on KSL Cars.