When the National Highway Traffic Safety Administration rated the Chrysler PT Cruiser more than two decades ago, it probably didn’t consider its potential as a demolition derby contender. But on July 23, 2022, enthusiasts at the 37th Fairview Demolition Derby did. Turns out, it’s not bad. 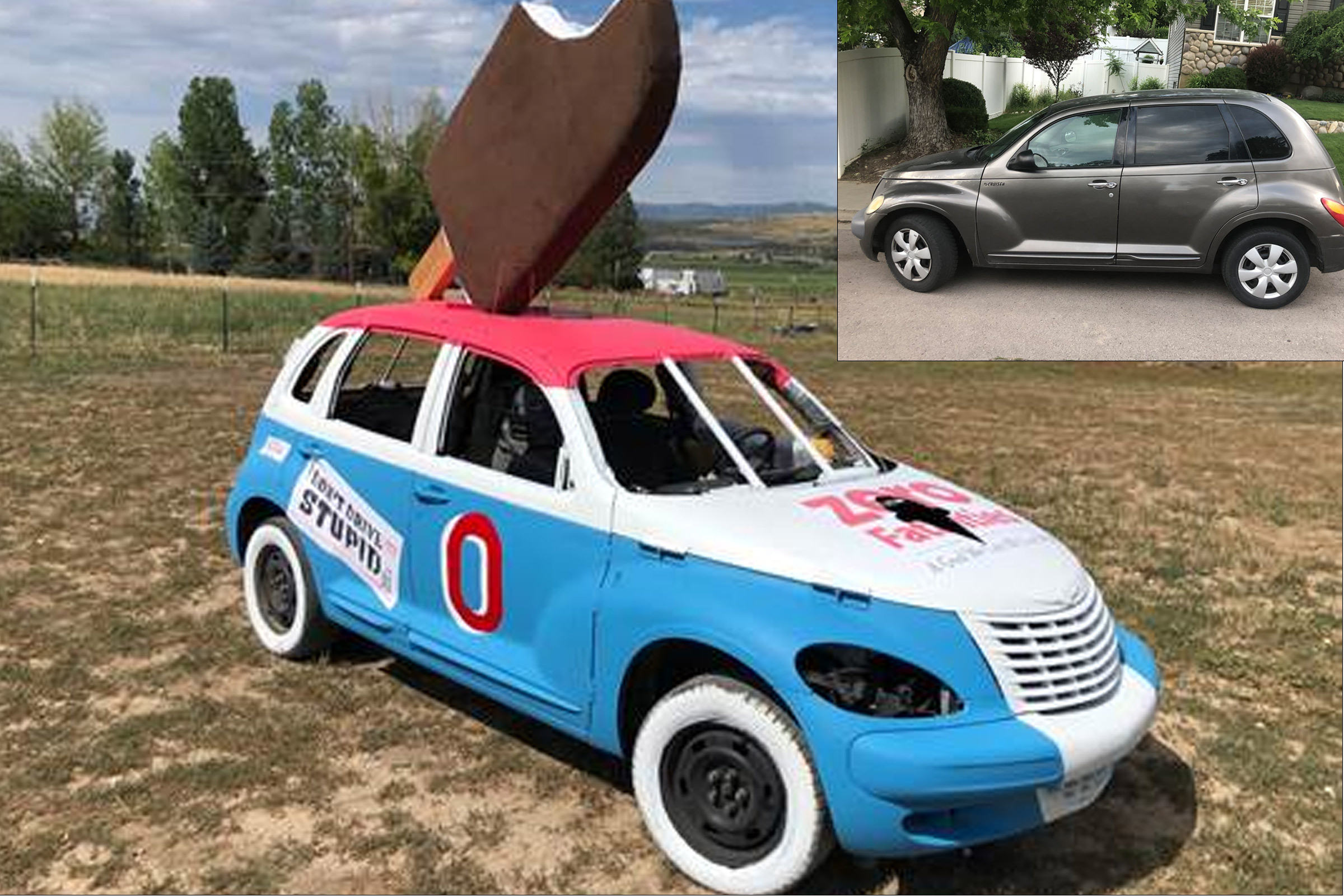 While most motorsports are about racing to the finish, a demolition derby is about surviving to the end. Vehicles meet together to literally drive into each other, battling it out until only one remains operational. The sport originated in the 1950s at tracks and speedways, but it has grown in popularity in recent decades. 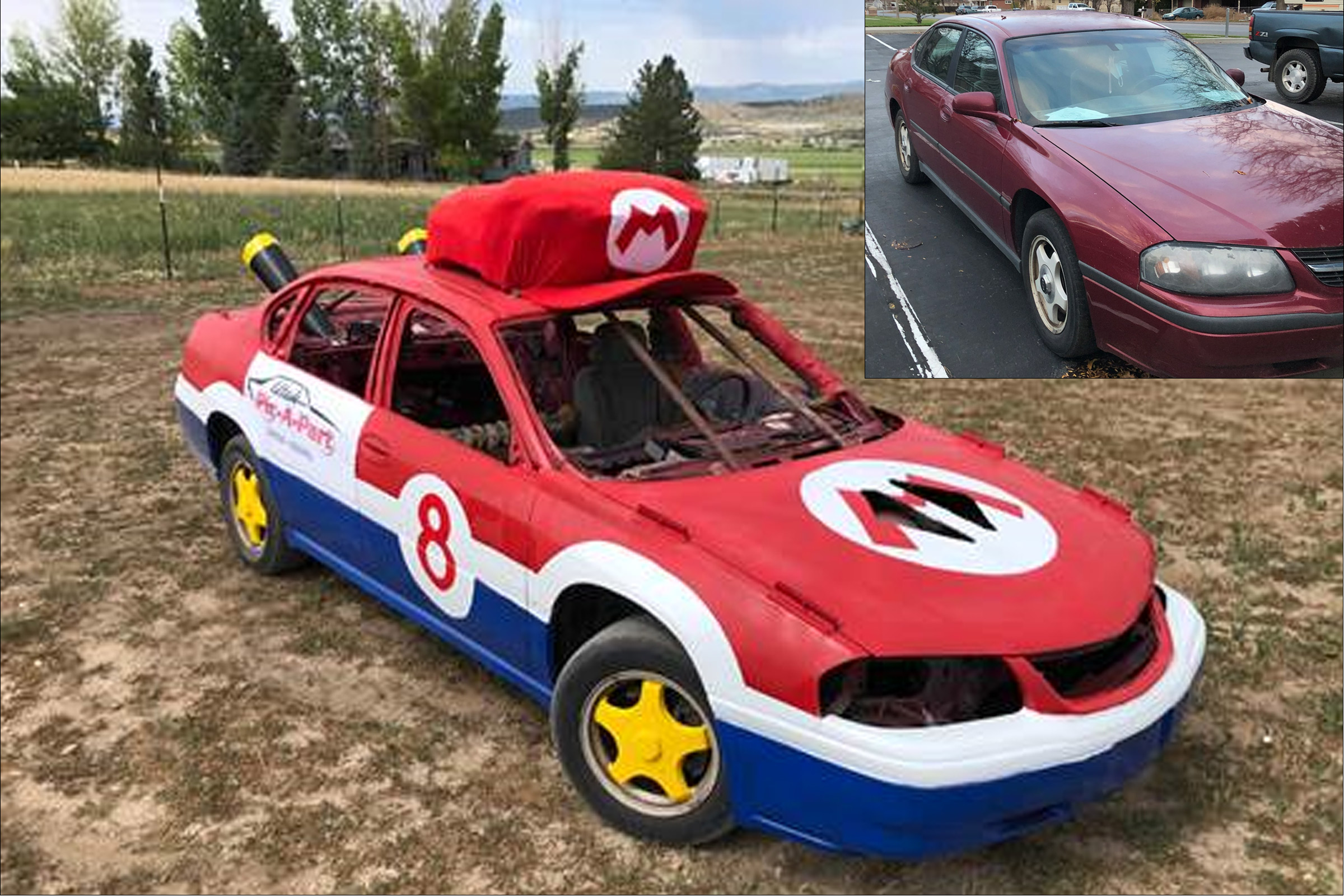 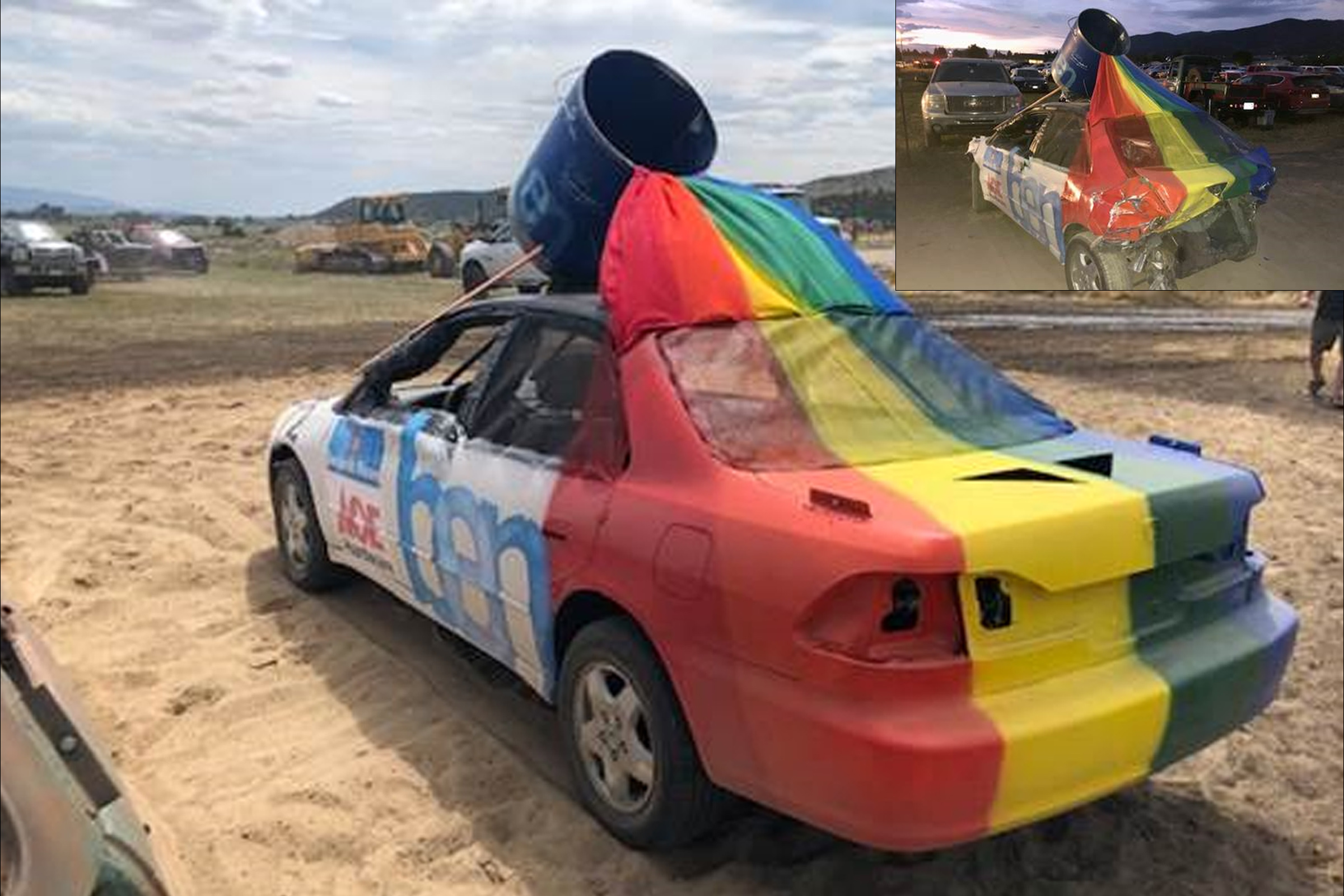 “I received mixed emotions from the sellers,” Jackson said about his acquisitions. “Some folks were glad that their cars were going to be used. One of the sellers even attended the derby.” 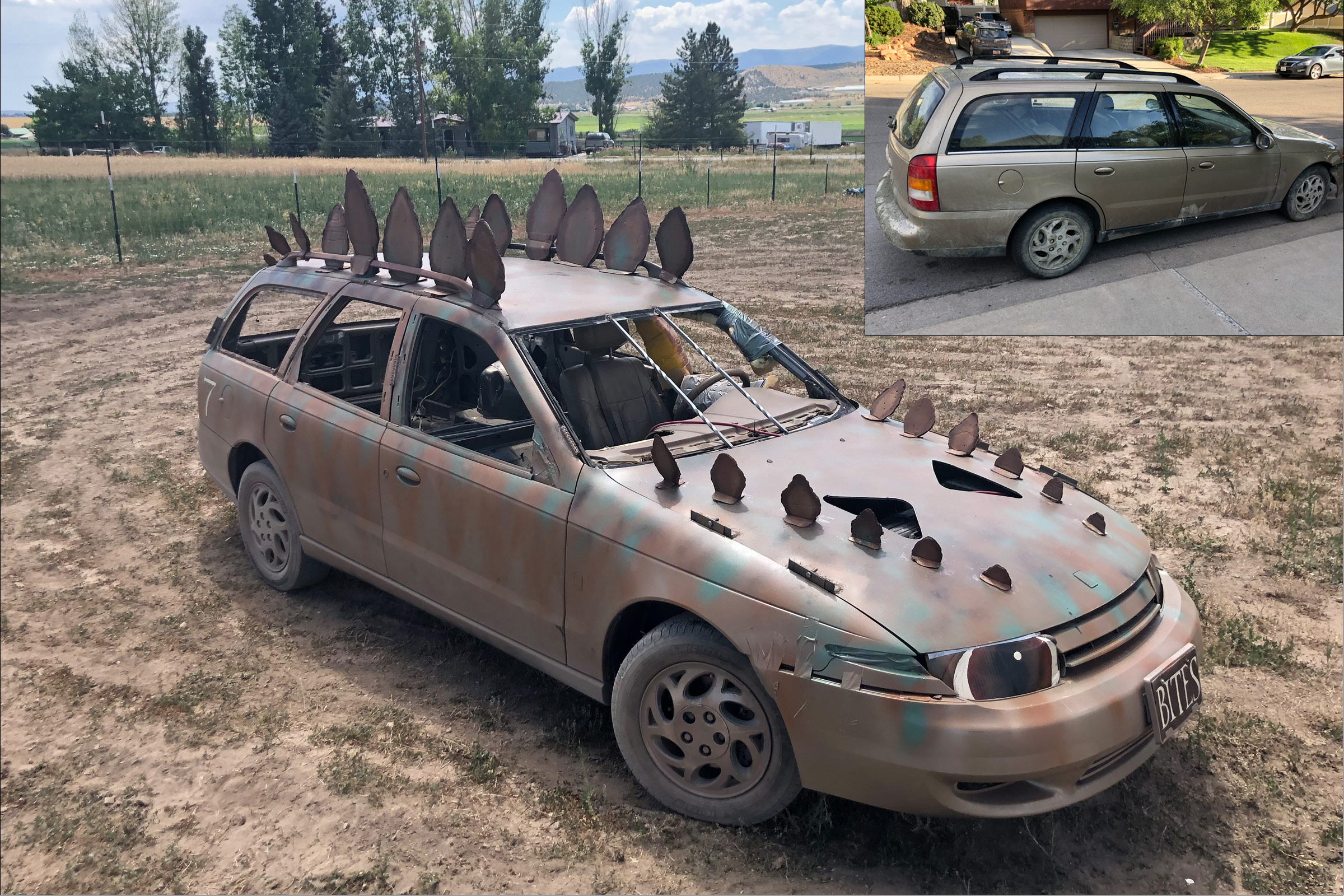 Rules of the Road

Once purchased, Jackson’s cars were customized by their respective sponsors and prepped for battle. Derby rules are specific about what is (and isn’t) allowed to make things fair and safe for everyone.

Popular cars over the years have included American-made station wagons and sedans, due to their large and heavy frames. Some cars are so crash resilient that they’ve been banned from competition. For example, Fairview’s demolition derby restricts participation of 1973 and older Imperials. Regulations include limitations such as:

Putting On a Good Face 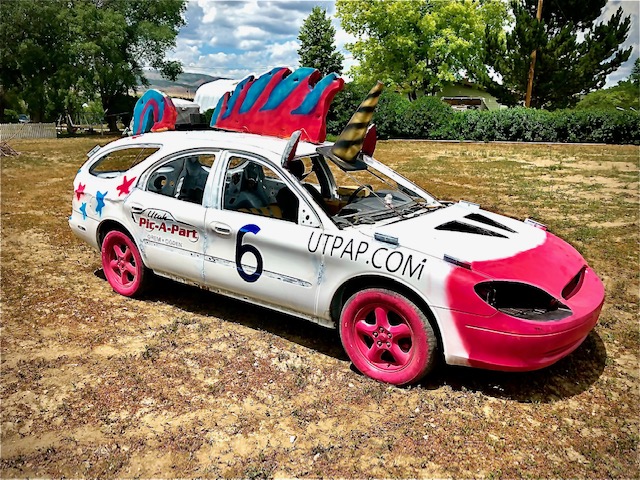 Jackson’s family has been watching the demolition derby for several years in Fairview, his mother-in-law’s hometown. But, he didn’t become a driver until 2021. He remembers asking his wife if she’d let him compete.

“Only if you decorate the car like a unicorn for our daughter,” she told him. Not long afterward he won his heat in the ‘90s class, driving a unicorn-themed Ford Taurus station wagon. The passion had been lit.

This year, he reached out to volunteer and get more involved by seeking event sponsors. Three of Jackson’s cars for the 2022 demolition derby were sponsored by Pic-A-Part, the other by Ace Hardware.

This year’s sold-out derby included a new event called a hot pursuit heat. City leaders, including the mayor and sheriff, joined in for a lap to demonstrate their driving abilities. To keep the enthusiasm ramped up, judges watch to make sure all cars make some sort of vehicle contact at least every two minutes. 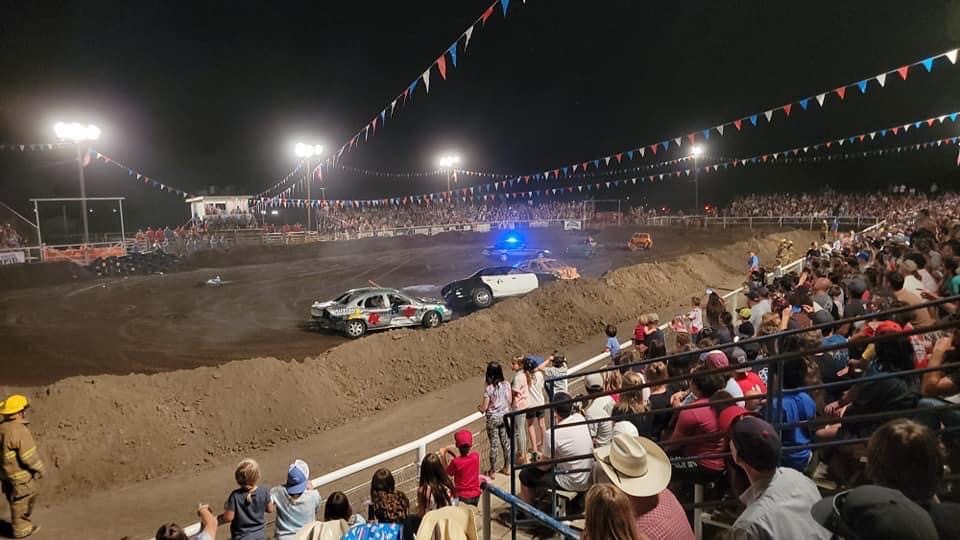 Sometimes it’s the drama that gets the crowd going. “There were a couple cars that flipped, which was exciting but scary,” Jackson said. Everyone was OK.

Prize stakes were substantial at this event, including a $1,000 prize and a Ford Crown Victoria to the winner of the Most Aggressive title. Jackson won his heat with the 1999 Accord. He plans to return in 2023 and beyond to uphold his reign and keep building the event. “My son said I have to keep driving again until I lose,” he said.

From a cosmetic perspective, a car may appear totally worn out. But it may still have a life as part of a demolition derby. If it’s on the verge of junkyard status already, why not? Whether you’re hunting for a cheap ride or a high-end supercar, check outKSL Cars for the most comprehensive selection of vehicle listings in the region. If you’d like to put your find in the next derby, contact Fairview City. 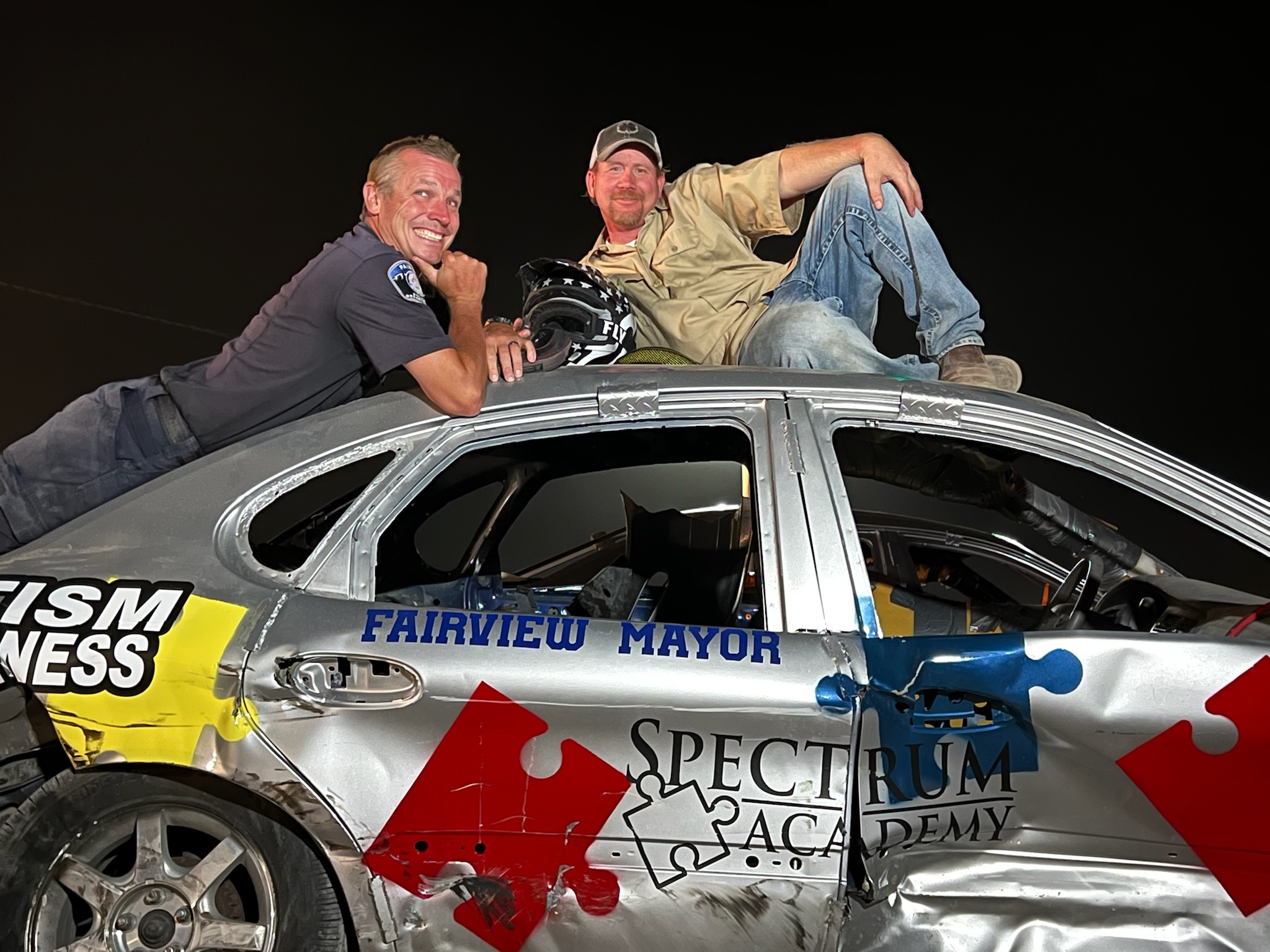