Toy Drive Attracts Premier Car Sponsors for a Cause

When Sebastian Perez was diagnosed with osteogenesis imperfecta — a genetic disorder characterized by soft, brittle bones — as an infant, no one could have imagined the impact he would have on countless other children and the car communities of Utah and California.

“Going through treatment made me think, I just wanted to help make kids’ lives better,” Sebastian told me during an interview that also included Mike Soldan from 118 Racing and Justin Wallace from 80 Eighty.

Sebastian has chosen to focus outward, especially on helping other children. He started Born 4 Fast, a charity organization that brings local car communities together to give back to those in Shriners Hospitals For Children.

“We’ve done a lot of these toy drives with different car groups in Utah and California. We go back and forth a lot between the two, and we hope to come to other states soon,” Sebastian said. “One of the earliest events was a rally in Los Angeles. I thought it would be small, but it was flooded with cars. It was crazy. We raised over $7,000 at that rally for Shriners Hospital in Los Angeles.” 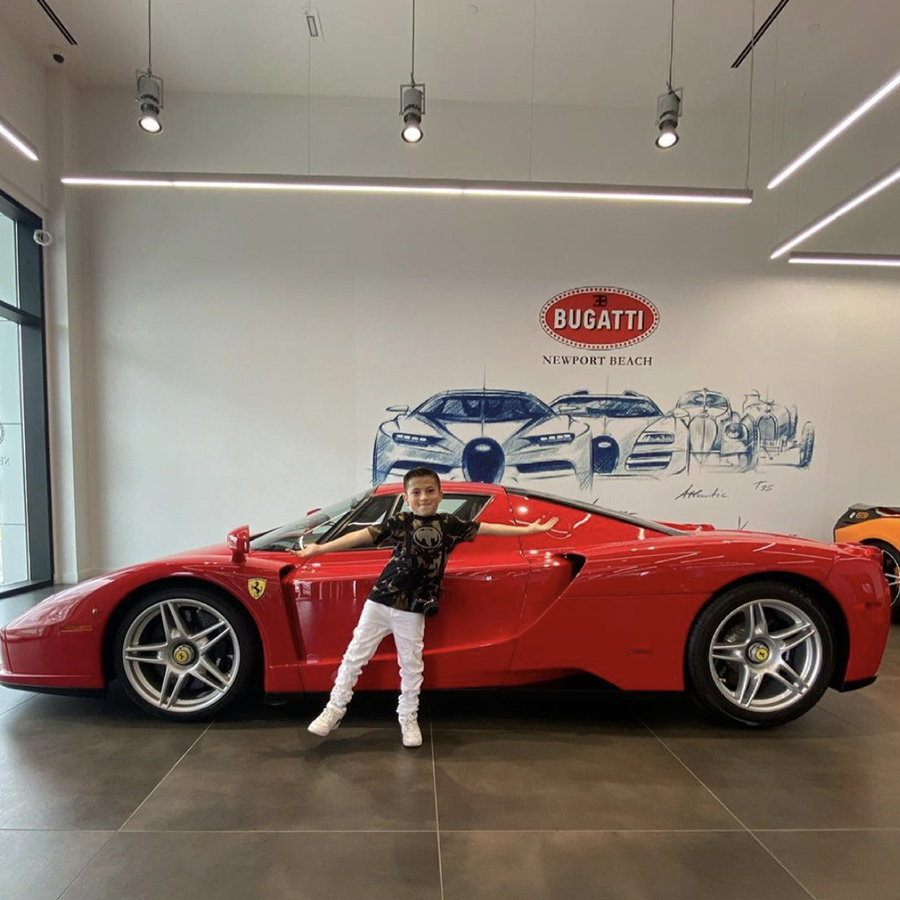 Since then, Sebastian’s impact has continued to grow.

Since he was very young, Sebastian has been outward and forward-thinking about the kind of life he wants to live, and some of that inspiration came from right here in Utah.

“When I was younger, The Stradman invited me to the racetrack in Utah and a news crew was there. They interviewed me and asked if I was scared of the loud noises. I answered, ‘No, because I was born for fast!’ That got me thinking about making shirts and hats, and I decided to brand it as Born 4 Fast,” recalled Sebastian.

Since he was six months old, Sebastian has been a frequent patient at Shriners Hospitals in California and Utah. Every six months Sebastian visits the Salt Lake City Shriners Hospital. With his bones in their brittle condition, he needs the expertise of the Utah physicians to help make sure he is growing as he should. Having broken more than 95 bones in his short life, he’s grateful for their excellent care. He is now an official ambassador for Shriners Hospitals.

“When I was a patient, the hospital workers would bring me toys, and those toys entertained and distracted me from all the pain. I want to give back and help the kids have a good life, especially when they’re recovering from treatment,” he said. 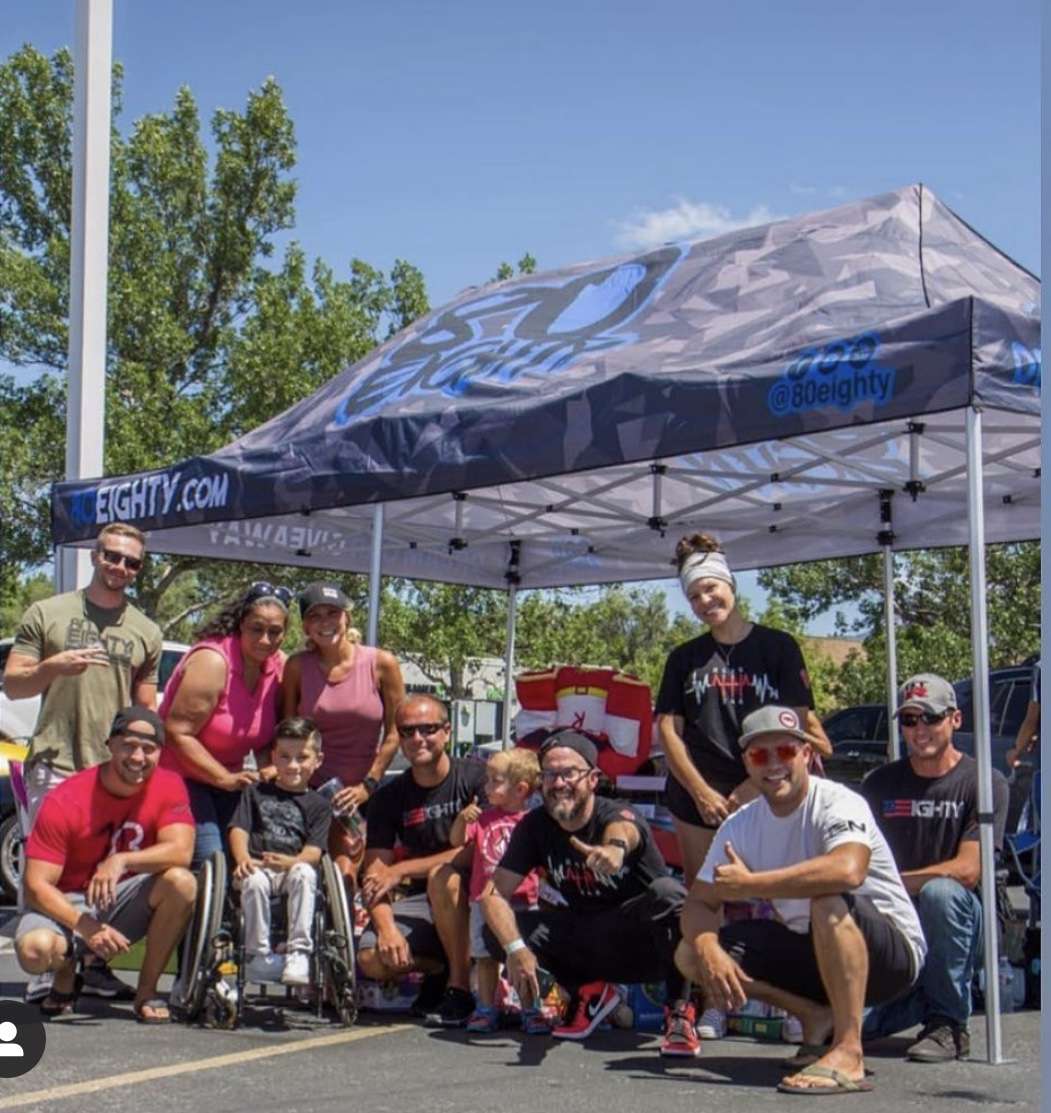 Overwhelming Support From the Car Community

When Sebastian first started Born 4 Fast, he knew he would need sponsors to help it become something big. A fan of a popular Utah car giveaway and clothing company, 80 Eighty, Sebastian shot for the moon and reached out to the company’s founder, Justin Wallace.

“I told my mom, ‘I need help and I’m going to contact 80 Eighty.’ My mom thought I was crazy, but the next thing I know, Justin was calling me! I didn’t even know who Justin was, I thought he was just a worker for 80 Eighty. He invited me out, we went to his house for a little bit, and I thought, ‘this stranger is cool.’”

From there Justin reached out to 118 Racing, a motorsports lifestyle brand started by Utah brothers Jon and Mike Soldan. Now there are close to a dozen sponsors of Born 4 Fast, including KSL Cars.

“At first I thought I wouldn’t be able to get any sponsors, but suddenly I was becoming best friends with these guys. Then The Stradman started coming and it got crazy. We’ve got more sponsors than ever since then,” he said.

When asked why he has taken a special interest in Sebastian and Born 4 Fast, Justin Wallace of 80 Eighty said, “Seb is the inspiration. Hearing his story, it’s amazing. Now when he comes [to Utah] he stays at our house. Shriners goes through toys pretty fast, so Sebastian does this at the midpoint in the year so they have plenty of toys until Christmas. It’s inspiring.”

Mike Soldan of 118 Racing said something similar when asked why 118 Racing has been involved. “It’s all about Sebastian. We try to always support kids, but when Justin hit us up about this one three years ago, we initially thought, ‘Oh it’s just another one.’ But because it was coming from Justin, we knew it was special. We blocked off our morning and met Sebastian at the first toy drive and we immediately knew we wanted to be involved.”

“This is a huge event. We bring out everything for this,” Mike said. “We bring all our cars, we donate the proceeds from any merchandise we sell, it’s all about giving back. This is the coolest car event in Utah for the year, by far.” 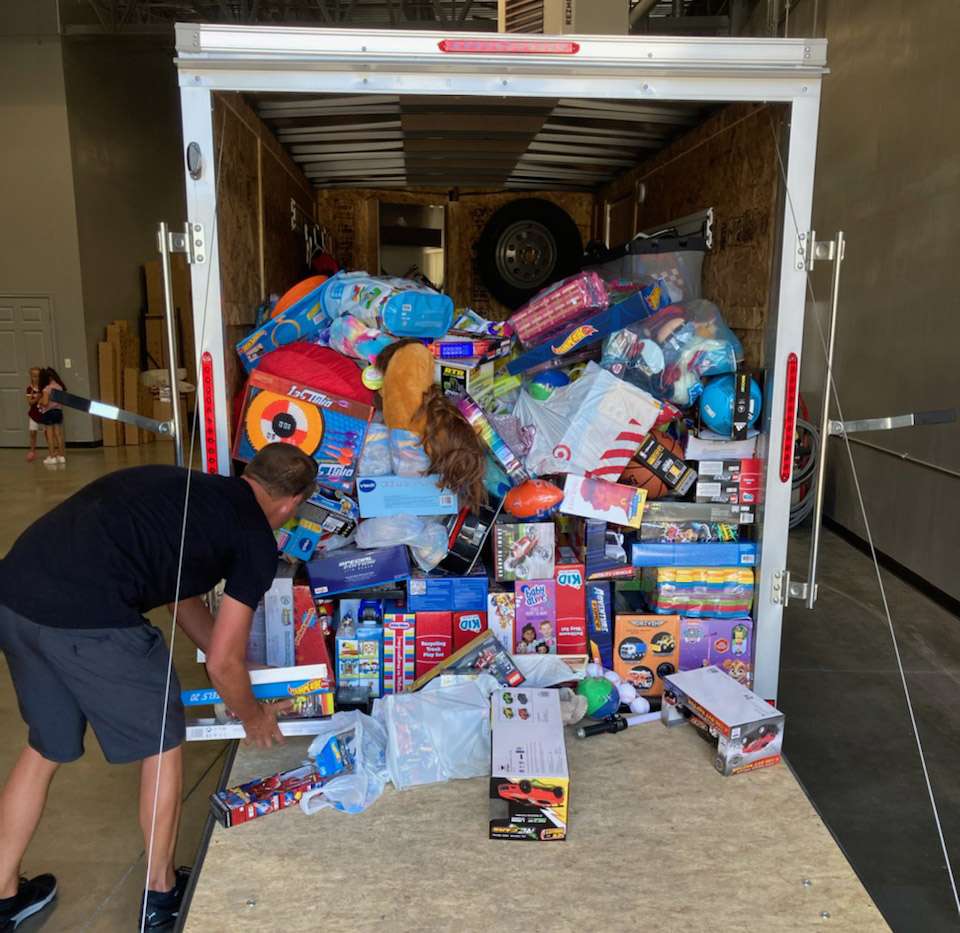 About the author: Having owned everything from a DeLorean to an E46 M3 and a Toyota Land Cruiser, Jason Bell is a lifelong car enthusiast who loves sharing his passions as a teacher, writer, speaker and social media manager. Contact him at jasonbellcars@gmail.com for comments/questions, or just to say “hi.”